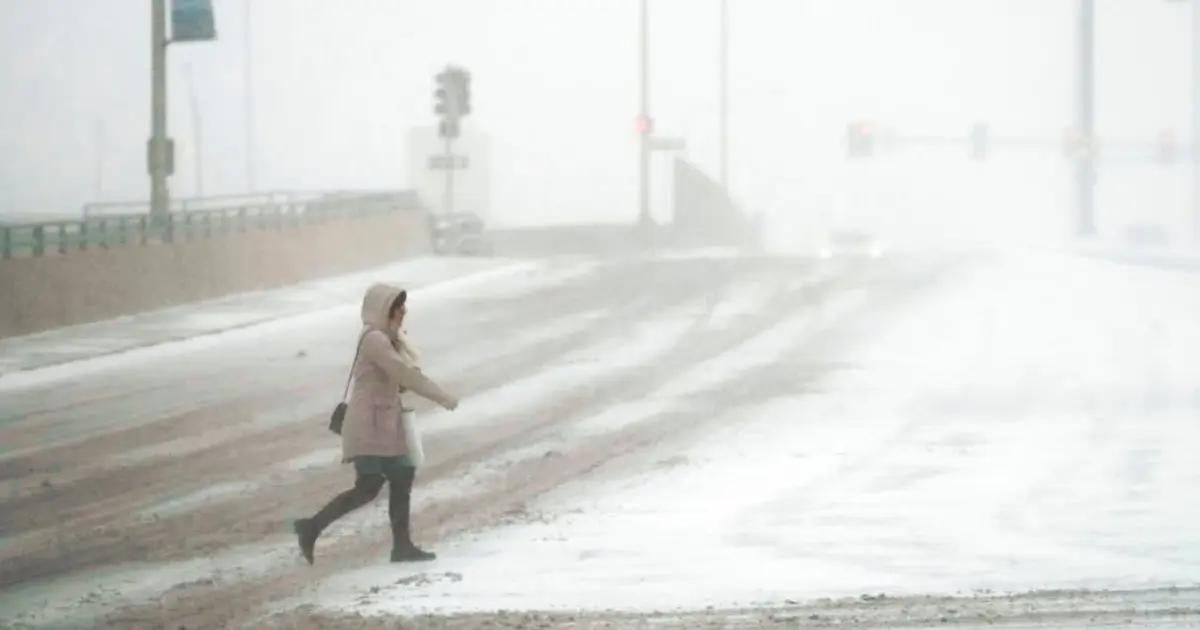 “Four fatalities have resulted from a devastating cyclone bomb that struck the United States just days before Christmas 2022. While the temperatures are expected to remain extreme in the coming days, authorities have issued a dire carbon monoxide warning.

Emergency personnel in Fort Worth, Texas, have confirmed the death of an individual exposed to the freezing weather. The victim’s identity has not yet been released, but they were transported to a medical facility for treatment before their demise.

Early on, the capital of Ohio, Columbus, registered a record temperature drop of 27 degrees in a 3-hour timespan.

The medical organization MedStar has received 27 emergency calls about the frigid temperatures, according to The Sun. Additionally, the Governor of Kentucky, Andy Beshear, has reported three fatalities linked to the extreme weather that occurred early Friday.

These deaths occurred in western Kentucky, in Louisville, and in a third, undisclosed location. In light of the arrival of this phenomenon and the associated fatalities, the U.S. Consumer Product Safety Commission has issued an alert.

They launch alerts for millions in the US

The CPSC has advised that the possibility of power outages may increase the use of portable space heaters. The commission has stated that “consumers should be especially cautious when storms knock out power. Portable generators create a risk of (carbon monoxide) poisoning that can cause death within minutes,” according to The Sun.

Exposure to carbon monoxide (CO) can lead to various health effects ranging from mild to severe. If you think you may have been exposed to CO, it is important to seek medical attention as soon as possible.

According to CDC, some of the possible effects of CO exposure include:

If you are experiencing any of these symptoms and suspect that you may have been exposed to CO, it is essential to see a doctor as soon as possible. CO poisoning can be treated, but it is vital to catch it early to avoid serious complications.

The National Weather Service has also issued alerts for millions of Americans in 37 states.

As many as 200 million people are currently under warning from the National Weather Service as millions of Americans endure freezing temperatures, blizzard conditions, power outages, and canceled holiday gatherings due to a winter storm that has brought severe weather alerts to approximately 60% of the population, according to the AP.

More than 3,400 flights within, to, or from the United States have been canceled due to the storm, according to FlightAware.

Some airports, including Seattle-Tacoma International, have closed runways, and over 458,000 homes and businesses are without power.

The storm stretches from border to border, causing flight cancellations at Toronto’s Pearson International Airport in Canada and causing migrants near the U.S. border in Mexico to endure unusually cold temperatures as they await a Supreme Court decision on the legality of Title 42, a measure that prevents many from seeking asylum.

President Joe Biden has declared, “This is not like a snow day when you were a kid. This is serious stuff.”

Why did the bomb cyclone occur?

The weather service has predicted that Philadelphia will experience the coldest Christmas in over two decades, leading to online classes or cancellations. South Dakota Governor Kristi Noem has activated the National Guard to transport firewood from the Black Hills Forest Service to the Rosebud Sioux Tribe.

Meteorologists have determined that the bomb cyclone, characterized by a rapid drop in atmospheric pressure during an intense storm, developed near the Great Lakes, bringing about blizzard conditions including strong winds and snow, according to the AP.