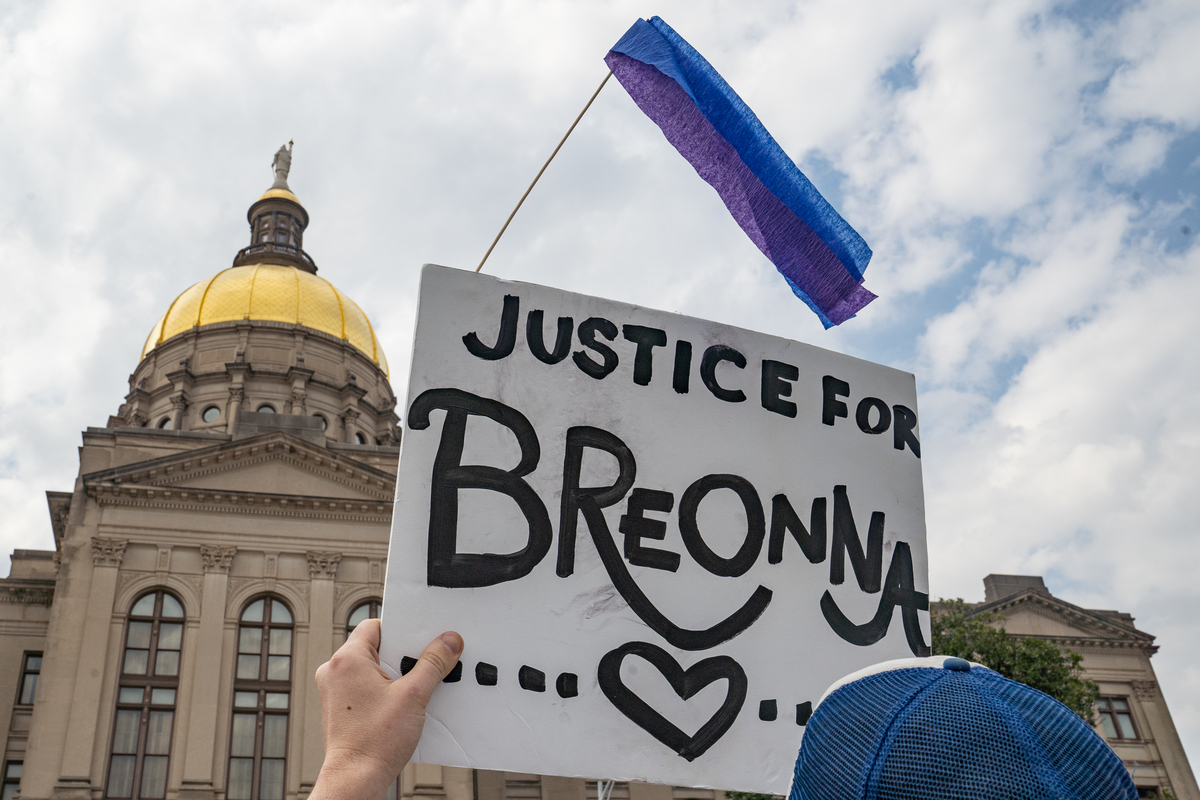 Merrick Garland, attorney general of the United States, declared that the Department of Justice filed charges against four Louisville police officers for their connection to the death of Breonna Taylor.

The charges they face include civil rights offenses, unlawful conspiracy, unconstitutional use of force, and obstruction offences.

“The announced federal charges allege that members of the Police Investigative Unit forged the affidavit used to obtain the search warrant for Ms. Taylor’s home and that this act violated federal civil rights laws, and that those violations resulted in the death of Mrs. Taylor,” Garland said at a news conference.

Detective Joshua Jaynes, former Louisville Detective Kelly Goodlett and Sgt. Kyle Meany are the defendants in federal charges alleging they violated Taylor’s Fourth Amendment rights when they knowingly sought a warrant to search the victim’s home. they lacked probable cause and that they knew the affidavit contained false and misleading information, resulting in his death.

“Among other things, the affidavit falsely claimed that officers had verified that the target of the alleged drug operation had received packages at Ms. Taylor’s address. In fact, defendants Jaynes and Goodlett knew that was not true,” Garland said.

In addition, the attorney general said that Detective Jaynes and Goodlett knew that armed officers would conduct the search at Taylor’s home and that conducting the search could create “a dangerous situation for anyone who was in Ms. Taylor’s home.”

For their part, prosecutors allege that Jaynes and Goodlett met in a garage after the victim’s death “where they agreed to tell investigators” who investigated the failed raid “a false story.”

In addition, charges were filed against Brett Hankison, a former Louisville Metropolitan Police officer who was involved in Taylor’s death. He was charged with two counts of disenfranchisement under the guise of law, which are civil rights crimes.

The former officer allegedly used unconstitutional excessive force in the search when he fired 10 shots through a window and sliding door in Taylor’s home that was covered by blinds and curtains after there was no “lawful purpose to justify the use of force.” lethal”.

Hankison was tried on state charges related to the raid on Taylor’s residence and was found not guilty. In addition, he was charged with recklessly shooting the neighboring apartment at the time of the search, he was found not guilty on all three counts of first degree wanton endangerment.

The murder of Breonna Taylor caused shock and protest across the United States, with outrage mounting after no officers involved in her fatal shooting were charged.