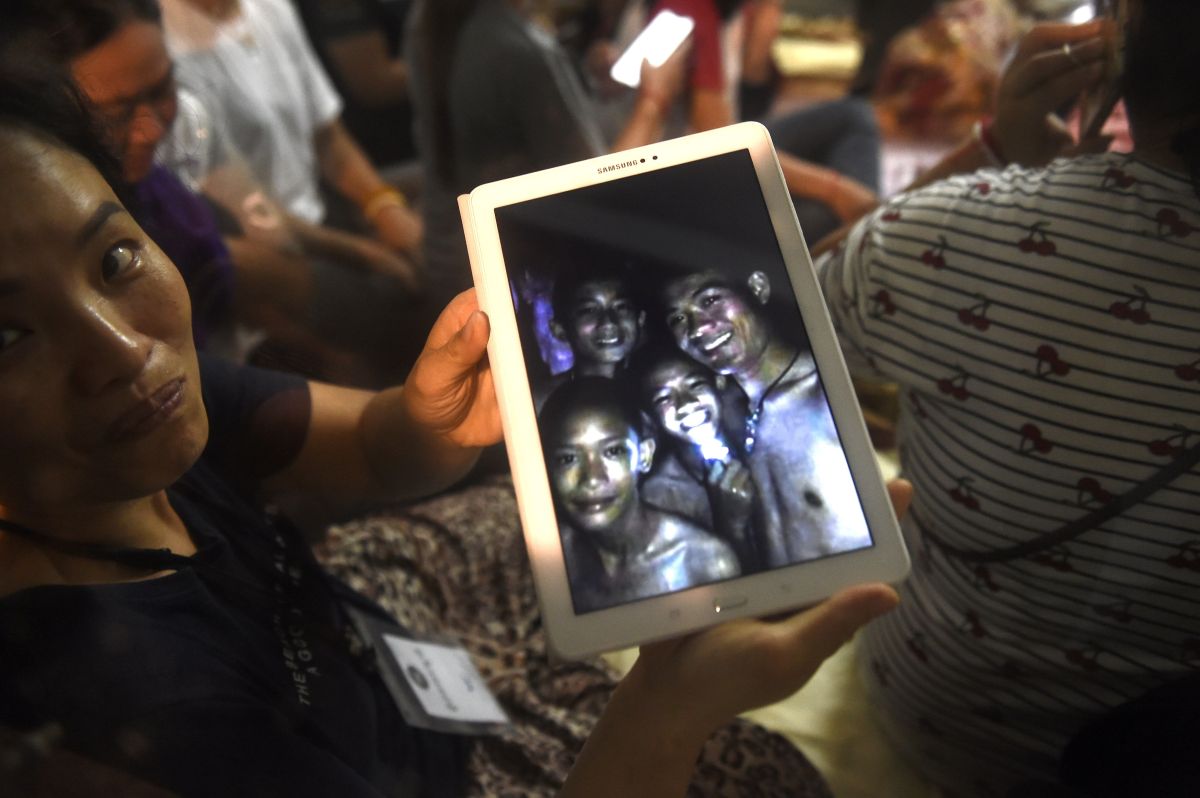 On June 23, 2018, Ekkapol Chantawonga 25-year-old Thai youth soccer coach, took his team, the Wild Boars, to explore a cave he had visited before, intending to stay for around an hour, but when the monsoon rains hit while they are underground and the entrance of the cave was flooded, the coach and his 12 players, ages 11 to 16, get trapped.

The team remained trapped underground for more than two weeks, in what became a global media sensation.

The adventure in the great network of caves of Tham Luang was going to be quick, the football team, he only took a rope, a flashlight and some batteries, without water or extra food.

“When we entered and got stuck in the cave, at that moment, we saw water. It’s full of water,” the trainer later told ABC News. “Then I volunteered to dive, to find out if I could make it through or not. If it could happen, everyone is saved. So, we use the rope that we brought with us.”

Unable to escape, the children climbed back into their carriage and weeks passed before rescuers discovered them and caught up with them. Hungry and quickly depleted of oxygen, the team survived by drinking fresh water dripping from a stalactite in a cave and repeating the mantra “su su” (Thai for “keep fighting”) to stay calm.

The search and rescue of the children captured the world’s attention.as an international group of cave diving experts, led by the Thai Navy Seals, rushed to evacuate them.

British divers discovered the group about 2.5 miles inside the cave on July 2, 2018. In an extremely dangerous effort, all the boys and the coach were rescued, between July 8 and 10.

A volunteer diver and former Thai Navy SEAL, Saman Kunan, died on July 6 when he ran out of oxygen underwater while trying to deliver oxygen tanks to children.