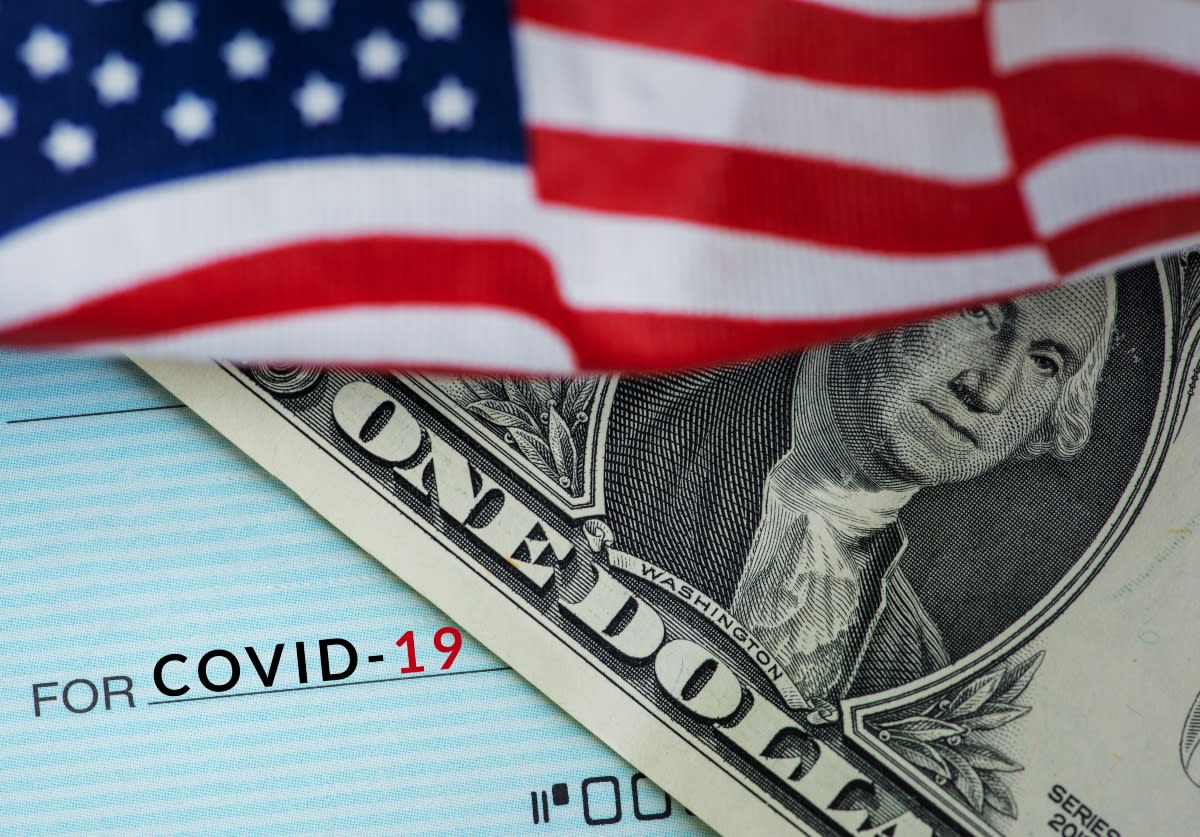 Several US states are giving their residents a form of a fourth economic stimulus check as aid available in the face of the crisis unleashed by the coronavirus pandemic, according to information published by The Sun news portal.

The information indicates that if a citizen meets the requirements, they will be able to receive $ 600 plus another $ 500 to cover the basic needs of the household’s dependents so that they do not need anything in times of crisis.

For their part in Florida, some educators and first responders are receiving federal stimulus money, as part of the aid that was programmed so that families can pay for various food, rent and school needs.

These supports began with the former president of the United States, Donald Trump, and have continued with Joe Biden, but the fourth economic stimulus check stalled, which other states are beginning to give as if it were.

They have said that for example in California, the interested resident will qualify for the payment of available aid if he had an income of less than $ 75,000 last year and that he has lived most of the year in that state, so good support is predicted .

The authorities of that state have said that for a citizen to qualify, no one should be able to claim him as a dependent and must file their 2020 taxes before October 15 of this year, otherwise they will not be able to get it.

WHAT SHOULD THEY CHECK?

The information that is available from the sources is that in order to qualify for the payment, a taxpayer must prove that they have received unemployment benefits for at least one week in the past year.

There is a record that most taxpayers will be able to receive the money from the available aid quickly, and they will not have to do anything to receive a payment, since the aid is for everyone and that they can benefit. Filed Under: Fourth Check

HOW DO YOU KNOW IF YOU QUALIFY?

If you want to know if you qualify for the fourth economic stimulus check, and how much you should receive by direct deposit or a mailed check, you can use the child tax credit calculator on the CNet website.

In that tool, it will provide “math and other requirements work to determine your family’s credit account” if your payment doesn’t add up, according to the news outlet, and it will also teach you how to manage your child tax credit payments when file with the IRS. Filed Under: Fourth Check

In the middle of the month, Democrats in the United States approved a $ 3.5 billion plan to strengthen services for families, health and environmental programs. The Senate vote fueled President Joe Biden‘s ambitious plan to reshape federal priorities.

The vote was held hours after the president achieved another victory with the approval of a large infrastructure package. Lawmakers stuck to party divisions and passed the Democratic budget resolution 50-49, a key step for a president and party determined to lead the government’s fiscal force to help families, create jobs and combat climate change.

Increasing taxes on the rich and on corporations would pay for much of the project. The spending plan was approved despite an avalanche of Republican amendments that wanted its rivals to pay a price in next year’s election for control of Congress.

The leaders of the House of Representatives announced that they would return from the summer recess in two weeks to vote on the budget, which calls for spending $ 3.5 trillion over the next decade. Final congressional approval, which seems certain, would protect a subsequent law that would apply the details of spending and tax changes to a possible Republican filibuster campaign in a 50% -divided Senate, a delay that could otherwise kill the bill. .

Still, passing that later legislation will be tricky because the party’s moderate lawmakers have qualms about the sheer volume of the plan and are fighting progressives, who are calling for aggressive action. The party controls the House of Representatives with just three votes on the margin, while the Senate, divided in half, is in its hands only thanks to the tiebreaker vote of Vice President Kamala Harris. The strong Republican opposition seems warranted.

Senate Budget Committee Chairman Bernie Sanders, an independent Vermont who has grown from a progressive voice on the margins of Congress to a key position with legislative influence, said the measure would help children, families, the elderly and workers, among others.

“I am confident that it will also restore the faith of the American people in the belief that we can have a government that works for all of us, and not just for a few,” he said of the support situation in the country.

Republicans argued that the Democratic proposal would waste money, hurt the economy with its tax hike, boost inflation and enshrine far-left principles harmful to Americans. They enthusiastically pointed to Sanders, who describes himself as a Democratic Socialist, to try to smear all Democrats who supported the initiative. Filed Under: Fourth Check

If Biden and Senate Democrats want to “outsource national politics to President Sanders” with “historic waste and reckless taxation,” Republicans didn’t have the votes to stop them, Senate Minority Leader Mitch McConnell admitted. Kentucky Republican. “But we will debate. We will vote ”.

The Senate focused on the budget hours after passing another key piece of Biden’s goals, a negotiated bipartisan, trillion-dollar package for transportation, water, broadband and other infrastructure projects. That proposal, passed by 69 votes in favor and 30 against, with McConnell among the 19 Republicans who supported him, also needs to pass in the lower house. Filed Under: Fourth Check

Authorities have said that refunds began to be sent by direct deposit to the bank on July 28; paper checks began shipping on July 30, and many people have received aid available from the states.

Currently there is an increase in coronavirus cases with the new Delta variant, for which in some states classes have been canceled and economic activities seem to decline a bit when they were already increasing Filed as: Fourth check