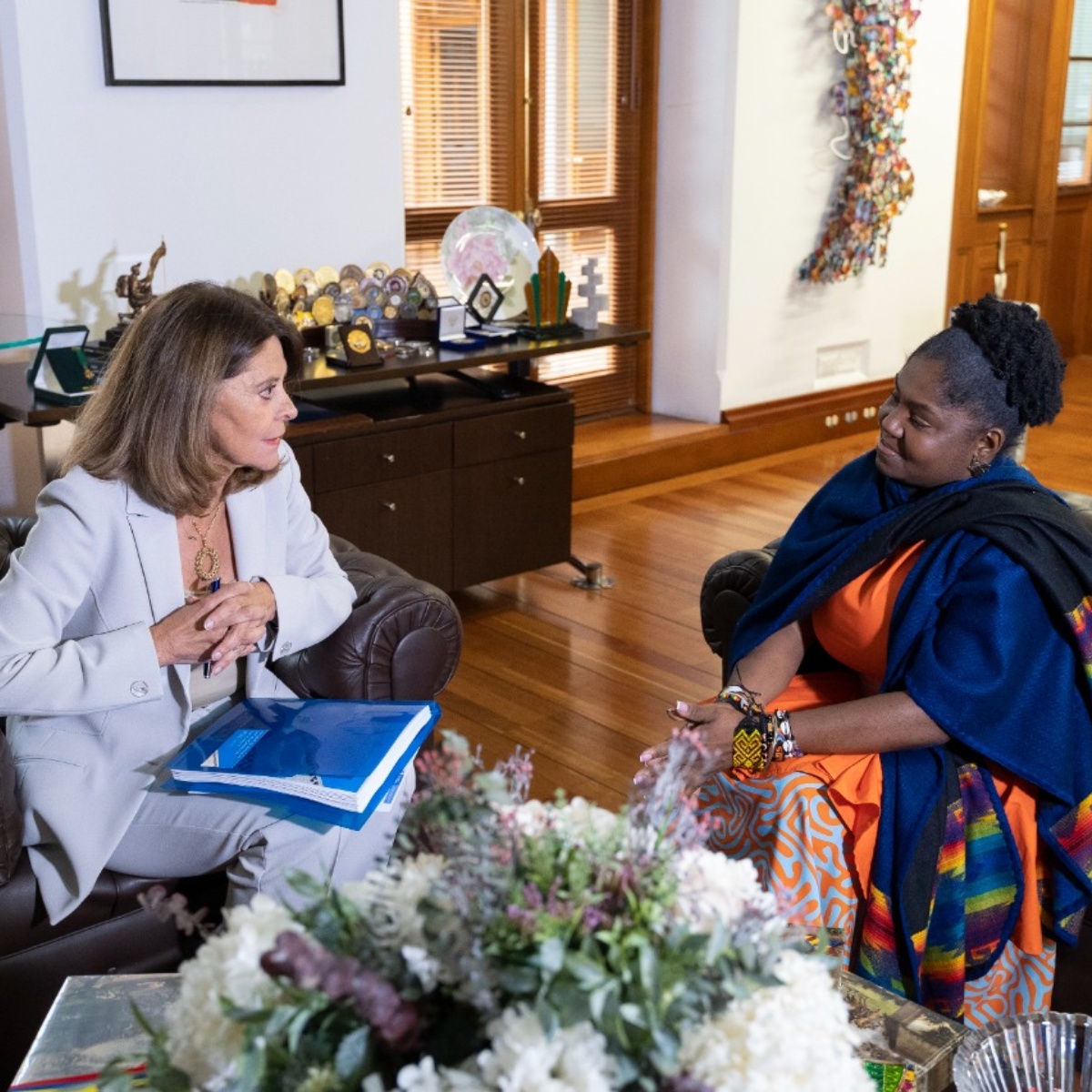 There was a meeting between the elected vice president of Colombia, France Marquez and the outgoing vice president Marta Lucía Ramírez, who gave a lot to talk about on social networks because an image went viral where the new president stops to greet the workers of the vice-presidential house while Ramírez walks by.

The scandalous moment was spread by Gilberto Tobón, a former candidate for the Senate of the Republic, who showed the photo on Twitter of the controversial image and that generated a lot of criticism against Marta Lucía.

Social network users gave their opinion on the matter and most of them applauded the action of the new Afro-descendant president, while the criticism against the woman who is about to leave office does not stop.

Through her Twitter, Marta Lucía Ramírez responded to the controversial fact and stated that there are people who only want to sow hatred and leave someone with a bad reputation, she also regretted that users were carried away by an image.

“The new Vice President will have the opportunity to get to know each of the girls who accompany us in the office better and embrace them as I did before.”

It is worth mentioning that Ramírez is from the outgoing team of President Iván Duque, who will leave the presidency in August of this year and the meeting with Márquez was to discuss issues related to Colombia and the important position for which he will be responsible.

It may interest you: Gustavo Petro: ELN guerrilla seeks to negotiate with the president-elect

Who is Francia Marquez?

She is an Afro-descendant woman, single mother and originally from one of the most vulnerable areas of Colombia. After obtaining 50.4% of the votes in the elections last Sunday, and for this, she thanked the supporters for supporting her and Gustavo Petro’s campaign.

The woman is originally from Suárez, a municipality in the rural area of ​​the department of Cauca in the southwest of the country; there, about 80% of the population lives in some degree of poverty.

France Marquez She will take office in August of this year and Colombians have great faith in the work of the new Colombian vice president.