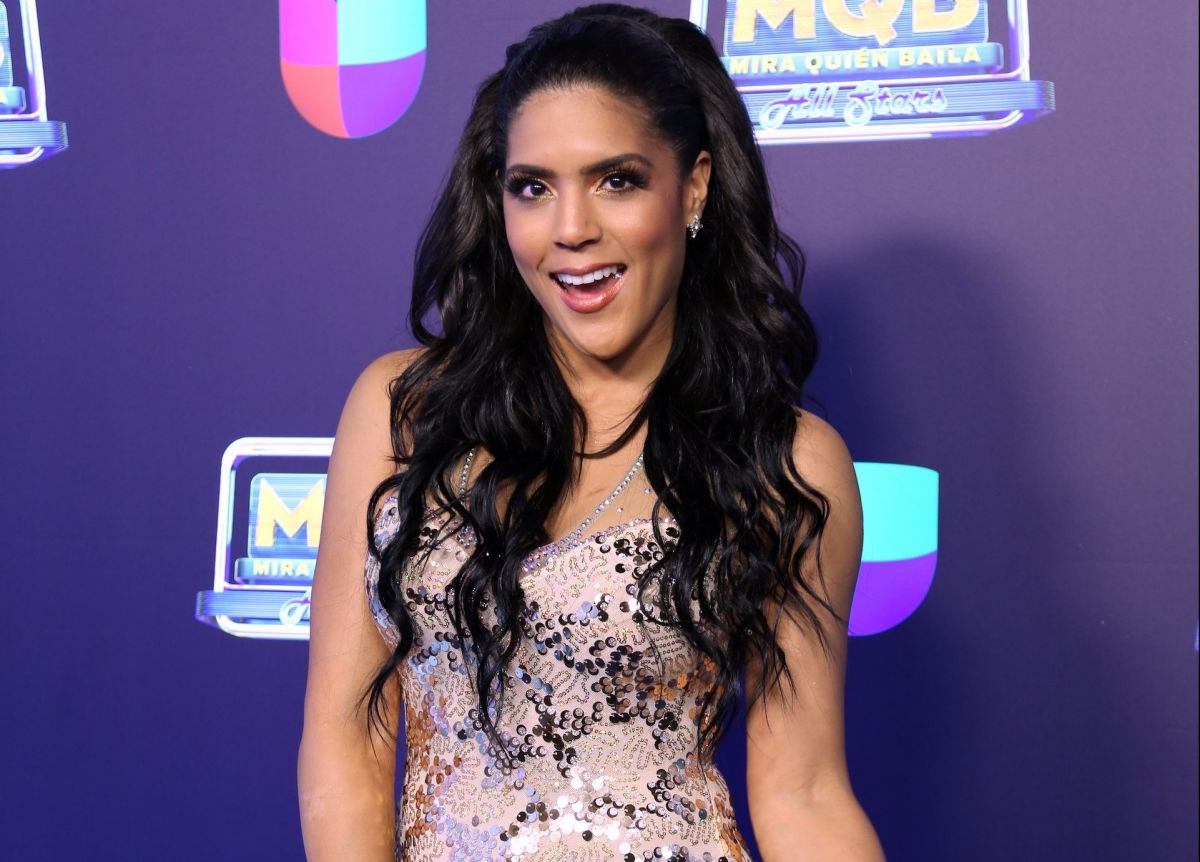 Francisca Lachapel shocked two of her colleagues from Despierta América saying a few words about a second pregnancy, just a few months after giving birth to little Gennaro.

When they talked about the singer Greeicy’s pregnancy and how sensational she looks on the show, The Dominican stood up and touched her belly while saying “didn’t I tell you?”.

“I hope that for my second pregnancy I feel like her,” Lachapel said and quickly Raúl González told him “Are you planning a second pregnancy?” And that was when the Dominican launched those words that left more than one speechless while touching her tummy, as if a new life was already growing inside her.

However, he quickly went ahead to say that it was not so: “No, it’s still the belly that Gennaro left me. No, I’m not pregnant.” he said between laughs and sat back in his chair.

“The exclusive, for when?”, Alan Tacher asked him and they talked about whether he is planning to bring another baby into the world, but it became clear that he is not yet in the plans of the host of Despierta América.

In one of his most recent Instagram posts Francisca Lachapel showed her pride for one of the new stages in the life of her son Gennaro. The Dominican published a video in which the little baby is seen learning to crawl and managing to move from his initial position until he is much closer to his mother’s arms.

At the end of the video, Lachapel takes him in her arms, kisses him and tells him that she is very proud of him.

“Oh Diosito I only ask you for health and life to be there for him. Not to avoid falls, or tears, or the lessons in life that you have to learn, but to lend you my ear when you need to be heard, lend him my shoulder when he needs support and shelter. Give him some advice when he needs direction, applaud his achievements, scold him when necessary and most importantly, to always make him feel that he is a very loved child, ”said the Dominican along with the video.

And he also added: “It is true what they say that time flies. look at my little boy almost crawling! 😍❤️🙏🏽”.

Keep reading: Francisca Lachapel shared a beautiful video with her son, but a little animal stole the show

Francisca Lachapel reveals the reason why she runs to the gym

Francisca Lachapel puts on a dress she wore pregnant again: look at the before and after