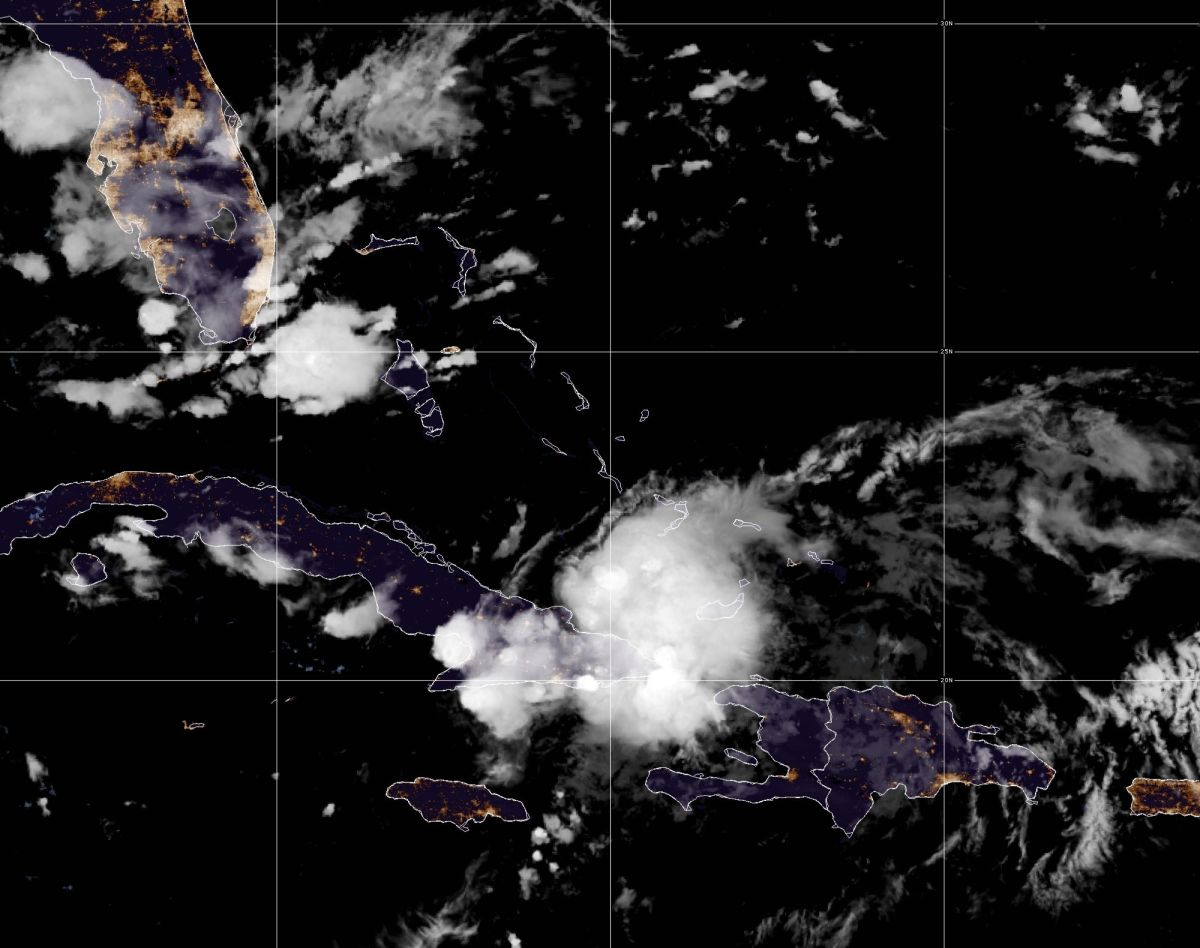 Tropical Storm Fred, which degraded to a tropical depression on Wednesday, slowed its advance over the north coast of Cuba towards Florida today., where it will probably arrive this Saturday, possibly turned into a storm again, as it gains strength over the warm waters of the Straits of Florida.

Fred is centered between Cuba and the Bahamas at the moment and heading west-northwest at 7 mph.

Activity near the center of the storm is minimal at this time due to unfavorable upper-level winds and land interaction with Hispaniola overnight last night.

The Florida Keys and southern parts of this state are already under storm watch due to the proximity of the system.

The National Hurricane Center (NHC) of the United States indicated this Thursday in its 8 pm EDT bulletin that Fred is 240 miles (385 km) southeast of Andros Island, in the Bahamas, and about 485 miles (780 km). ) east-southeast of Key West, at the southern tip of Florida.

On the forecast track, Fred is expected to move along or just north of eastern and central Cuba tonight and Friday, and to be near the Florida Keys and southern Florida on Saturday.

Here are the 5 PM EDT Thursday, August 12 Key Messages for Tropical Depression #Fred. A tropical storm watch has been issued for portions of the Florida Keys and South Florida.

The system has been slowing down and is now moving in a west-northwest direction at 7 mph (11 km / h).

It was issued a tropical storm watch for the Florida Keys, from Ocean Reef to Dry Tortugas, and for the southwest coast of the peninsula, from south Bonita Beach to Ocean Reef, including Florida Bay.

Meteorologists at the Miami-based NHC forecast that the system will maintain current motion until Friday, then turn northwest that night.

On the forecast track, Fred is expected to move tonight and Friday “along or just north of eastern and central Cuba and near the Keys and southern Florida on Saturday.”

NHC meteorologists predict a “slow strengthening” of Fred from Friday to Saturday, so it could regain its tropical storm strength as it approaches the Florida Keys and the southern peninsula.

“Heavy rains associated with Fred will impact parts of southeastern Florida this weekend and next, with” the risk that these meteorological conditions will spread to the north and the west coast and the Panhandle next Monday, “they noted.

Fred, the sixth tropical storm this year, may still produce heavy rains over parts of the Dominican Republic and Haiti and parts of the Bahamas, in some places up to 8 inches (202 millimeters), at risk of flash and urban flooding, river flooding and landslides.

Besides the whipping of the wind, the area under alert by Fred may suffer from swell, undertow and currents.

The National Oceanic and Atmospheric Administration (NOAA) recently released its updated hurricane forecast for the current season, according to which above-average activity will be recorded in the Atlantic.

The update made by the NOAA Climate Prediction Center reflects that this year between 15 and 21 named storms can be registered, of which between 7 and 10 could reach the hurricane category, and of which 3 to 5 could be higher, this is category 3, 4 or 5 on the Saffir-Simpson scale.

Nearing the equator of the current Atlantic hurricane season, which officially began on June 1, the count to date is six tropical storms: Ana, Bill, Claudette, Danny, Elsa and Fred.

Only Elsa, formed in early July, became a hurricane.