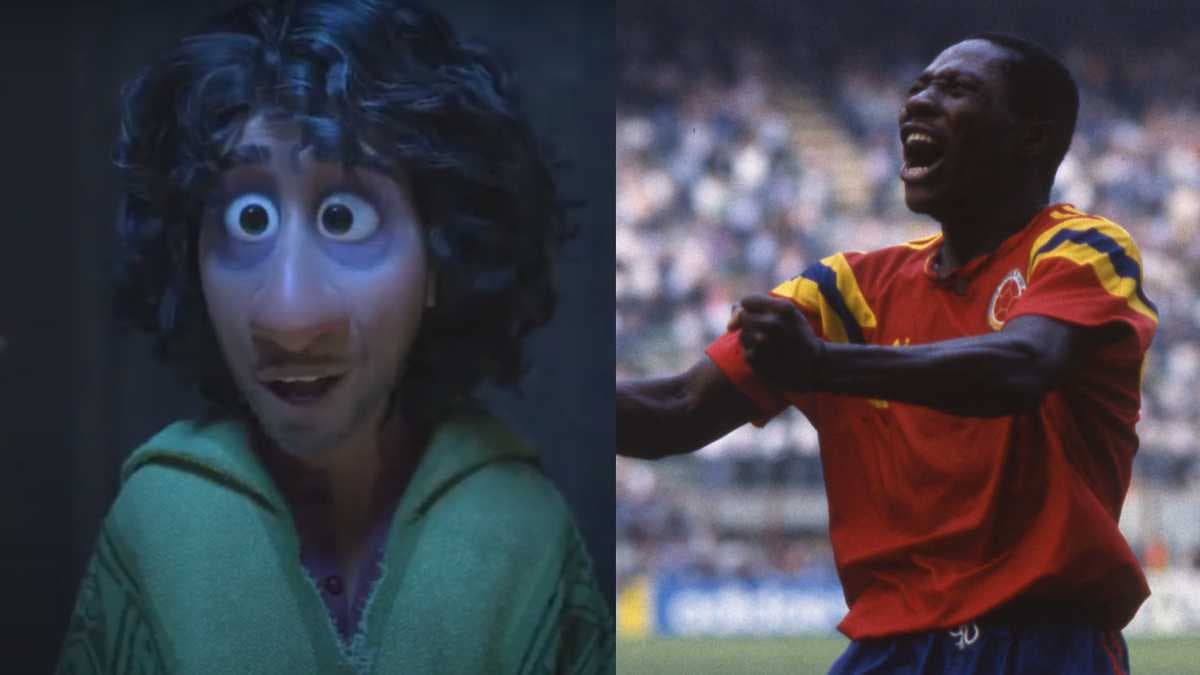 In the midst of concern for the health of Freddy Rincón, the fans of the Colombian National Team have remembered the most glorious moments of his career with the Tricolor, in addition to the number of titles he won playing for Santa Fe, América, Palmeiras and Corinthians. performance that he gave to get to what for many is the best club in history, Real Madrid.

Freddy began his award-winning career at Independiente Santa Fe, a team to which he has a special affection for giving him his first opportunity as a professional and, in addition, allowing him to show his talent to quickly climb to the call of the Colombian National Team for the 1990 World Cup in Italy.

It was that year in which he scored what he calls the most important goal of his career, that of the 1-1 draw at the Giuseppe Meazza in Milan against the Germany of Lothar Matthaus, Jurgen Klinsmann and directed by Franz Beckenbauer.

Colombia made a decent presentation in their third outing of that group stage, until a shot to the corner by Pierre Littbarski meant the first for the Teutons with a minute to go to reach the regulation 90.

Without lowering their arms, the National Team tried until the end, at which time the ‘Colossus of Buenaventura’ graduated as an idol for eternity. In stoppage time, Leonel Álvarez recovers a ball on the edge of the Colombian area and serves it to ‘Bendito’ Fajardo, who takes advantage of the space to advance to the center of the field.

The pass goes in the direction of ‘Pibe’ who, despite poor control, manages to maintain possession with his back to the German goal. He turns and sees Rincón close to the line. Freddy, with a touch of first, locates the ‘Blessed’ and he, from memory, reconnects with Valderrama who sends a pass into the void to Rincón, who was already running diagonally towards the rival area.

With the 19 on his back, the ‘Colossus’ gives a touch, accommodates it with the second and from the right he defines between the legs of the goalkeeper Bodo Illgner to explode the cry of goal in the Milanese stadium and throughout the country.

Several players of that time assure that that goal put Colombia on the world map and, later, allowed them to open the doors of European clubs that at that time did not risk hiring South American players if they were not Brazilian or Argentine.

So important was that goal that in ‘Encanto’, winner of the Oscar for best animated film, a reference is made to that match at the 1990 World Cup in Italy.

When Mirabel finds her uncle Bruno hiding inside the Madrigal family’s house, he shows her that he has found a way to train some mice that accompany him to have entertainment, such as sports. At that moment, an image appears in which the red uniform with yellow highlights that the Selection used in that orbital appointment is clearly seen.

The most characteristic detail, and that many spectators overlooked, is that the other uniform that appears in the ‘theater’ of Bruno and his rodents is that of Germany, added to the fact that the ball passes under the legs, exactly as it happened in Freddy Rincón’s goal for Colombia’s equalizer at minute 93.

On that occasion, the Tricolor advanced as one of the best third parties, in the group they shared with Yugoslavia and the United Arab Emirates, however, they were eliminated in the next phase at the hands of Cameroon. However, it is for many the best World Cup presentation in the country’s history, being one of the few teams that put the Germans in trouble, who days later would win their third world title against Argentina.