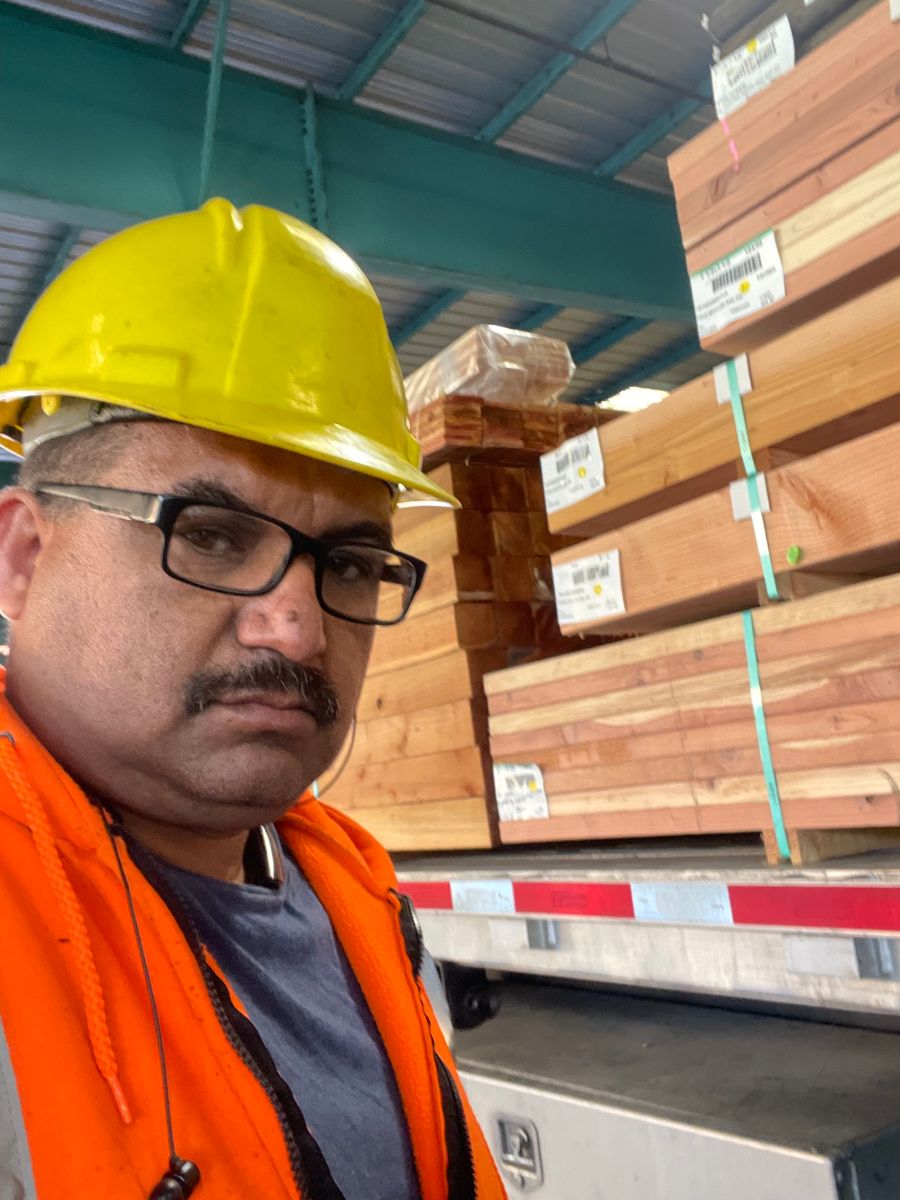 Gabriel Hernández, owner and operator of a tractor-trailer truck that transports cargo every day from Ukiah, in Northern California to Los Angeles and San Diego, is in a state of thunder over the high price of diesel.

Like him, most cargo carriers feel frustrated because no authority is doing anything to stop the uncontrolled escalation of fuel price increases.

“The gallon is between $6.30 and $6.45. They are screwing us with those prices. We are working to pay for diesel and gasoline”, says Gabriel who spends almost $700 on gasoline every day, and sometimes more.

Truck drivers are about to throw in the towel and go on strike to protest excessive prices.

“We have planned a work stoppage for April 1, but who knows if diesel will not have risen to $9 by then?”, says Gabriel, who has been dedicated to freight transport for 22 years.

“I usually transport building materials and lumber for Home Depot.”

The American Automobile Association (AAA) reported that the average cost of diesel in California for March 9 was $5,989 per gallon against $5,573 for gasoline; while the median price in Los Angeles is $5,662 for gasoline.

The conflict between Russia and Ukraine has caused the prices of gasoline and diesel to skyrocket to record levels, indicates the AAA.

But even before the invasion, rates were on the rise.

He said those exorbitant prices are killing them.

“It’s ridiculous. This is worse than the pandemic. They are going to force us to make a big strike. The way things are, it’s better for us to stop the truck and look for a job”.

Gabriel urged the authorities to do something to lower prices.

“With Trump, the price was no more than $3.30, $3.50. It never went above $4. As soon as Biden entered, prices began to go up, and right now with the war myth they have skyrocketed like never before.

It is clear, he pointed out, that President Biden is not working or doing anything to stop the increases.

Ricardo Gómez, owner and driver of his own cargo truck, said that diesel prices are hurting them.

“I go from Northern California to Los Angeles at least twice a week, but with these increases we can no longer. There are no profits.”

He said filling the tank costs him $1,200, which allows him to travel about 900 miles, a round trip from north to south.

“I just put in half a tank. I paid $650. For one trip I have $200 profit left. Should not. It is better to close for a while, because besides the brokers, those who hire us, pay us every 3 weeks or every month. So we have to have a certain economic solvency to operate.”

But he noted that they may have unexpected expenses down the road like a flat tire that can cost them between $600 and $700.

“The strike that we plan to make is so that the authorities listen to us in the face of diesel and gasoline prices that are out of control. We ask the president, the governor and officials to put themselves in our shoes.”

And he explained that from their meager earnings they have to pay all the expenses of their cargo truck.

“The monthly payment, the insurance that is very expensive, the maintenance, the unexpected expenses, our mortgage and the expenses of the family.

“The situation is frustrating for the low-income town. Who gives them the right to raise the price of diesel and gasoline so much? ”, She questioned.

Jonathan Hernández, also a cargo truck driver, confessed to feeling scared at the unstoppable rise in the prices of diesel and gasoline.

“I make short local trips of 2, 3 hours, but with the increase in diesel, my income has been reduced to $200 per day. Imagine!… from there I have to pay the monthly payment of the truck, maintenance, insurance and family and house expenses”.

Carlos Mendoza, a cargo carrier for 20 years, said that many companies are already temporarily stopping their operations due to the high cost of diesel.

“It is affecting families too much, and we cannot do anything to prevent prices from continuing to rise.”

He made it clear that as a consequence everything is going to be very difficult economically.

“The increase in diesel is going to affect the prices of food and everything. We have no choice but to continue working and tighten our belts, let’s see how long”.

In delivering his annual State of the State address, Governor Gavin Newsom said he will introduce a proposal to put money back in the pockets of Californians and address the gas price crisis.

“But what we cannot do is repeat the mistakes of the past and embrace the polluters. Drilling more oil leads to even more extreme weather, more extreme drought and more wildfires.”

However, the governor did not give further details of his plan to lower fuel prices.

In late February, Governor Newsom proposed suspending the 5.6% gas tax that will take effect in July in his budget for $286 billion for the 2022-23 fiscal cycle, in order to save drivers money.

The governor also proposed delaying the entry into force of the increases to this tax scheduled for 2023 and 2024.

“Because California is so strong and we are the fastest growing economy of any Western democracy for the last five years or more, because we have done a little bit better than many, in terms of addressing the pandemic, as a consequence, our economic output is strong,” Newsom said in introducing his plan.

“As a result, our budgets are running extraordinary surpluses.”

Today, Californians pay more for gas than any other driver in the country.

On average, the state gas tax last summer was 51.1 cents. If we add the federal tax and other charges, it comes to 86 cents.

Gasoline and diesel fuel tax increases were authorized under the 2017 Senate Bill 1 transportation plan. The increases were intended to raise about $5.4 billion a year for highways, bridges, transit and highways. local.

Santee Republican Sen. Brian W. Jones called on Californians to flood their state legislator with calls to suspend the gas tax for a year.

“The California legislature has the power to immediately lower the price by suspending the $1 gas tax for a few months, a year, or permanently.”

He considered that this is not going to solve all the financial precautions but it is a huge drop.

“So absurd that I saw a sign for a place where it was selling for more than $7 a gallon.”

Unfortunately, he said Democratic leaders don’t agree with suspending the tax because they say it will inhibit economic growth.

But he stressed that whether you’re a Democrat, Republican, independent or whatever, “gas prices are not a partisan issue.”

However, they said that rising oil prices play a major role in driving up gasoline prices. So they warned that consumers can expect the current trend of increases to continue as long as crude prices rise.

President Biden acknowledged that his ban on buying energy from Russia, which is supported by most Americans, will mean higher gasoline prices in the United States.

“I can’t do more for now. Russia is responsible,” she told reporters.