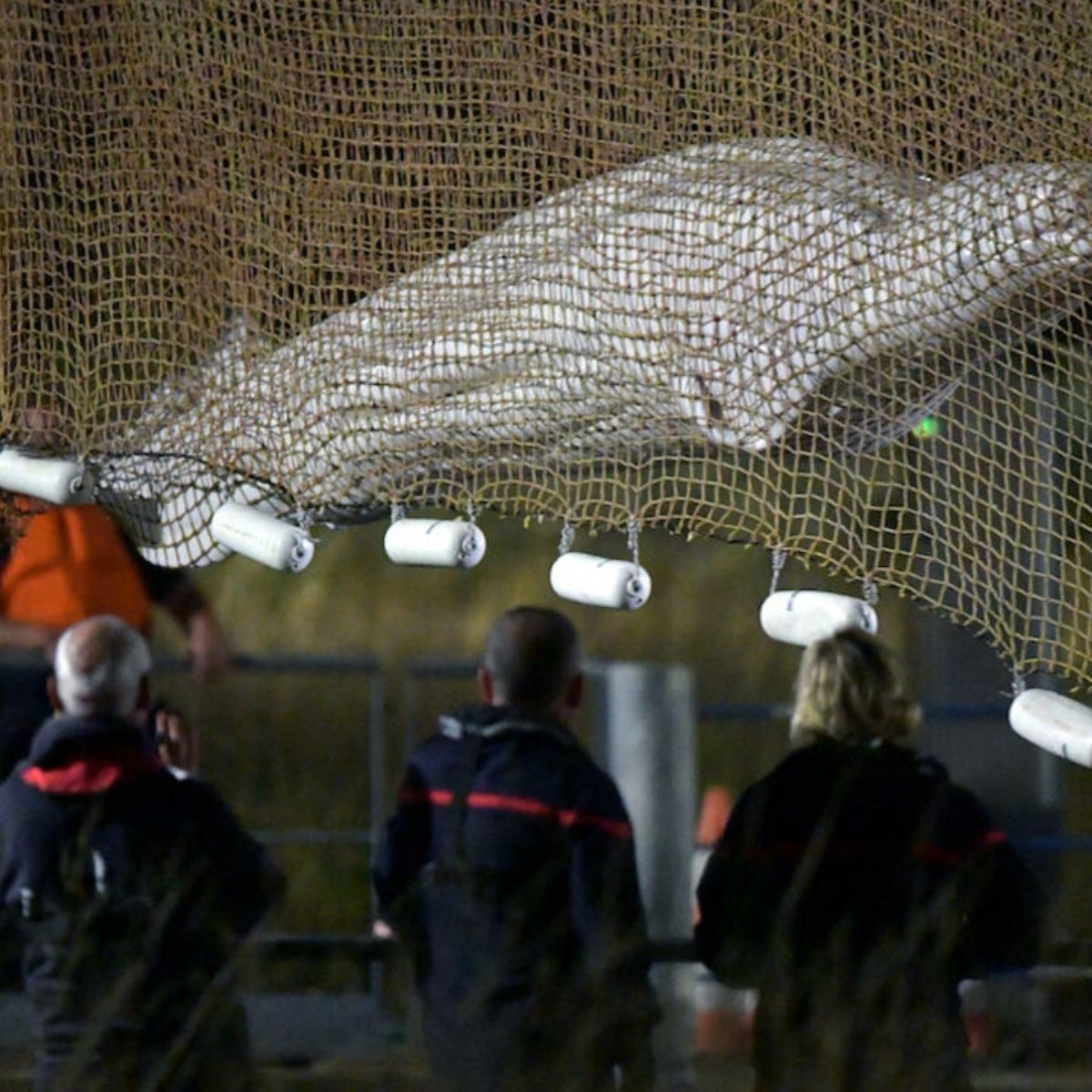 A beluga whale stranded in the seine riverin the north of Francewas removed from the river early Wednesday morning in the first stage of a operation to rescue to the animal, which moved away from its usual habitat in the arctic or subarctic seas.

After nearly six hours of work, the 800kg whale was pulled from the river using a net and crane at around 4:00am local time (0200 GMT) and placed on a barge under the immediate care of a dozen of veterinarians, the AFP news agency reported, citing its reporter on the spot.

What will happen to the beluga whale now?

A medical team plans to transport the whale to the northeastern French port city of Ouistreham in Normandy, where its health can be monitored in a saltwater basin near the sea.

Conservationists had been trying to feed the beluga whale since Friday without success and feared it was wasting away. Local authorities said he had shown signs of improvement after receiving a cocktail of vitamins and antibiotics.

The “exceptional” operation to return it to the sea is not without risks for the whale, said Isabelle Brasseur, from the Marineland marine animal park in southern France, who is part of a rescue team that also includes the NGO Sea Shepherd. France.

“It could be that he dies now, during the drive, during the journey or at point B,” in Ouistreham, he said.

It may interest you: Stranded whale will be sacrificed to avoid suffering

Some 24 divers participated in the rescue

As we mentioned in AmericanPost.NewsSome 24 divers participated in the operation to extract the whale from the river, while a handful of curious people stayed on the shore all night to observe the operation.

The all-white whale had swum nearly half the way to Paris before it was discovered last week and confined to a large system of locks. It is unclear why it had strayed so far from its natural habitat.

In late May, a seriously ill killer whale swam tens of kilometers upriver and died of natural causes after attempts to guide it back to sea failed.