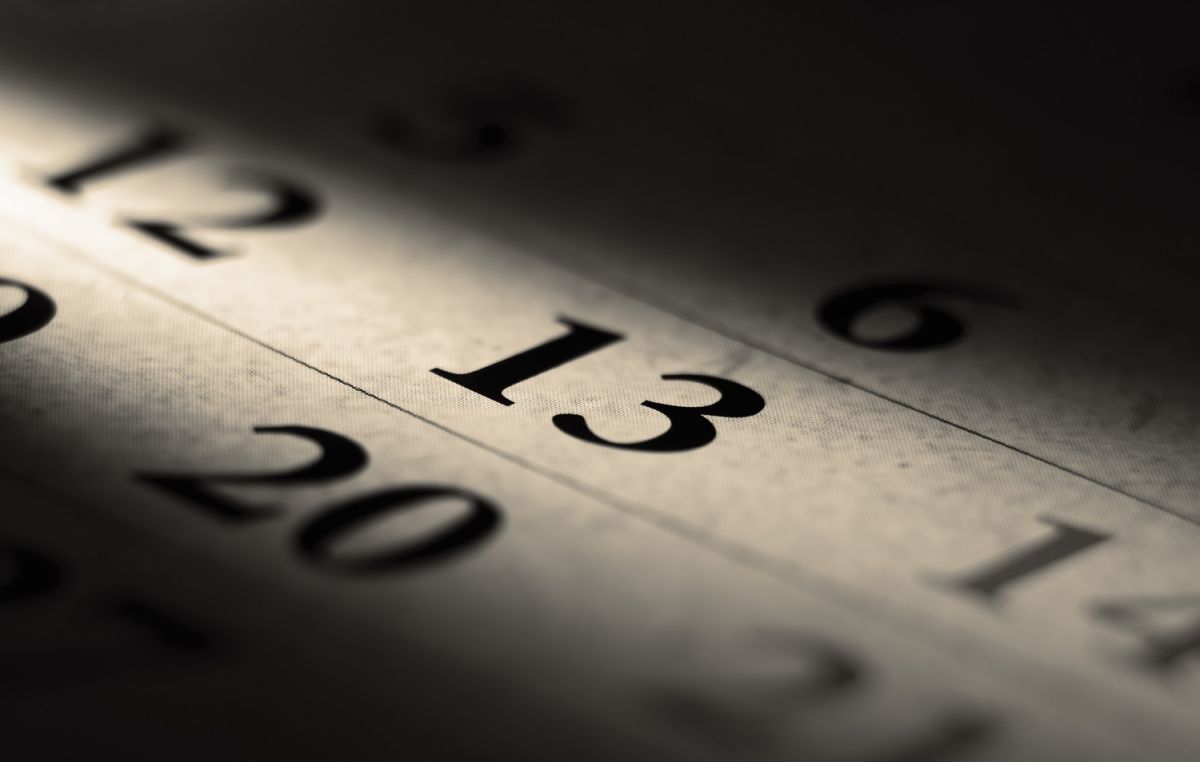 The phobia of Friday the 13th is so widespread in the world that it even has its own name; it is called “parascevedecatriafobia” or “triscaidecafobia”, which is the irrational fear of the number 13. Some people run away from the number 13 in any situation that arises, such as a room number or a schedule; many hotels in the world lack a floor with the number 13.

The origin of bad luck on Friday the 13th

According to history, the origins of this belief can be traced back to a Norse tradition that states that 12 gods came to a dinner in Valhalla, and the famous Loki showed up uninvited. It was at this unfortunate dinner that Loki managed to kill the god Baldr, who represented peace, forgiveness and light, with a mistletoe arrow..

For the Christian tradition the number 13 is bad luck because it represents the 12 apostles called to the last supper before Jesus, the 13th person present at the eventwas captured, tortured and finally crucified on Good Friday.

There is no record of Friday the 13th being statistically more tragic than any other day of the year. In fact, For some cultures like the Italian, 13 is a lucky number and the day of bad luck is Friday the 17th.. However, some events that have marked the history of humanity occurred on Friday the 13th.

The first day of emergency due to the COVID pandemic

On Friday, March 13, 2020, then-President Donald Trump declared a national emergency in the United States. due to the COVID-19 pandemic. The World Health Organization (WHO) declared the pandemic the previous Wednesday, March 11, 2020.

The wreck of the Costa Concordia

On Friday, January 13, 2012, the largest passenger ship in history sank, with twice as many people on board as the Titanic. The Costa Concordia ran aground on the Italian coast and 32 people died. His captain was convicted of involuntary manslaughter three years later.

More than 25 inches of rain severely affected the state of Kansas on Friday, July 13, 1951. The storm damage was such that the locals called this day “Black Friday”.

German forces commanded by Hitler bombed London on Friday, September 13, 1940.. This traumatic experience is known in World War II history as the “blitz” and practically destroyed Buckingham Palace and much of the English capital.

13-year-old boy struck by lightning on Friday the 13th

On Friday, September 13, 2010, a 13-year-old boy was struck by lightning during an air show at 1:13 p.m.. Although everything indicates that the 13th was very unlucky for this minor, the reality is that the child had very good luck, since the lightning only caused minor burns on one shoulder.

+ Today is 2/22/22: The spiritual meaning of this palindrome date in numerology