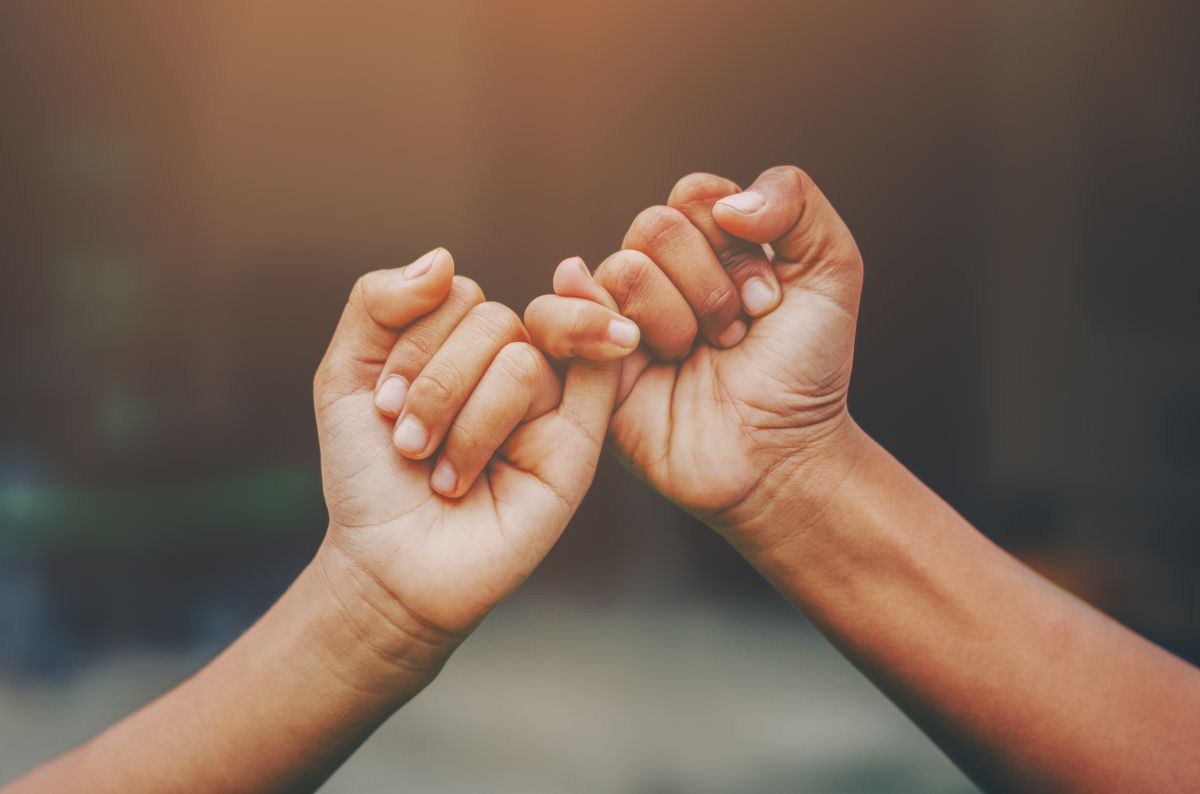 Although it seems like a story from some love series or movie, it did happen in real life.

No doubt between friends you can always make great promises that must be fulfilled in the short, medium or long term, and that these will make the relationship continue firm for life. It is because of that on TikTok the story shared by a user has gone viral, who through a clip told how is it that she and her best friend, thanks to a promise, are now husband and wife.

It turns out that a woman named Genesis Cueva, originally from Ecuador, shared the great happiness she feels after having married just a couple of days ago with Giovanni, his best friend since high school, remaining faithful to an oath that both made 10 years ago.

Genesis said that he met Giovanni in 2008, when they were both studying at the same school. From that moment on, they became friends and over time, she began to feel something more for him, but this was not reciprocal; however, it was at that moment that they both promised each other that, if they were still single in 10 years, they would get married.

But the friendship of cooled down a couple of years later; the young man moved to another city to continue his studies. Genesis, hurt by what happened, she met another boy with whom she had an affair for 4 years, which ended with infidelity.

Coincidentally, Giovanni was returning to his town to continue his studies. It was then that they met again, resumed her friendship and in Genesis her love for Giovanni was born again, but he had no more interest in her. This led her to resume her relationship with her ex, who made it a condition for her to leave her friendship with Giovanni to continue with her.

“I blocked him from all social networks without even giving him an explanation. I dropped off the face of the earth for him. He didn’t know anything about me for a year and a half that the relationship lasted, “said the woman.

Again, Genesis ended their courtship due to infidelity and then, he looked for his best friend to establish friendship again, and now yes, reveal his true feelings.

Finally, the girl revealed to her friend that she was in love with him, news that came as a surprise to Giovanni, who 24 hours later told her that he felt the same.

“We were dating for like 2 months and he proposed to live together. He came to live with me and, after a year and nine months, he proposed to me”, narrated the young woman.

In the images that became viral on TikTok, the couple is seen in the middle of a civil marriage, while they are united before the law.

* Unusual: footballer misses his own wedding because he was needed and his brother takes his place
* Bride is left at the altar because her mother-in-law told her son that she was “short and ugly”
* Dies at girlfriend’s house after romantic date