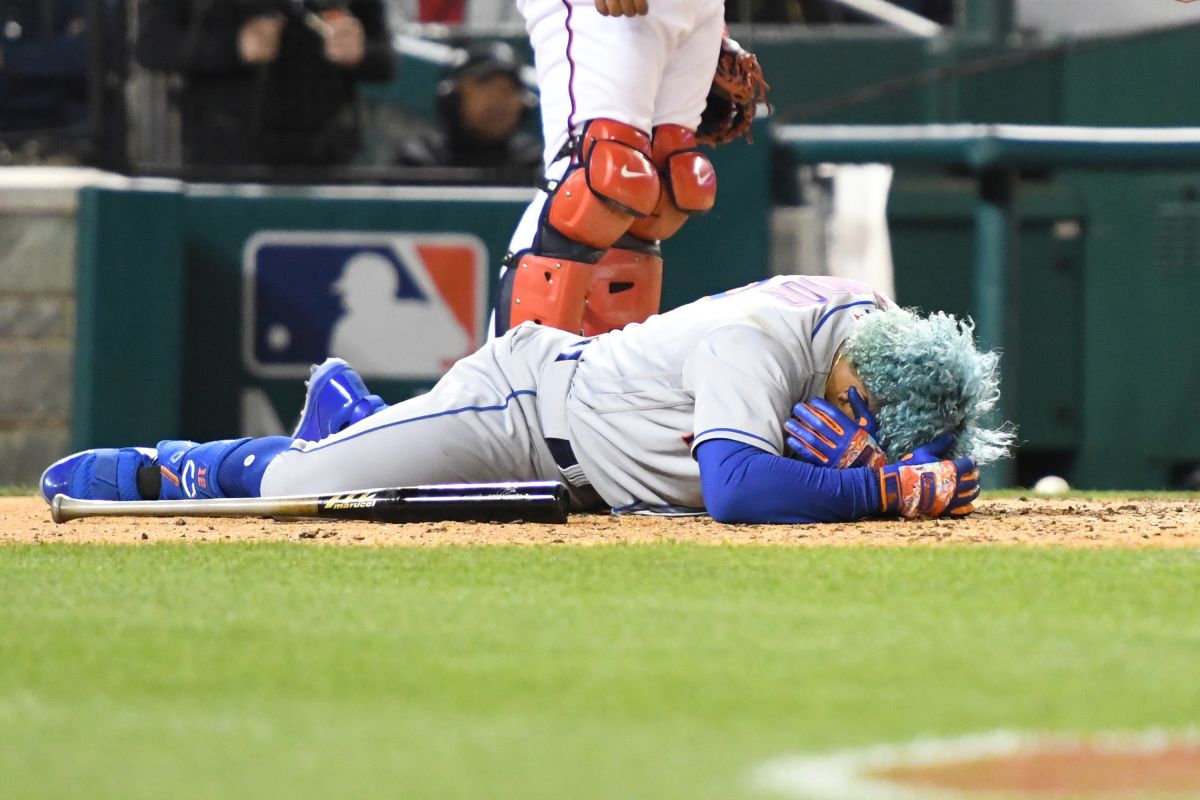 New York Mets faced for the second night in a row Washington Nationalsbut this time with the return of Max Scherzer to the capital of USA. However, despite taking the victory seven races to three; The meeting had an agonizing moment that made the metropolitan troop tremble and this was the product of the ball that the Puerto Rican received in the face, Francis Lindor.

Fortunately, the 28-year-old baseball player underwent the respective medical tests and the results were completely satisfactory, since the Puerto Rican did not suffer a jaw fracture, much less a concussion.

The only thing that the born in Caguas, it’s a scratch near the chin, a cut inside the mouth, and maybe a broken tooth; according to information from the Majors.

However, despite having been only a moment of fright; the manager of the New York Mets He was one of those who supported his player the most and still does not believe how the Puerto Rican did not suffer more damage due to the speed of the pitching.

“If the pitcher throws there, these things can happen. Max Scherzer had no problem controlling the ball tonight. I don’t know how he didn’t take more damage.”strategist Buck Showalter commented.

The reliever of the capital team Steve Cishek He was the one who hit the Puerto Rican shortstop with the ball. Also, what impressed the most and what caused the reaction of Showalter from the cave; is that the episode took place in his second pitch, something that was not accepted on the visitors’ side.

Likewise, the same player after the commitment, managed to attend the media to convey his gratitude to his teammates for supporting him in the terrible moment he lived on the field. In addition, the Puerto Rican reiterated that he is very proud to be part of the New York Mets.

On the other hand, this is the fourth hit received by those from “The big Apple” so far this season, since on the opening day, the catcher James McCann he was hit by the ball twice; while Peter Alonso he withdrew from the engagement due to a bleed on his lip at the close of the engagement.

Despite these events, the New York Mets They have started the campaign on the right foot, since they have won their first two commitments and this suggests that they are a firm candidate to win the pennant of the Eastern Division of the National League.