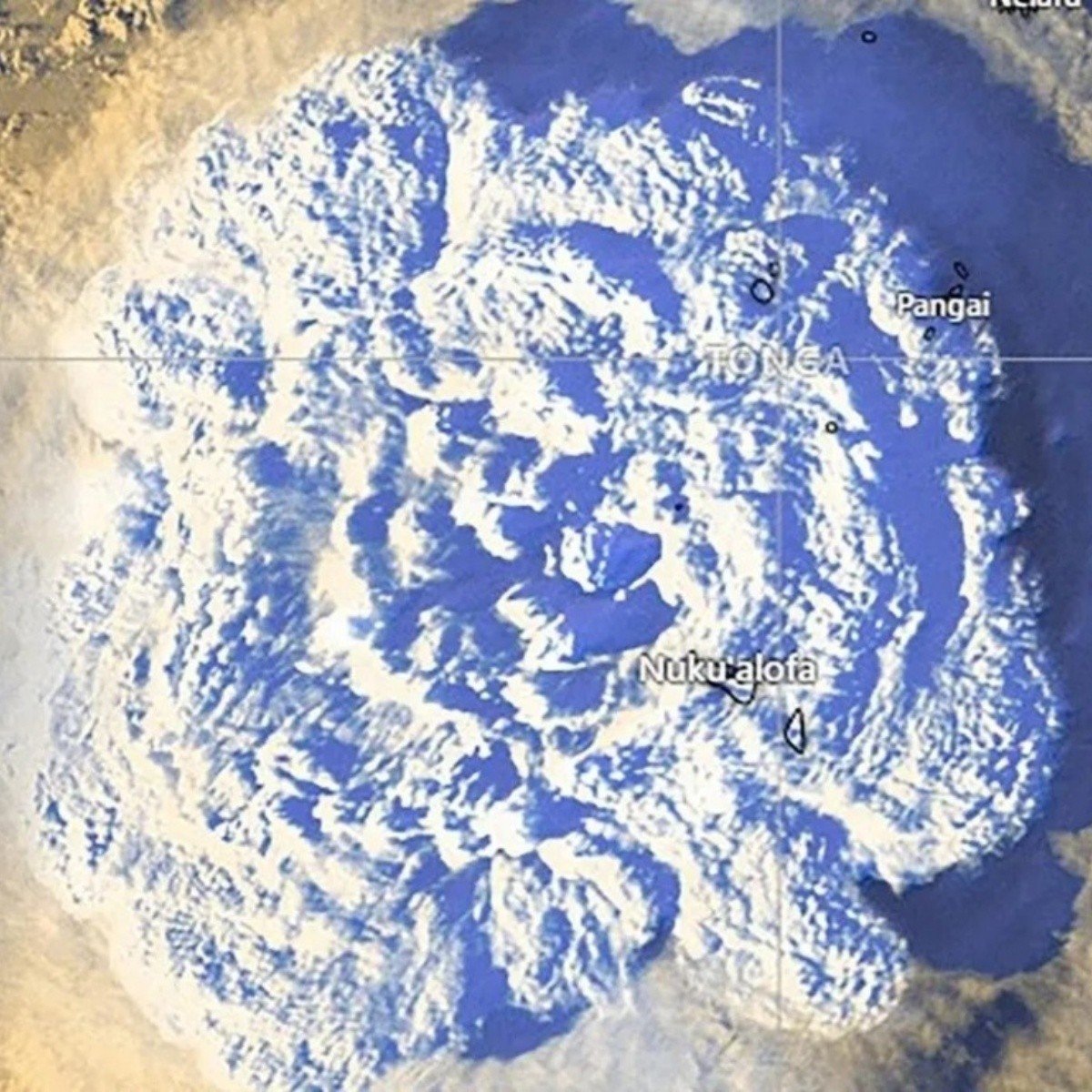 Tonga.- Since last week, the Hunga Tonga-Hunga Ha’apai volcano recorded activity, but it was not until last Saturday, January 15, when a large explosion occurred in the submarine volcano, located in the South Pacific, which managed to be heard even in US territory.

The great detonation in the submarine volcano also caused waves that exceeded a meter in height, which hit the coast of Tonga, whose government has described the natural phenomenon as an “unprecedented disaster.”

This Tuesday, several satellite images have been revealed that show the before and after of the eruption of the Tonga-Hunga Haʻapai volcano and the subsequent tsunami that it caused.

In the images provided by Copernicus to the agency EFE you can see how the archipelago, made up of around 169 islands, was covered in ash after the great and resounding eruption of the Tonga volcano.

After the eruption of the volcano, various users of social networks began to upload videos that accounted for the enormous waves in the coastal areas, which were surrounding the houses and buildings of the Polynesian kingdom.

After the natural discovery, thousands of inhabitants reported that they had been left without electricity service, coupled with the fact that they had also remained incommunicado on the islands.

According to data from the Red Cross of said region, approximately 80 thousand inhabitants of the archipelago could have been somehow affected by the eruption of the volcano and the tsunami.

This Tuesday, the government of Tonga confirmed the death of a person due to the eruption of the Hunga Tonga volcano, which has been established as one of the most violent in the last 3 decades at the international level.

Meanwhile, in Peru were reported two women who drowned on a beach in the north of the South American country during the strong waves that affected the Peruvian coast last weekend due to the eruption produced in the Pacific Ocean.

“We regret the sensitive death of two people, who were found dead by members of the San Martín police station, on Naylamp beach, when the waves were abnormal,” the Peruvian National Police (PNP) reported through its Twitter account.