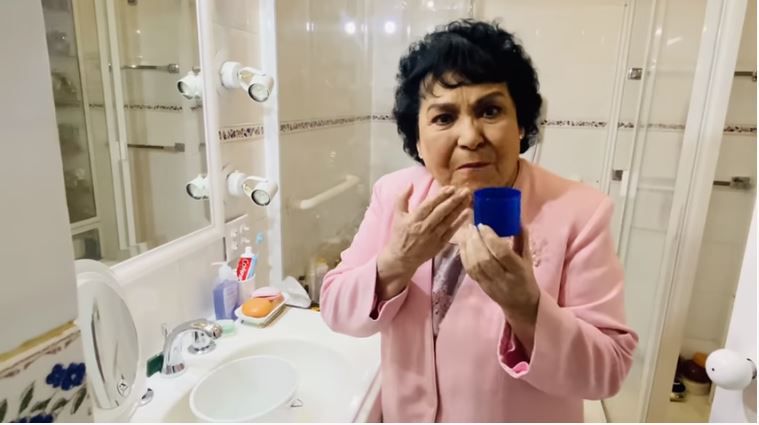 Last Thursday it was confirmed that Carmen Salinas passed away at 82 years old, after being admitted to a private hospital in Mexico City for almost a month due to a stroke she suffered. However, the extensive career of the artist was not only in the theater with “Aventurera” but also much of it was on television.

Carmelita Salinas won the hearts of Mexicans in her various appearances in Televisa soap operas, that is why we will give you an account of which were his most recognized characters.

This melodrama premiered in 1992 and it was starred by no more, no less than Thalia. The story revolved around a young woman with few resources who must support her brothers, since her father has a strong alcoholism problem.

Later, María will meet a millionaire man named Santiago del Olmo, who after meeting her asks her to marry him, very much against other relatives who want the businessman’s fortune. Thus, among the various difficulties that the character of Thalía was going through, Filogonia “Doña Filo” was the role played by Carmen Salinas.

There, the actress was one of the greatest supports that María Mercedes had and supported her at key moments of the plot.

Until the money do us part

Another melodrama in which Carmen Salinas participated was in Until the money do us part which was issued since 2009 and featured the performances of Pedro Fernández and Itatí Cantoral.

The story revolved around a car salesman in an agency who falls in love with “Alejandra Álvarez” a sales manager who was badly injured by an accident. Due to this situation and the seriousness of the injuries, the character of Itatí Cantoral no longer marries her treacherous boyfriend and little by little falls in love with “Rafita.”

In the plot, Carmelita appeared as “Arcadia Alcalá” the owner of the automotive agency that tries to help to sellers in their most difficult moments.

My fortune is to love you

In this history, The experiences of opposing social groups are portrayed, so scenarios such as a luxurious mansion and a popular home can be seen.

Salinas gave life to the character of “Doña Magos” and after announcing the artist’s state of health, the producer Nicandro Díaz He wanted to respect the condition of the actress and wait until he could make a decision; so that he did not rush his position on the paper.

However, a few days later the actress’s family clarified that, in case of waking up, could not rejoin immediately to your work activities. After that announcement, the production of Loving you is my fortune determined that it was necessary look for an actress to replace to Carmen Salinas; so the talented Red mary was chosen to give life to Doña Magos.

On November 29, it was announced that María Rojo had already started recording the scenes for give continuity to the history of Doña Magos, the grandmother of the protagonist of the story “Chente Ramírez”, played by David Zepeda.

“We had high hopes”: Carmen Salinas’ family revealed her last minutes of life

Carmen Salinas passed away at 82 years of age

Carmen Salinas: the day she spoke about her death and the reason why she would die “calmly”