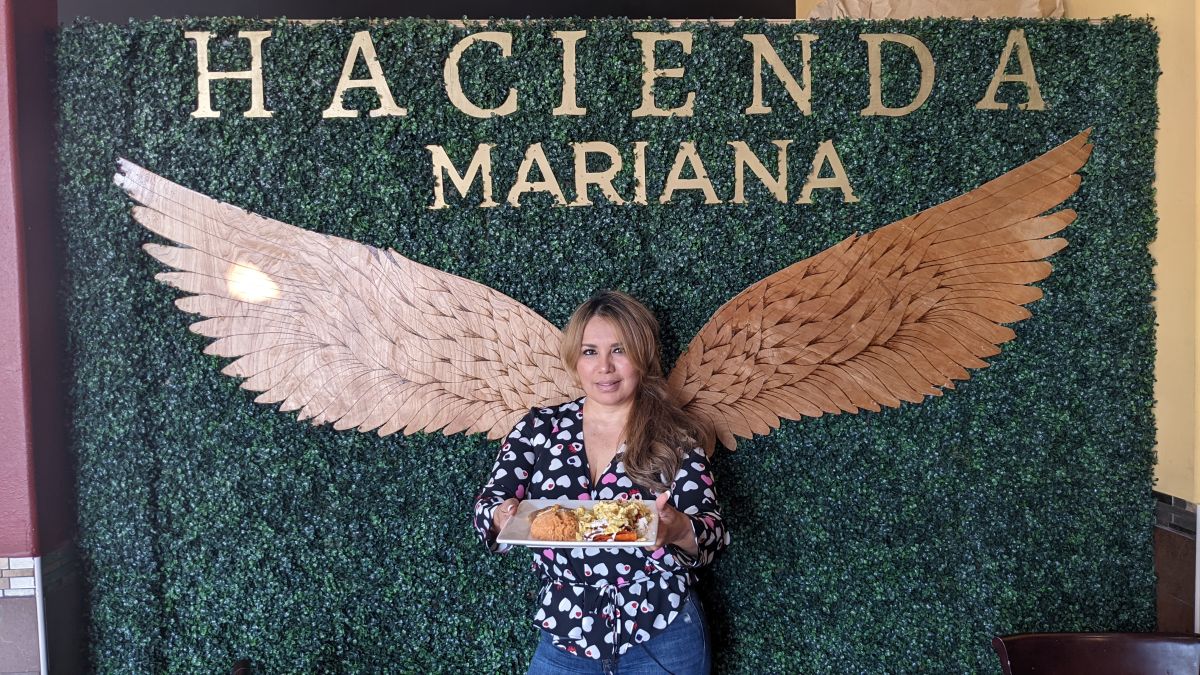 Korina López began to venture into the world of banda music when she was 16 years old. She subsequently toured with renowned groups such as K-Paz de la Sierra and Ramón Ayala and she sang in clubs and everywhere that offered her the opportunity.

However, for one reason or another, his career was not reaching the stardom he was looking for. So he decided to look for a plan B in his life.

She had the idea of ​​owning her own restaurant and brought it up with her husband Daniel Ramos. He supported her from the beginning but they presented themselves with two problems; they did not have the capital or business experience to start.

“I know a little about restaurants because I had worked and I know customer service, so I went to work with a friend who had four restaurants so that he could teach me more,” the 48-year-old singer recalled.

At the beginning of 2018, she found out that a restaurant was being sold in the city of Lynwood, so she went with her husband to talk to the owner. Because they did not have the necessary amount to pay, they offered her an association, which she accepted. The restaurant that already had the name “Hacienda Mariana” remained and a few months later the couple managed to get a loan to buy part of it from the former owner.

The restaurant that offers Mexican food and seafood began to hold special events, karaoke nights and some friends and acquaintances of the couple from the world of music and entertainment came to promote it.

On one of the walls there are wings painted with the name of the restaurant, Hacienda Mariana. The businesswoman said that she decided to put them on because the restaurant became her guardian angel that gave her the opportunity to start a new project. Initially she thought that this would be a temporary job to raise money and return to music again.

Little did the couple imagine that the covid-19 pandemic would change their plans and make them see their strength.

The pandemic helped us

López said that he perfectly remembers Friday, March 13, 2020, since that date was when they made their last payment on the loan they had requested for the restaurant, but it was also the date that it was announced that the businesses would close due to covid-19.

“I didn’t know whether to go home and cry because the restaurant was closed to us, but blessed God, I already had all the tablets of 15 cyber restaurants like Doordash, GrubHub, Postmates and others,” said the businesswoman.

These media are the ones that she assured saved her from a closure as happened in many other businesses. While many restaurateurs refused to apply for services to sell food online for fear of losing 30% of their profit from each sale, she and her husband decided that it would be better than not earning anything.

Ramos, 41, said that he had already seen that his children were fans of ordering food online and it was delivered to their doorstep. So he saw that online food sales had a chance to move forward.

The restaurant received approval from local authorities to open as an essential business and sell takeout, and the couple wasted no time. Ramos, who had worked all his life as a musician and producer, was forced to learn to cook since during the pandemic his cooks were infected with covid-19 and had to stay home.

“Three weeks after starting these services, our sales tripled,” said López. “Almost 70% or 80% of our sales were online.”

Ramos asserted that after not knowing anything about cooking, he found a pleasant taste in cooking.

“It is very difficult to learn, the heat, the burns, the speed of making food. Many could have thrown in the towel but not me,” said Ramos, who now feels very comfortable making the orders that come to him through different tablets or in person.

López said that by running the restaurant for a few years he has realized that he can help many people in different ways.

“I am excited to see that we are giving people work and for me it is no longer so important to be famous but to help others,” López said. “People give us their love, their support and I feel that I have to do more for the community.”

The restaurant currently has 11 employees and among them are Ramos’ mother and sister as well as the couple’s son Daniel Ramos Jr.

The couple plans to open two more restaurants by May 5, one in downtown and one to the west of Los Angeles. Ramos said these will be called the Hacienda Mariana Express since they will be a slightly smaller version of the one they have in Lynwood.

The businessman added that for now he will leave music aside and dedicate himself to his business since it requires a lot of time.

The couple said business owners shouldn’t be afraid of new trends brought by technology like selling through apps or having different payment methods.

“If you don’t mentalize yourself to connect, it’s not going to help you because [la tecnología] it will not be reversed,” said Ramos, assuring that currently most of his sales are through cyber restaurants.