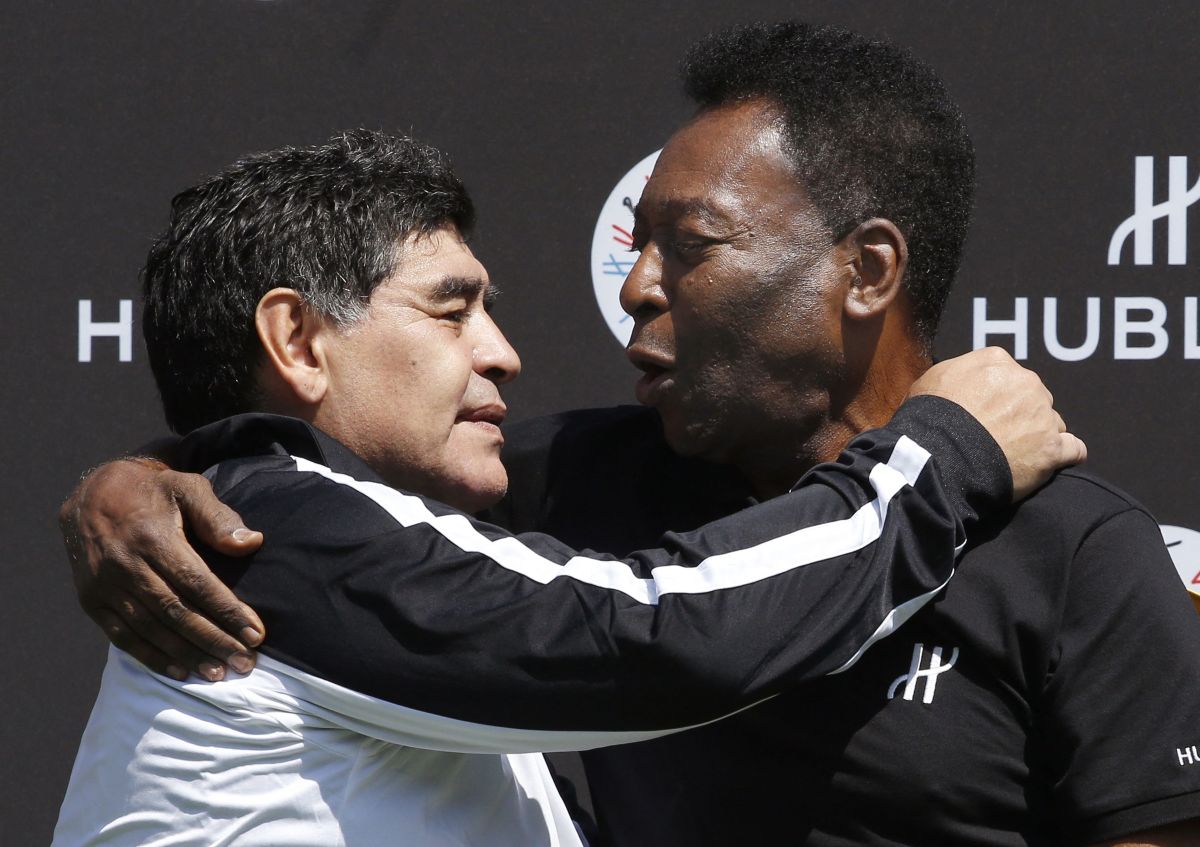 Brazilian star Edson Arantes do Nascimento ‘Pelé’ commemorated this Thursday the first anniversary of the death of Argentine Diego Armando Maradona, which he referred to as a “friend forever.”

“A year without Diego. Friends forever”, said the triple world champion (1958, 1962 and 1970) in a brief message published on his social networks that he accompanied with a photograph in which the two idols appear hugging and smiling.

Pele, 81, and Maradona, who died exactly one year ago at 60, They did not coincide on the pitch, but for decades they maintained a media rivalry about who was the best footballer in history.

However, in recent times, the former Santos y Cosmos forward has rejected such comparisons with the idea of ​​definitively burying the impression that they were facing each other.

“Today I know that the world would be much better if we could compare ourselves less to each other and start to admire each other more.. For this reason, I want to tell you that you are incomparable ”, said Pelé last year a few days after the death of ‘El Pelusa’.

The Brazilian legend, the only footballer, so far, with three World Cups in his record, underlined then that Maradona was “incomparable”, “a genius who enchanted the world“,” A magician with the ball at his feet “and” a true legend “, among other accolades.

Currently, Pelé is convalescing after a colon tumor was removed last September that forced him to stay in the hospital for a month and undergo chemotherapy treatment still ongoing.

“I thought I saw Jesus Christ”: former Argentine player and his controversial description of what he felt when he saw Diego Armando Maradona