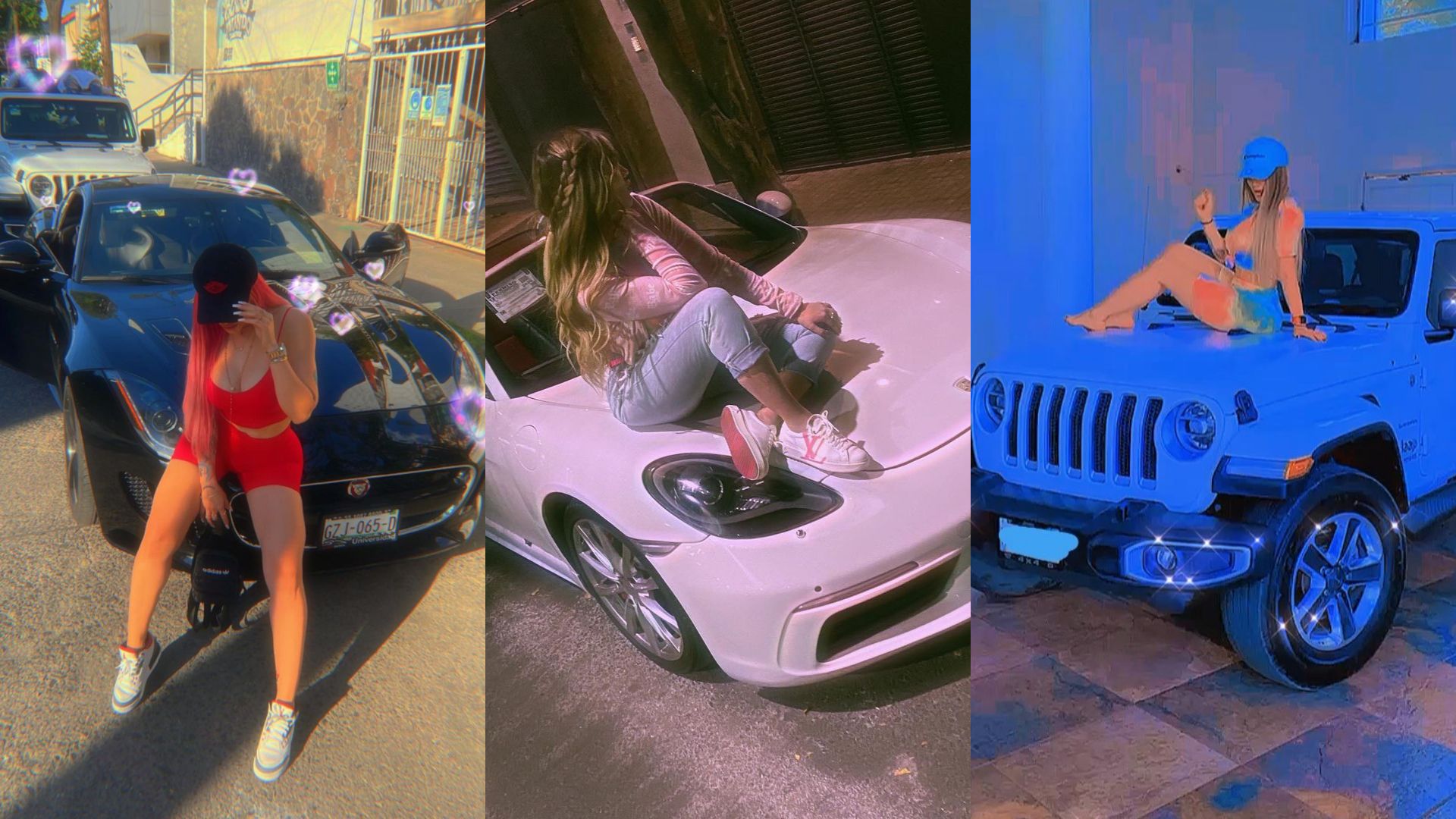 Gaby Castillo, former participant of the program Falling in love, was arrested on January 3, 2022 for her alleged connection with crimes related to fraud in the purchase of luxury cars, in addition to transporting what could be drugs, according to the Secretariat of Citizen Security of Mexico City.

It is not the first time that he can be linked with luxury cars, because through his social networks he published various photographs in which he can be seen aboard various sports brands or considered exclusive, even at the wheel in some of them, although they cannot be shown to be owned by you.

In some of the photographs it only shows the doors or certain angles of the cars, so the first record of a possible luxury car dates from February 5, 2019.

In the postcard, he can be seen sitting on top of a truck’s hood. Renault, which given the angle of your grill, and the way the lights have, it may be a Koleos.

He also appears in a couple of stories with his dog named Gabbana, in which they can be seen riding in a van in which, according to their earplugs, It could be a BMW, unidentified model.

The most controversial truck he has modeled on since February 2021, is a Jeep Wrangler Sahara, 4×4 and hybrid, according to the specifications of the official site of the brand. The list price from agency is one million 115 thousand 900 pesos.

He can also be seen on a couple of occasions aboard a Mercedes Benz G63 Class Pickup 2016 Model; Although new and 2021 agency model can cost more than four million, in Mercado Libre and other sale sites, the 2016 model costs up to 2 million 350 thousand pesos.

In one of his most recent publications can be seen on a black Jaguar sports car; Although they left the license plates, they have already been discharged, since They do not appear in the Public Vehicle Registry (Repuve).

Due to its characteristic lights, and grill, as well as some details on the hood and sides, it could be an F-Type Coupé. The price of these, consulted with the online agency, it can reach up to a million and a half pesos, including its convertible version. It will depend on the engine you choose, the price would reach up to 2 million 617 thousand 900 pesos.

In February 2021 he also posed with a white Porsche convertible car. On the windshield he has a driver’s license without license plates, as he had probably just left the agency. According to its characteristics, could be a 718 Spyder, unknown model. In its most recent version, agency would cost up to one million 818 thousand pesos.

Finally, some photos from May 2020 stand out in which it shows two adventure cars, all terrain, Polaris brand, RZR models. These cars can reach 759 thousand 900 pesos, taking into account their characteristics. There are two to four seats, and there are PRO, XP, RS1 and turbo.

In the photograph of the cars described above, others appear, such as a BMX and a Minicooper, although it is unknown who they belong to. In another photograph you can see a black Jeep truck for which there is no data.

According to the official statement from the authorities, the man who was arrested along with Gaby Castillo, He bought high-end vehicles that he paid with bad checks. On the other hand, they reported that influencer this probably related to a criminal group that operates in the downtown area From Mexico City.

In a luxury car, with drugs and a firearm: this is how Gaby Castillo, former member of Enamorándonos, fell

They arrested Gaby Castillo, formerly falling in love, for links with the theft of luxury cars

Falling in love: this was the fight between Gaby Castillo and the “Bebeshita”