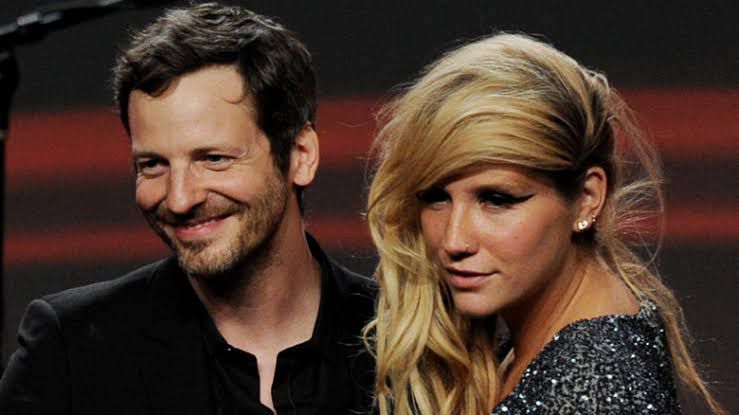 kasha became one of the most important figures in pop music in recent years, thanks to the controversial proposal of his music, which was characterized by having a mixture of one of the most popular genres in the world, giving us the characteristic ” electro-pop” that dominated the charts from 2009 to 2014. Although she had a career as promising as her contemporaries, Lady Gaga and Katy Perry, her career intersected with her then music producer dr luke and a series of scandals that to this day remain unresolved.

Kesha Rose Sebert, which is her birth name, rose to fame with her single tik tok in 2009 being a very different proposal from the extravagance -Gaga- and the fantasy world -Perry- that had become the two new maximum currents that pop singers began to adopt after being very careful with their physical appearance and denim clothing.

Kesha’s relationship with Dr. Luke started in 2005, long before he rose to fame in the United States and the rest of the world. The singer was about to finish her senior year of high school in Nashville, Tennessee, but she decided to drop out and move to Los Angeles. Supposedly he was the one who convinced the teenager to make this decision that changed her life, according to American media such as TMZ.

It wasn’t long after she moved in that the singer celebrated her 18th birthday and signed an exclusive six-album recording deal with producer. According to the agreement, Dr. Luke would receive a percentage of the sales of each album and it would be here that he would initiate one of the most controversial and important musical battles in recent decades.

Although the media scandal began in 2013, the problems began almost immediately. According buzzfeednews, Dr. Luke claimed that they only worked together for months before Kesha tried to get out of their contract. He also alleged that, at the time, she threatened to create “false accusations of abuse” if he did not agree to release her, a version he has maintained to this day.

The lawsuit was filed by the interpreter of hits like We R Who We R, Die Young or Timber -in collaboration with Pitbull- officially in 2014, however the basis of everything would happen 9 years ago. According BillboardKesha’s lawsuit alleged that Dr. Luke gave her what he called “sobriety pills,” which were actually the date rape drug GHB, before taking her back to her hotel room. and rape her.

This reportedly happened at the home of another iconic pop culture character in the 2000s: Paris Hilton. The two apparently attended an after-party for Nicky Hilton’s birthday at Paris’s house, where he would have given her the drug, according to her. In a story published by the magazine responsible for the Billboard Hot 100 -the most important music popularity list in the world-, Kesha’s mother, Pebe Sebert, detailed how her daughter allegedly woke up naked and disoriented in the producer’s hotel room with no recollection of what happened.

The singer allegedly told her mother: “I do not know where I am. I think we had sex. I am sore and sick. I don’t know where my clothes are. I think I have to go to the hospital”. The two reportedly didn’t go to the police because Kesha “just wanted to sing and didn’t want to be the victim of a rape case.”

Lukasz Sebastian Gottwaldha, which is the official name of the producer, has denied Kesha’s claims on more than one occasion. In a statement, via AND! United States, her lawyers alleged that she was “kicked out of the after party for her behavior” and the producer helped her “as an act of kindness.” Kesha wrote the song Paris Hilton’s Closetabout vomiting at the event.

In 2012 Dr. Luke co-founded Kemosabe, the label of sony music where he served as CEO. In that same time, the pair worked on their second album, Warriorbut according to reports in the lawsuit, things were “tense.” New York Times revealed that the pair began to fight over the creative direction of Kesha’s music. Supposedly said American newspaper, she wanted a rock sound with lyrics that ventured beyond the party, something that, according to her, Dr. Luke did not want or allow it in any sense and ended up rejecting his lyrical ideas.

In October 2014, Kesha filed the civil suit in California, United States, against Dr. Luke, alleging that his time working with the producer was like a “prison of abuse”. According buzzfeednewsthe lawsuit alleges that the producer had committed “sexual assault and battery, sexual harassment, gender-based violence, civil harassment, unfair business practices, and inflicting emotional distress” since Kesha was only 18 years old and he forced her to use drugs and alcohol “in an effort to abuse her”.

After a nearly two-year battle, Kesha dropped her stalled civil lawsuit in August 2016. In 2017, the story took a big turn that continued to shock the music industry: He threatened to launch a new defamation lawsuit, this time with a 2016 text message that Kesha sent to Lady Gaga, in which she alleged that she had raped Katy Perry.

A couple of months later, the singer of hits like bad-romance, Always Remember Us This Way or PokerFace was cited and, according to vulture, forced to deliver the texts without writing. Perry was also deposed and confirmed that the producer did not sexually assault her.

All this panorama that does not seem to have an end near but a new continuation of the long history, has generated a movement that lovers of pop music remember very well because it recently gave freedom to one of the most successful female soloists in the history of mankind: Britney Spears.

#FreeBritney It is not only one of the most popular and fruitful movements of recent times that gave the singer hits like Gimme More, Baby One More Time or Toxic her freedom from the unjustified guardianship that her father maintained over her for more than a decade, which now in more than one documentary, interview or statement by Britney herself she has cataloged as “inhuman, abusive and with economic interests over her fortune”.

#FreeKesha It is the attempt of pop culture to give the singer freedom in the same way that months ago the world helped with social pressure so that Spears today is an independent woman. At the time, Kesha not only emphasized Britney but also made her unconditional support public, as she is also a woman in the music industry who is also in legal, creative and abuse problems.

Britney Spears was not the only one: what other celebrities suffered a judicial guardianship

The fall and rise of Britney Spears: her darkest moments and how she regained her freedom

What Katy Perry declared about the alleged rape of producer Dr. Luke, publicly accused by Kesha and Lady Gaga