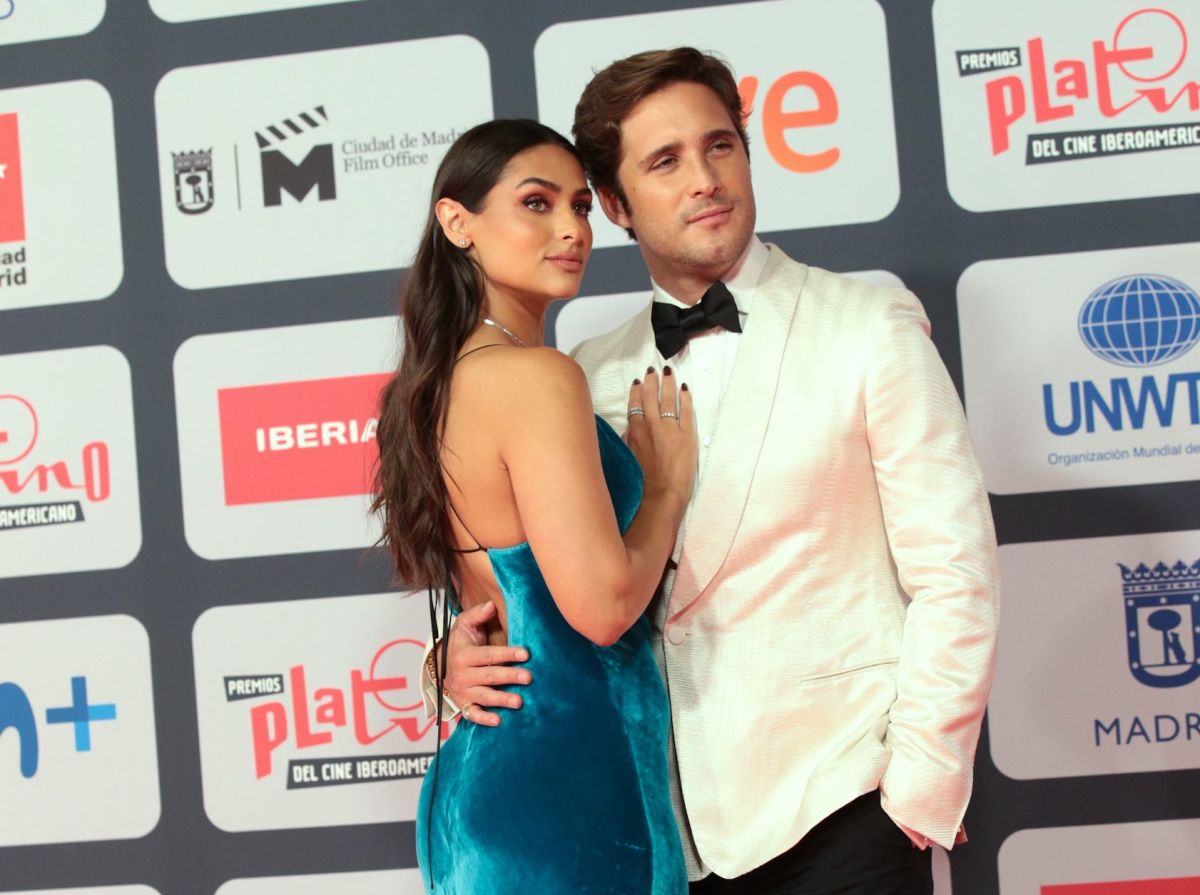 Renata notni and Diego Boneta reappeared publicly to show off their love, this time they attended together the eighth edition of the Platino Awards held last Sunday in Madrid, Spain, how far they went to dazzle with their presence.

Diego Boneta was one of the Mexican actors who attended the Platinum Awards for being nominated in the category Best Supporting Male Performance for his performance in the movie ‘New Order’. But of course it was not alone since he came in the company of his girlfriend, the actress Rennata Notni, who was only present to support him; however again drew glances during his passage through the carpet red.

For this gala, the protagonist of ‘The Dragon’ appeared with an elegant turquoise blue velvet dress, with which she highlighted her stylized figure and natural beauty. For her dazzling look, the beautiful actress chose a discreet jewelry and makeup set that added a touch of depth to her eyes.

For his part, the actor opted for a white jacket tuxedo and black pants, which he combined with a white shirt and black bow.

Faced with the beauty that Notni wasted, it was the protagonist of ‘Luis Miguel: The series’ who could not hide his admiration, because through the stories on his official Instagram profile, he shared with his more than four million fans that he was very nervous about how pretty his girlfriend looked. All this while they headed towards the IFEMA Madrid Congress Center where the event took place.

The first time Notni and Boneta posed for their social media fans was during their trip to Turkey during a hot air balloon festival, when they took advantage of the stunning sunrise scenery to pose for a romantic photo shoot.

The couple of actors made their romance official last April with a photograph in which they were captured by the magazine Who during the opening of a lens store; Since then they had tried to maintain their courtship with absolute discretion and away from social networks.