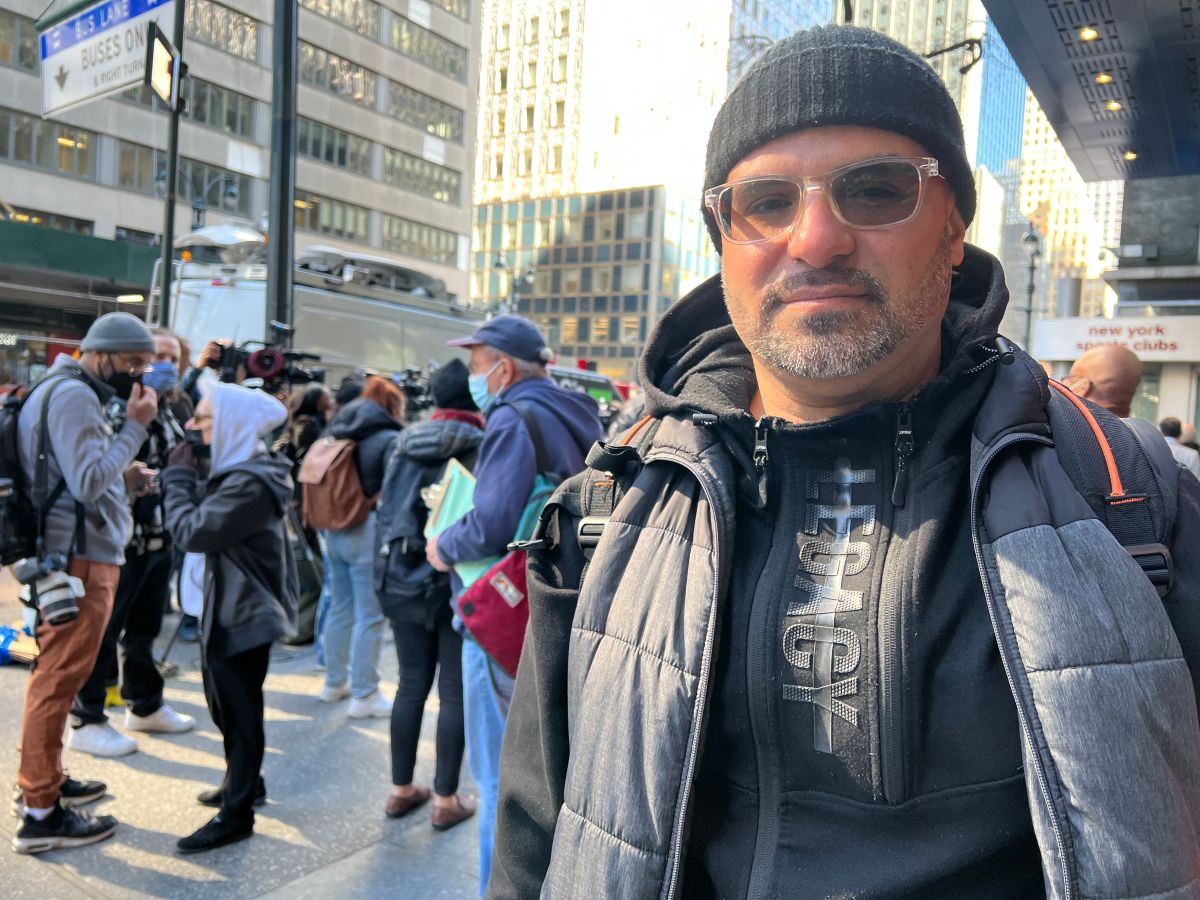 In less than two weeks the legislature and state government will approve the budget that will govern the fate of New York for the next fiscal year. In a move heavily criticized by advocates for immigrants and vulnerable communities, which tried to drive behind closed doors and that came to light last week, Governor Kathy Hochul continues to line up engines for Albany to second and before April 1, put scissors to penal reforms like the Finance Law and the Law of Criminal Responsibility Age.

The advance of the state president, who goes against the progressive wing of the state Legislature that after years of struggle managed to approve the end of bail so that those prosecuted for non-violent crimes with pending trials do not wait in jail, intends, among other things, promote a series of changes, such as judges setting bail again for certain additional charges and for repeat offenders.

Although a few months ago Governor Hochul had shown that he would defend the reforms to the bail laws, his new 10-point security plan tries to reassess some changes, which came into force in January 2020 and modify regulations to increase the age of criminal responsibility of 18 years, which It began to rule since October 2018, generating an opposition front that this Monday began a series of demonstrations in front of the seat of the Governmentin Manhattan.

Activists, former inmates, criminal reform advocates, and family members of inmates from jails around New York State not only called on Governor Hochul and the State Legislature to keep the changes made to bail and criminal liability laws alive, but immediately order the closure of Rikers Island Prison.

“It is inconceivable and immoral that the Governor continues to want to end the progress that has been made to give our communities fairer treatment and that they continue to arrest people and keep them on the island of torture (Rikers Island) that only destroys lives. They have to close Rikers right now,” he said. Victor Pate, co-director of the Halt Solitary Campaignlamenting the death of a third inmate that occurred last week in that prison, which raised the figure to three inmates who have lost their lives this 2022, in events reported as “investigative matter.”

The activist, who was imprisoned for several years in the penal system of the state of New York, criticized the position assumed by the Governor, who aligned himself with politicians such as Mayor Eric Adams who point out that penal reform has had an impact on the increase in crime, so they require revisions.

“People are being neglected and abused. There is a humanitarian crisis. Last week’s court-ordered federal monitor report points to continued prison dysfunction and neglect of the health needs of incarcerated people,” Pate said. “This is too much. Governor Hochul and our elected officials must not make this crisis worse by sending more people to deadly prisons through the elimination of bail, discovery, and age increase reforms. What we need our chosen ones to do is free the people. We need treatments, not prisons.”

Critics of Governor Hochul’s plan repudiated that her public safety package includes more crimes being eligible for bail in New York, which would give judges more discretion to order release by imposing payments and detentions, returning to the time of discrimination and criminalization of poverty, disproportionately affecting Latinos and Blacks. The fear is also that crimes that are not currently subject to arrest will be included and that police may refuse to issue appearance tickets, and instead lead to arrests.

With posters and harangues denouncing the humanitarian crisis in prisons in New York, the protesters insisted on demanding that the Governor withdraw his plan to end bail reform, the discovery and the increase of the reforms of penal age and they asked that it promote plans of decarceration.

“Our message is not only for the Governor but also for Mayor Adams: you have to close Rikers Island, because it is clearly not doing any good for our community. Last year there were 16 deaths there and we are only in March and there are already three people dead in a system that is not working”, assured Edwin Santana, a member of the Freedom Agenda organization, who at the age of 15 was already in the penal system treated as an adult. “Changing the reforms again is not right and putting corporations in jail to give people work without paying fair wages, it’s like slavery.”

Santana took the opportunity to call on New Yorkers who agree with Governor Hochul and Mayor Adams that it is necessary to change the bail law and the age of criminal responsibility, asking them to Don’t fall for “misinformation”.

Advocates of penal reforms, highlighted that the vast majority of those accused of crimes who await their trials outside of prisons do not commit violent acts in freedom. Statistics show that of almost 100,000 detainees in 2020 who were released provisionally, without payment of bail, only 4% were re-arrested for violent crimes committed after leaving prison. The percentage of subsequent criminality among those released without bail before and after the law came into effect has remained almost unchanged, going from 95.44% of those released in 2019 without committing new crimes to 96.14% without crimes in 2020.

Bill Martin of Justice and Unity for the Southern Tier organization assured that the day to day in New York prisons are horror movies that must stop now.

“People upstate are absolutely horrified by what is happening on Rikers Island. What you hear on Rikers happens in all the small county jails in the upstate. Case after case of people dying. Disabled youth stripped naked, beaten and held in solitary confinement,” the activist said.

Laura Whitehorn, of the Bell Release Aging People in Prisonhighlighted that prisons are generators of greater violence and asked the state president to act based on reality.
“Governor Hochul, it is your turn to open your eyes. Do not legislate sowing fear. Legislate actually. In state prisons, one person dies every three days, at the average age of 58 (…) we will not sit idly by while you roll back the little progress made to stop terror, tragedy and death, and the level of incarceration allowed in this state,” said the defender. “It’s time to keep up the progress. We will not stop until we see more progress.”

“Governor Hochul’s last minute Hail Mary to undo critical reforms for bail, speedy trial, discovery and Raise The Age, it’s embarrassing and cynical. Eroding these reforms will condemn thousands of our clients to cages in dangerous and poorly supervised facilities throughout New York City,” said the Legal Aid Society. “Hochul’s rollbacks to the law raising the age of criminal responsibility will deny children age-appropriate treatment, forcing them to face adult consequences when they are not adults.”

The organization that defends the rights of inmates assured that Governor Hochul’s 10-point public security plan follows policies from the 1990s, based on fears.

“East it’s not a public safety plan, it’s an incarceration plan, and it’s a slap in the face of all affected New Yorkers who waited patiently until elected officials finally enacted these long-awaited reforms,” added Legal Aid. “New York tried a ‘tough on crime’ approach for decades and it failed. Governor Hochul’s proposal will only put more Black and Latino New Yorkers in jail, ruining a historic opportunity to promote public safety by prioritizing communities, not jails.”

After the claims to the Governora spokeswoman for her office assured that the president will not refer to the issue publicly, since she is in the middle of negotiations with the legislators.

“As the Governor has consistently said since she became Governor, she does not negotiate in public. We look forward to continuing to work with the Legislature to deliver a budget that works for New Yorkers.” said Hazel Crampton-Hays.