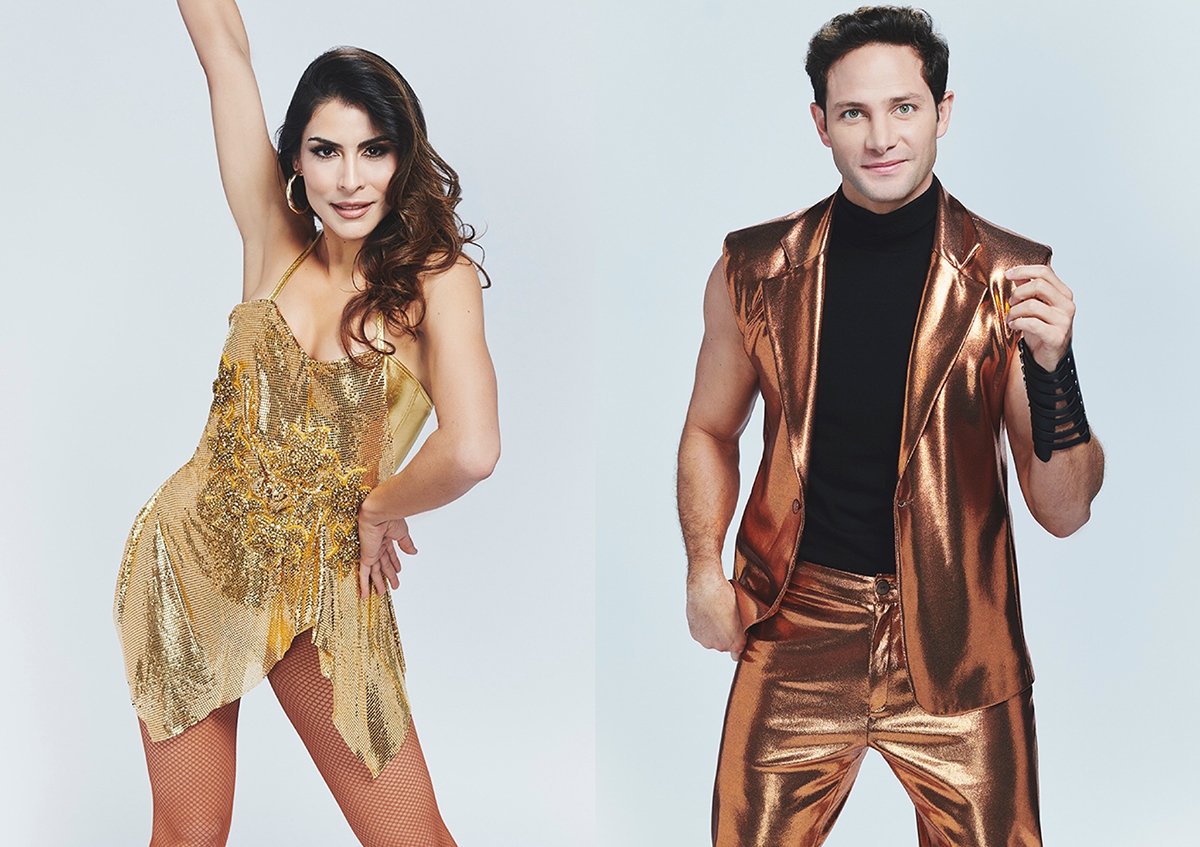 María León and Gabriel Coronel will be in ‘Look Who Dances All Stars 2022’ – Photo: TelevisaUnivision / Univision

Mira Quién Baila All Stars 2022, which begins this coming Sunday, October 9, at 8/7 Pm Central on Univision, revealed that Gabriel Coronel, María León, and six more celebrities will be the eight famous participants here or in other countries and will soon be more familiar to us.

We told you that in this tenth season, Chiquinquirá Delgado would be accompanied by Mané de la Parra as host and Sherlyn backstage. We revealed that the judges would be Roselyn Sánchez, Paulina Rubio, and Isaac Hernárdez.

Now we confirm that Gabriel and Maria will be joined by: Michelle González, Jorge Anzaldo, Ana Isabelle, Ferdinando Valencia, Brenda Kellerman, and Miguel Martínez. Below we tell you who are the ones you still don’t know of the 8 participants of this new season.

This is his third reality show. He participated in Telemundo’s ‘Master Chef Celebrity’ in Univision’s ‘Tu Cara Me Suena’ and now in ‘Mira Quién Baila All Stars.’ The actor, who has starred in several telenovelas, is also a singer, and we have seen him co-hosting several shows and specials for the network that will now see him dance.

The actress, singer, and composer has several advantages and several reality shows in her favor. She won ‘Quién es la Máscara’ and participated in Televisa’s ‘Bailando Por un Sueño.’ Hence, she knows the format perfectly and the other side, as she was a judge in ‘Pequeños Gigantes.’

The actor, who we accompanied closely when one of his twins had to fight for his life as a newborn and then died, now takes on this new challenge of dancing without knowing anything about it. We saw him recently in ‘La Mexicana y El Güero,’ ‘Vencer el Pasado,’ ‘Como Tú no Hay Dos,’ and he also has a history in reality, as he was one of the celebrities to cook in ‘Master Chef VIP.’

The actress, model, and presenter is Ferdinando’s wife, and we also accompany her pain, and she showed us her fortitude when one of her twins passed away. Born in Costa Rica, she became famous in Mexico by hosting ‘TeleHit’ and participating in some episodes of ‘Como Dice el Dicho’ and ‘Campus de Sombra.’

He will be one of the new faces we meet through ‘Mira Quién Baila All Stars.’ Influencer, content creator, and YouTuber, he has many followers who follow his stories on his Youtube channel ‘Los Rulés.’ Friendly, talkative, and determined, Jorge was voted ‘Favorite Latin Influencer’ at the Kids’ Choice Awards 2020 in the United States.

We met her when she won the singing reality show, ‘Viva el Sueño,’ on what was then Telefutura, now UniMás. From there, she released her first album and then headed for Hollywood and Broadway. She participated in ‘West Side Story,’ ‘Stranger,’ and ‘Big Dogs,’ among others. With ‘Mira Quién Baila All Stars,’ he returns to not only reality TV but also the Spanish-speaking market.

Another celebrity we will discover in the United States through this reality show. The network presents him as a musician and reality star. He participated in ‘La Mexicana y el Güero,’ ‘Vencer el Pasado’ and ‘Vencer la Ausencia.’

Producer and actress… Univision presented her as one of Televisa’s favorite children when she was a child. As an adult, she has participated in ‘Mi Fortuna es Amarte’, “Vencer el Miedo’ and ‘Imperio de Mentiras.

SEE WHAT CHIQUI DELGADO SAID ABOUT THIS SEASON: