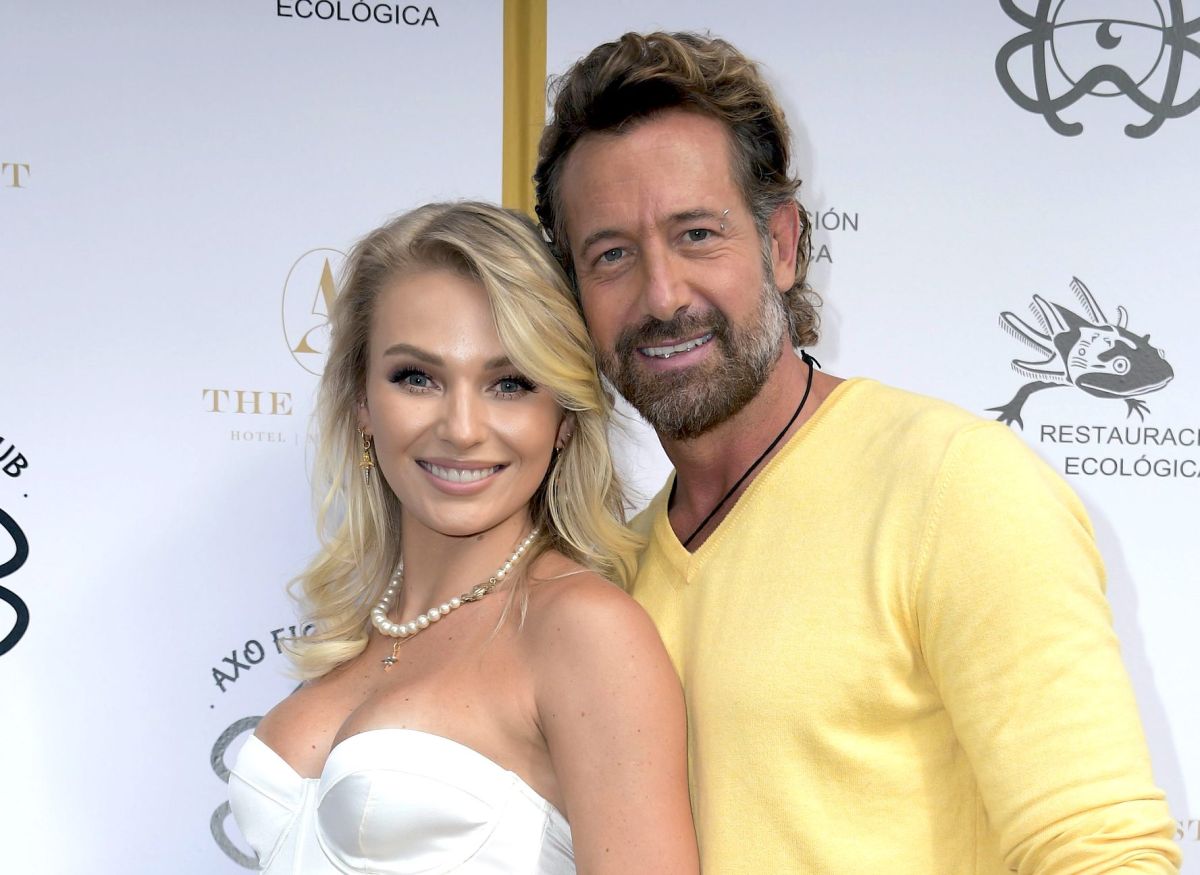 Irina Baeva Y Gabriel Soto took a few days off in New York, but they did not do it alone, because they also They traveled accompanied by Elissa Marie and Alexa Miranda, daughters of the actor, with whom they celebrated Father’s Day and once again they showed that they already live together as a whole family.

During a brief meeting with the media at the Mexico City International Airport, the actor shared that the reason for his recent trip was to celebrate Father’s Day with his daughters, so they chose New York so that the little ones meet and live again as a family, because for him it is very important to spend pleasant moments.

“Being there, being together. We went sightseeing, to know. My daughters had not been to New York, well Elissa had, but she was very small.. We went to all the emblematic places there, we went to Central Park, now we are sightseeing, spending some very pleasant days and very comfortable, “he told Ernesto Buitrón’s camera.

In addition, the protagonist of the telenovela ‘Single with daughters’ revealed that the problems with Geraldine Bazanmother of her daughters, have remained in the past because they currently maintain a cordial relationship mainly for the good of Elissa Marie and Alexa Miranda.

“We are very well, a long time has passed and my daughters have, totally (coupled). I’ve always said, as long as I’m fine, my daughters will be fine, and as long as their mom is fine, my daughters will be fine.. My daughters are our priority for everyone, for their mother, for me, for everyone, now for the whole family. The idea is that the children are well and everything is for their well-being, to have a cordial, respectful, affable relationship, so that they are well, finally they are the most important thing and for me more, “said Soto.

As on other occasions, the 47-year-old actor was kind to the press, with whom he even joked when asked if he had a prenuptial contract like the one Jennifer Lopez did, in which he stipulates having intimacy at least four times a week. , to which the actor replied: “Ah, no, that without a contract is done and fulfilled“, to refer to his intimate life with Irina Baeva.

You might also be interested in:
–Martha Julia goes out of her way to praise her ex, Gabriel Soto, is she still in love?
–Irina Baeva gives her opinion on the reunion between Martha Julia and Gabriel Soto. Did she forbid her to go?
–Gabriel Soto is reunited with two loves from the past in his new novel, Is Irina Baeva jealous?