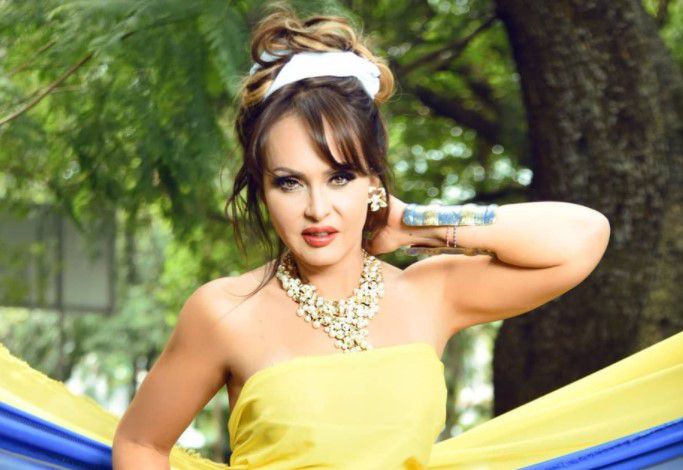 The actress Gaby Spanic She is remembered for having participated in different Mexican soap operas, being “La Usurpadora” the one that catapulted her to fame. In 2021 he was part of the reality show “The House of Celebrities” and after positively receiving 2022, he has started with two of his many projects that he plans to carry out in this new year.

MORE INFORMATION: What happened to Marcia Fernández after being accused of poisoning Gaby Spanic

But Gabriela Helena Spanic Utrera, also known as Gaby Spanic, has not only known how to shine in the world of acting, because she is also a renowned model and singer. Before becoming an actress, she participated in the Miss Venezuela, in 1992.

One of the last productions in which the Venezuelan actress participated was “without leaving us”, considered one of the most successful telenovelas of 2021 and that managed to obtain significant audience levels. Renowned actors such as Mayrín Villanueva and Marcus Ornellas also participated in this drama.

Currently the actress Gaby Spanic he prepares himself to carry out various personal projects that he has in mind.

THE FIRST PROJECTS OF THE ACTRESS GABY SPANIC IN 2022

With the arrival of the new year Gaby Spanic She has surprised her thousands of fans who follow her in each of her telenovelas. This 2022 the Venezuelan artist has started it with two projects far from the recording sets, as revealed by People in Spanish.

The first of these is a calendar of 2022, for which the compilation of his most outstanding photos throughout his years as a star of the show was needed.

The beauty of the actress is demonstrated in each of the photographs that she has published on her social networks.

On the other hand, the second project that has started Gaby Spanic in this 2022 is the launch of a limited edition of a book which is entitled “Enigmas and reflections”.

Spanic talked about what he thinks of this book and what the public will be able to read in that issue.

“It is a demonstration of strength and resistance, it cost me many tears to overcome difficult moments. Some of the episodes of my life are described in this book with sincerity and with the emotion that I overcame them”Spanic said.

It should be noted that the Venezuelan actress also published other books years ago. These are “My life between the lines” (2005), “My life between recipes” (2016) and “Vestiges of freedom” (2021).

WHAT OTHER PROJECTS DOES GABY SPANIC HAVE IN MIND?

To the joy of fans of the actress, Gaby Spanic will return to soap operas in 2022.

It is about “Warring Heart”, a production of Salvador Mejía where the model and singer will have one of the main roles.