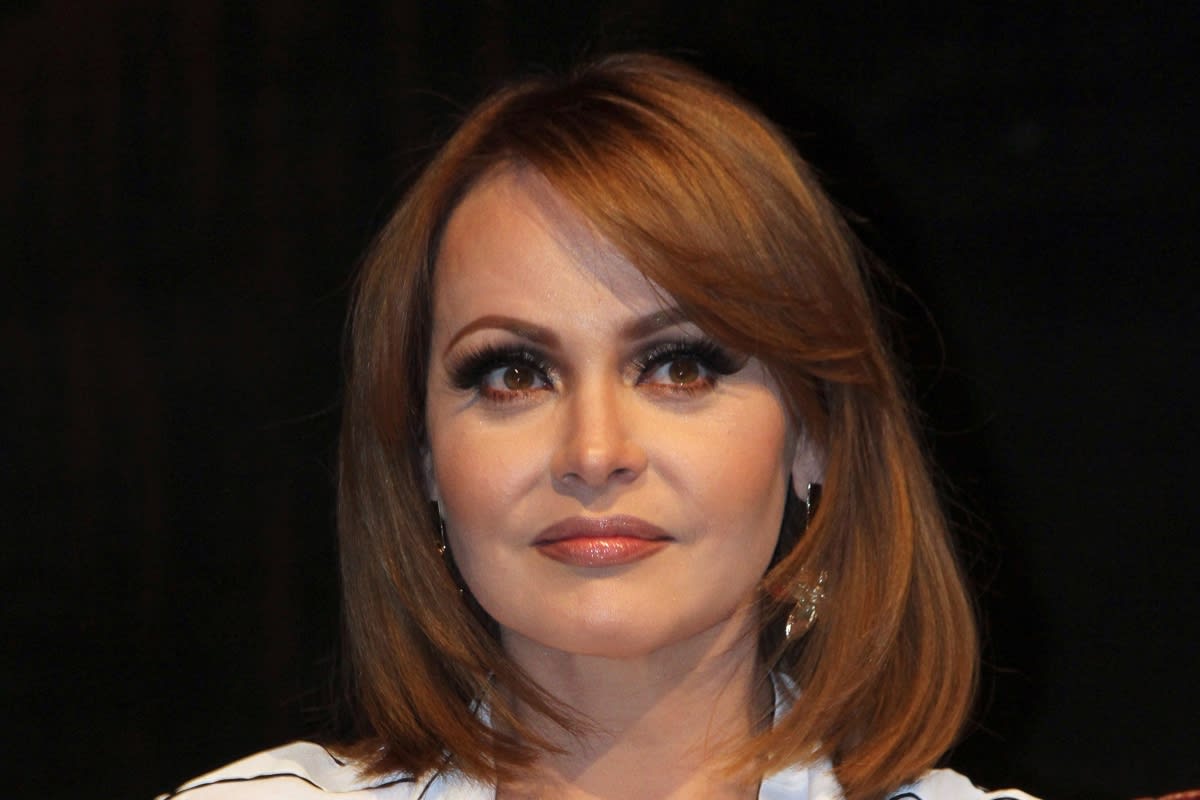 As if the scandals that have occurred in The House of Famous, a reality show broadcast on Telemundo were not enough, now the Venezuelan actress Gaby Spanic surprised everyone by confessing that she surprised her boyfriend with another man.

In a video that is available on YouTube, the protagonist of the telenovela La usurpadora, among others, did not save anything in this ‘dynamic’ in which those present commented on the romantic disappointments they have suffered in the past.

“Has it never happened to you that you have had a partner and it turns out he was gay?”: Gaby Spanic

Lying down, without a drop of makeup and listening carefully to her colleagues, Gaby Spanic waited her turn to share her experience. Despite how difficult this competition has been, the artist can be seen as calm.

“Has it ever happened to you that you have had a partner and it turns out that he was gay?” Asked the Venezuelan actress to the surprise of others, and then said: “It happened to me too,” referring to the fact that the actress and model Alicia Machado went through a similar experience.

Gaby Spanic reveals what no one would have imagined

Then the singer and former beauty queen shared, without saying names, that she discovered her boyfriend and his ‘partner’ kissing at home: “Bello, a beautiful man, it was a thousand years ago, he had a recording and we were Living together”.

“A friend came to visit him, my call was very early, I had all the ‘break’ that day, he knew it and told me that a friend was coming. So, the other actor with whom I had all the scenes did not arrive and I did not notify home that I was going to arrive earlier, ”shared Gaby Spanic.

“I saw them kissing”

Before the astonished gaze of her companions, the Venezuelan actress continued with her story: “I opened the door, there was music, they didn’t feel me coming and in the family room I saw them kissing. I was shocked like this and the only thing that crossed my mind was to tell them: ‘You have five minutes to do what you know you have to do.’

To lighten things up, they asked Gabriela if she told her boyfriend and partner to invite her later, drawing laughter from those present: “And I got on and they already left. Never comeback. We had been around for 8 months, 9 months, or more ”.

Did Gaby Spanic speak to her boyfriend again after seeing him kissing another man?

To end this story, Gaby Spanic was asked if she spoke to her then-boyfriend again, to which she replied that she never wanted to, even though she did seek her out: “That traumatized me a lot. I never saw a gay gesture, nothing, I never suspected anything, he was very masculine, I don’t know if he was ‘bi’ (bisexual) ”.

It did not take long for Internet users to react to this unexpected confession and make their guesses about who could have been the man Gabriela was referring to, who did not stop eating at all times (TO WATCH THE VIDEO CLICK HERE).

“What surprises in life with Gaby Spanic”

In addition to complimenting her on her beauty, despite looking without a drop of makeup, several people were surprised by the confession of the Venezuelan actress: “What surprises in life with Gaby Spanic”, “The good thing about this is that they can relax and tell each other things, they don’t have cell phones at hand ”.

For his part, one person did not fully believe the artist: “It sounds like an invention to me, it seems strange to me, a comment full of prejudices”, while someone else took her side: “Girls, don’t worry That has already happened to the entire globe ”.

By not going into more details about the identity of her boyfriend, whom she discovered kissing with another man, fans of Gaby Spanic began to make their theories: “The one who was an actor from TV Azteca?” And she was not intimidated by him not to realize it?

“The fact that the person is gay does not mean that he cannot have relationships with people of the opposite sex”, “It is that Gaby sometimes seems transsexual, so that part the gay liked … later, he rode horns with a man”, “In Anyway, these guys are bí, not gays “,” After as he liked sleeping with the girls, Spanic is not defined “, you can read in more comments.

A few months after turning 48 years old, the one born in the city of Ortiz, in Venezuela, Gaby Spanic, melted her followers in her most recent Instagram post, where she asked them if they were watching The House of the Famous.

Although most of the comments were to praise her beauty, among them the entertainment journalist Pepillo Origel, there were those who wrote the following: “You already took a knife again, kid, you are going to be deformed, you are so beautiful.”

Gaby Spanic declared herself ready to enter the famous house

It was last Tuesday, August 24, that the reality show La casa de los famous began its broadcasts on Telemundo with the participation of 16 celebrities. The motto of this program is “Everything can and will happen” and what is happening.

A day before, through her social networks, Gaby Spanic declared herself ready to enter this reality show and some of her colleagues, such as the Mexican singer Pablo Montero and the Peruvian actress and model Verónica Montes, expressed their support.

With a photograph of the memory that to date is about to reach 100,000 likes, the Venezuelan actress reposted the message that the renowned photographer Alex Padrón dedicated to her, entitled “Our first time” and that caused all kinds of reactions among the netizens.

In a part of this message, the following can be read: “Gaby nervous that someone would see her and take photos (although we were removed from the seashore, voices were heard). We improvise with a shirt, jewelry, and Zas! Gaby got naked… ”.

In memory of your loved ones

In October of last year, Gaby Spanic suffered one of the hardest blows of her life with the death of her mother, Norma Utrera, who died of cancer. And in one of his publications, he confessed that he saw his father again, to whom he dedicated an emotional message.

“Long time no see, dad! I share this memory with a great man, a great father! That he taught me so many things, if I were to be born again, I would ask God to be my father again! Almost 5 years without seeing it! I love you dad Casimiro! Happy weekend! He’s been here with us since last night ”.