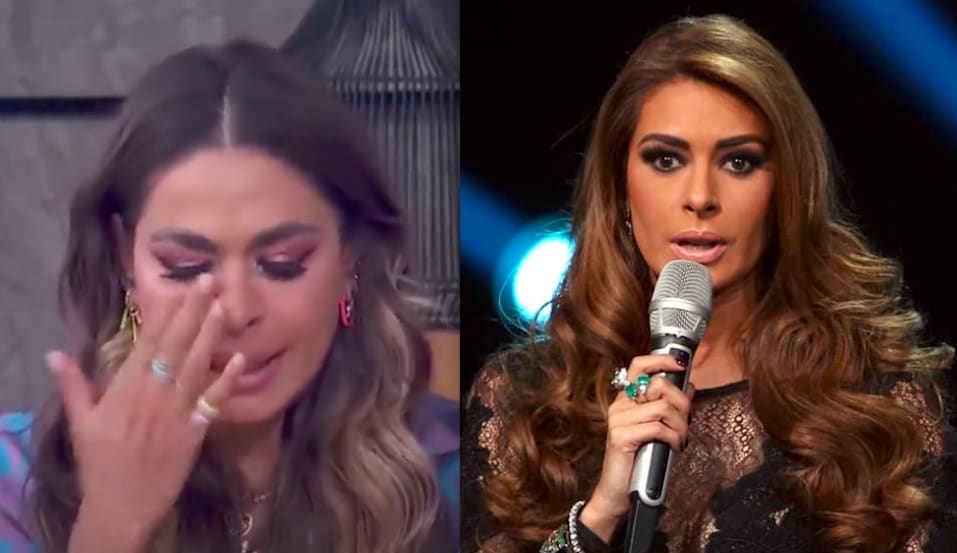 It has not been the best year for the Mexican driver Galilea Montijo, because in addition to the death of her father and other loved ones, her two coronavirus infections left her several sequels, so the question arose if she was about to die.

In the broadcast of the Hoy program last Friday, September 17, available on his YouTube channel, “Gali”, he shared with his colleagues, after presenting a note in which the host Monserrat Oliver said the damage left by the Covid -19, what no one would have imagined.

“The heart stroke and peritonitis left me”: Galilea Montijo

“I have listened to several people who say, especially the loss of memory, after the Covid, there are many sequelae, the heart stroke and peritonitis left me. There are many people who have affected them, ”said Galilea Montijo.

Before the attentive gaze of her colleagues, the television presenter also shared that her cardiologist told her that after several months of being infected, some inflammations appear, so you have to take your pressure frequently.

As if that were not enough, Galilea Montijo revealed that she is hypertensive, although that condition is her mother’s ‘fault’: “Please check if you feel strange,” he said, to which Andrea Legarreta recommended to the public not to miss the opportunity to get vaccinated.

Later, the Mexican driver clarified that one of the sequels left by this terrible disease was pericarditis (inflammation and irritation of the thin sac-like membrane that surrounds the heart) and not peritonitis.

“The tube never left anything good”

On previous occasions, Galilea Montijo has been singled out for his past, they have even told him in a derogatory way that he was dedicated to table dance, something that he has strongly denied, but as a result of the fact that he confessed that he has consequences from the coronavirus, one person commented: “Now he blames the Covid, the tube never leaves anything good.”

“La Galilea does not talk about her comadre La Inés (Gómez Mont)”, “How strange that celebrities have the strangest consequences of the covid, is it to attract attention?” that the sequel was something else ”, you can read in some comments (TO WATCH THE VIDEO CLICK HERE). Filed Under: Galilea Montijo, about to die from the consequences of the coronavirus?

“In life I have screwed up several times”: Galilea Montijo

A little less than a month ago, the Mexican host Galilea Montijo returned to the Hoy program after her trip to the United States and showed that she screwed up. “Gali” came to the forum with a broken left foot after his teammates helped him take a few steps and get to sit up.

“In my life I have screwed up several times, but this time I did break. I flew down some stairs to come gossiping. I flew like a meter, boys, but here I am with all my love. ” The tapatia added that, due to the impact, he could no longer move his limb because the metatarsal was broken, although it was not something that serious, according to the doctors he only has to take care of the stability of his foot for a few weeks.

“Peeeeroooo I do not know whether to be more proud that I was extreme like my father or to faint and thank you for taking care of the whole group of divers from #laquebreda #acapulco”, reads at the bottom of the photograph that the host Galilea shared with her fans Montijo.

And it is that Mateo Reina Montijo surprised his family in the first days of this month by doing his first dive in La Quebrada in Acapulco, Guerrero, thus surprising his family and his parents’ followers on social networks.

The actress and host Galilea Montijo confirmed the death of her father, Gustavo Montijo, due to Covid-19.
During the broadcast of the morning program Hoy, the Guadalajara spoke moved about it, and although she was not very close to her father, she said she was worried about her mother, who is devastated.

“Despite having, I tell you, few and very vague memories of my childhood with my father, because of course I am saddened by his departure. About 10 years ago he decided to return to Guadalajara with my mother and I accepted it for the happiness of my mother, which has always been my intention, to see my mother happy ”.

“I’ll be with my family soon”

“God has given me the opportunity to see for both of us and now that my father has left, well I have to continue to see for my mother as I did from the first day I started working,” he spoke at the beginning of the program that he conducts together with Andrea Legarreta and Arath de la Torre, among others.

Galilea Montijo mentioned that his father, who already had his full inoculation dose, was infected with coronavirus and was hospitalized for 10 days. After his death, he was cremated: “My father was hospitalized for 10 days, he fell, as one more victim of Covid, by this terrible pandemic and already with his vaccines, he had both vaccines. Due to Covid issues, they incinerated him, and I will soon be with my family ”(With information from Agencia Reforma).

It was reported that the Mexican driver Galilea Montijo was in charge of paying all of her father’s medical expenses, as well as funeral expenses, thus paying about $ 50,000 for everything: “His father was hospitalized for 20 days, not ten. as she said ”.

It was on August 6 that the unfortunate news was released that the father of the driver from Guadalajara had died of complications from COVID-19 after being admitted to a private hospital for more than 10 days.

According to information provided by the TV Notes portal, the 48-year-old driver paid more than a million pesos, that is, more than 50 thousand dollars, to pay for medical expenses, as well as the funeral. The latter was revealed by a friend from Galilee, where she even commented that her father wanted to see her, but she did not accept.

“These amounted to more than a million pesos, this because they took his father to a private hospital. I repeat, Galilea wanted, for his mother, his father to get well, and to be saved, but God had other plans, “said the source close to Galilea for the magazine TV Notes.

The driver bore all the medical expenses

According to the portal, Galilea Montijo’s friend commented that the driver’s father, Gustavo Montijo, was infected about a month ago, after he and his brother Omar made a trip to Nayarit to sell land that belonged to their property. After this, both fell ill, however, due to the advanced age of the man, he had to be hospitalized.

After such an unfortunate situation, his relatives let Galilea Montijo know what was happening, to which the driver decided to send him to a private hospital to prevent his mother from also getting infected; Fortunately, Mrs. Rebeca Torres, the mother of Hoy’s driver, was not infected. Filed Under: Galilea Montijo, about to die from the aftermath of the coronavirus? Some images of this note come from the following video