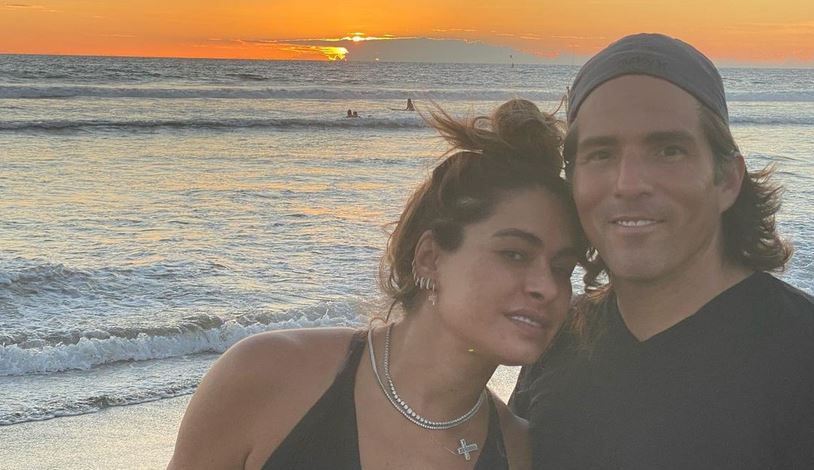 This November 26, Galilea Montijo, the host of the program Today, was approached by a group of journalists as she left the Televisa San Ángel studios. The driver was questioned about the accusations where It was assured that she was apparently related to Arturo Beltrán Leyva, leader of the cartel drug trafficking that bears their surnames.

In this regard, Montijo said annoyed and fed up because considered the accusation “crazy”, in the same way he made it clear that this time he would take legal action for defamation given that does not consider it just a gossip that affects the company she works for or the program she leads, but she is violated and now has a child to care for.

During her conversation with the press, the host recalled that this is not the first time that she has been falsely related or paired: “Where have I gotten into relationships? silence is consent, I’ve often let it go because it’s gossip, I wasn’t married, I didn’t have a child, today I do have someone to take care of ”.

“The moment we take legal action we will see where it comes from, why it comes (the accusation) and well, you always have to ask for evidence, right? you must have tests to reach such a skyrocketing limit “

The viralization of these accusations took place on the YouTube channel of Gustavo Adolfo Infante; this morning, during a break from the live broadcast of The sun rises, the presenter broadcast live in said space and talked about the book launch Emma and other narco ladies, written by the journalist Anabel Hernandez.

While commenting on the book, Gustavo Adolfo explained that apparently, the presenter of Today appears in said journalistic investigation: “Galilea Montijo had an affair with Arturo Beltrán Leyva, who was called The Barbas”.

It should be noted that the driver did not specify in which part of Emma and other narco ladies the presenter is mentioned. For his part, Montijo said he had investigated until he found the YouTube video in which he was accused, but he will not act legally until Anabel Hernández’s book is marketed and You can check if your name really appears there, as it would seem like a very delicate matter.

“From there on out, how do I take it? as another line more to what is said, at the time, if legal actions are already taken, which surely (yes), because we are talking about a supposed book that has not come out, When I get out and if my name is there, which seems to me to be something very delicate, legal action will be taken because surely the writer of that book must have evidence to have me in that book, “he mentioned.

Similarly, Galilea commented that for her, the correct thing would be for there to be a more forceful penalty around this crime: “The day the book comes out I will take legal action and All I’m saying is that yes, the defamation law should be more severe and legislate more severely ”.

In the aforementioned book, the author of journalistic investigations such as The true night of Iguala and Narco on the border: Adolescents at the service of the Zetas portrayed the loving relationships that sustain some showgirls with illicit drug dealers.

In the description of Porrúa’s page, the following can be read regarding Emma and the Other Ladies of the Narco: “On these pages, characters such as Emma Coronel and other wives of important drug traffickers, a former Miss Universe, and some of the most recognized and acclaimed actresses, singers and television hosts in Mexico. Mothers, wives and lovers. “

“It is said, it is rumored”: Galilea Montijo’s response to his possible departure from Hoy

Galilea Montijo reacted to the return of Laura Bozzo

Galilea Montijo: how much is the fortune of the host of “Hoy”