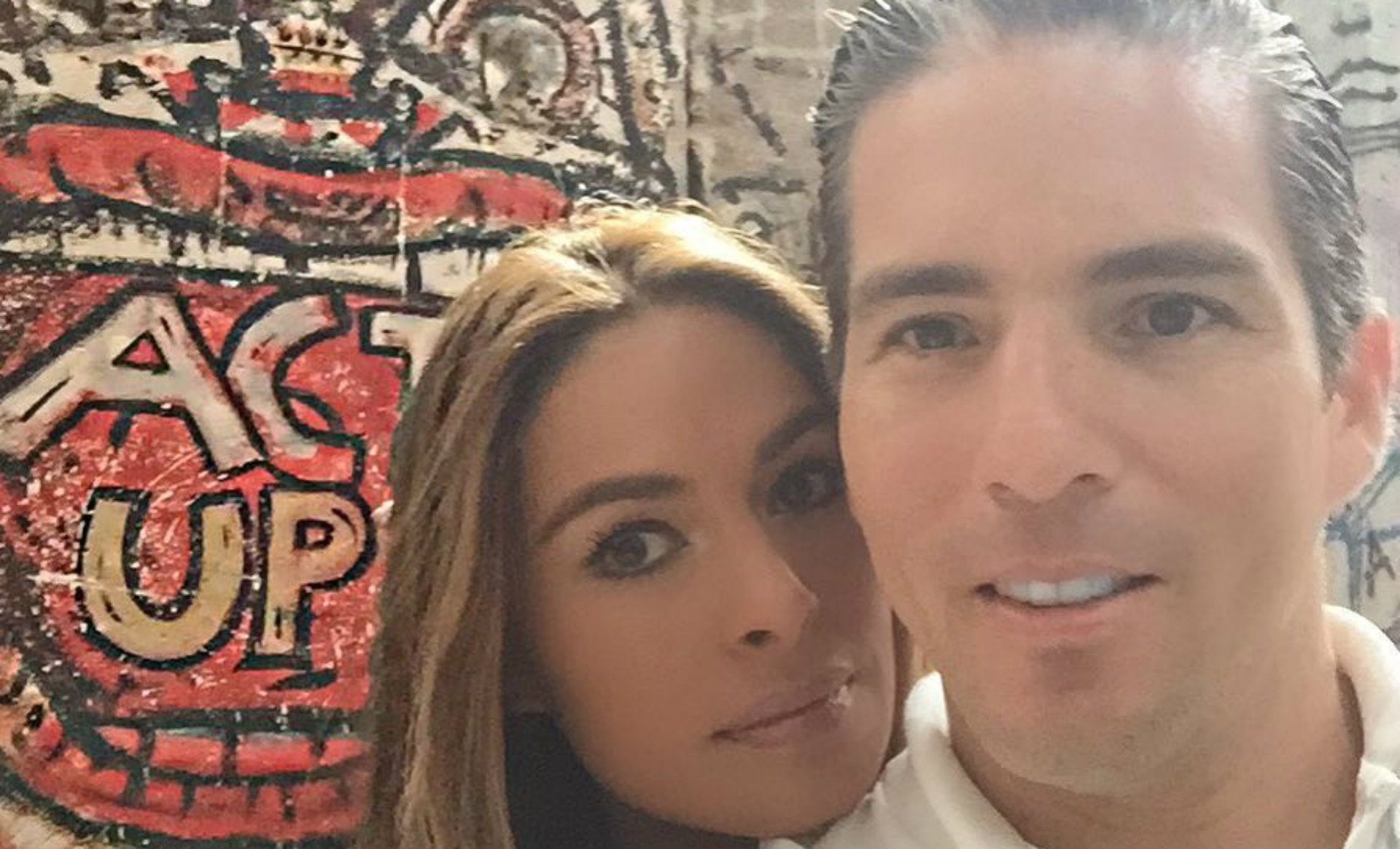 For a few days the famous television host Galilea Montijo generated controversy so her husband Fernando Reina Iglesias broke the silence. One of the main reasons for the scandal was because the actress was also lovingly linked to the leader of drug trafficking Arturo Beltrán Leyva “El Barbas”, in the book Emma and the other narco ladies written by the journalist Anabel Hernandez.

After Fernando Reina Iglesias took a protest as a federal deputy to replace Lázaro Jiménez Aquino of the PRI, the politician was questioned about the rumors in which his wife was involved. “I deserve the opinion that to write things, you have to try them”, declared the politician for the medium In Official Shock.

Visibly upset, Fernando Iglesias tried to defend his wife Galilea in the face of recent accusations against him. Regarding the lawsuit by the famous, her husband replied: “On demand that you see directly Televisa Is not my bussiness”. Similarly, he asked Anabel Hernández to show the evidence that he claims to have.

“I have nothing to say about the lawsuit, I can only tell you that I support her in everything, I trust my wife one hundred percent “Fernando confessed. He also revealed that these issues are delicate and therefore “are not taken at home.”

Let us remember that the presenter of the program Today He shared a video on his official Instagram account where he could not contain his tears and asked Internet users to stop the attacks and criticism they made him.

Montijo also took the opportunity to defend the integrity of her husband and denied that he had business ties with Víctor Manuel Álvarez Puga and his wife Inés Gómez Mont, close friend of Galilee. “My husband has never been a substitute for Deputy Tonatiuh González in the Congress of Mexico City. He stopped working in the Atizapán City Council because he decided to undertake new professional challenges “, confessed the artist.

He added that he considers Reina Iglesias to be an “unblemished” person and is participating in various projects: “Now he is a member of the Board of Directors of the Mexican Broadcasting Industry, is collaborating in the making of a documentary on feminicides in Latin America to warn about gender violence that stalks us every day, I greatly value what he does and how he does it ”.

On the other hand, They recently made a piñata inspired by the morning host. The “Piñatería Ramírez” is recognized for immortalizing key moments of different public figures; The piñata refers to the aforementioned video of Montijo in the midst of tears.

“Gali is innocent, our beloved driver, businesswoman and actress is a victim. All our support for our narco ladies ”, was the text that accompanied some of the images that the piñatería published on social networks. They quickly got several “likes” and the post was filled with comments from their followers.

“Just like her face”, “Even her eyebrow is identical, it looked amazing”, “They are the best”, “I love their piñatas”, “It’s pure art”, “They made us laugh again”, “Even the figure has more tears than Galilea ”,“ I demand that they make their comadre Inés ”,“ They got a ten ”, among other comments. It is important to mention that they have made piñatas of personalities such as Octavio Ocaña, YosStop, Laura Bozzo, Bárbara de Regil, Thalía and more.

Tania Ruiz sent a message to Galilea Montijo after controversy: “You know what you are”