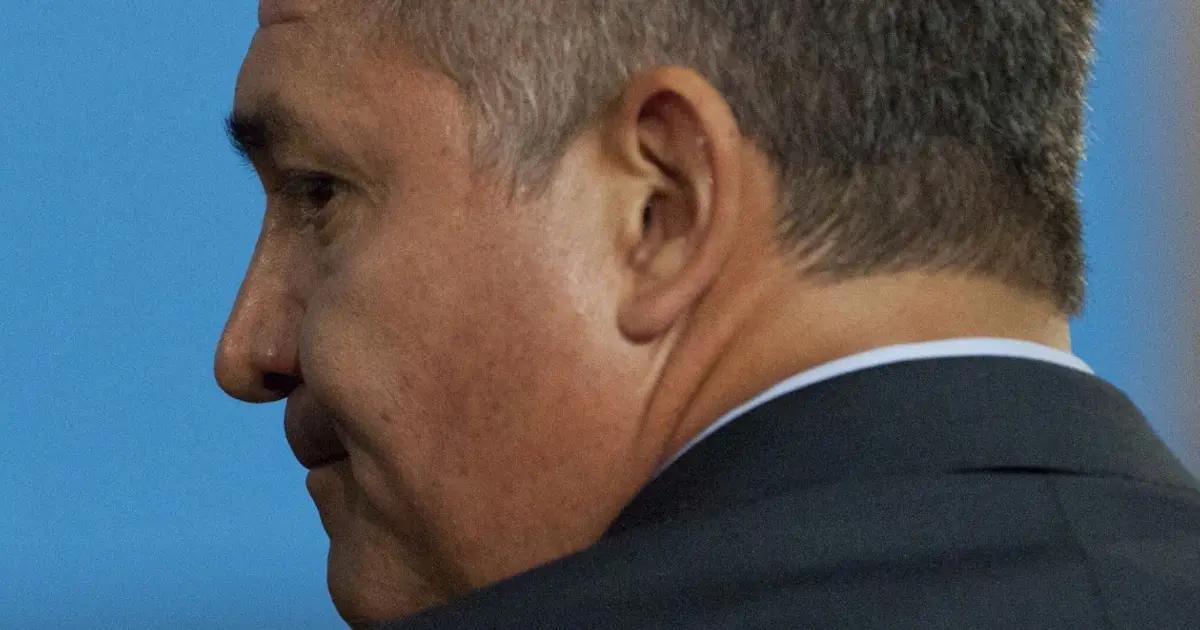 The legal defense of Genaro García Luna, headed by public defender César de Castro, rejected the Justice Department’s motion to sustain the four drug trafficking charges against him and insisted that the charges against his client be dismissed.

In a memorandum sent to the U.S. District Court for the Eastern District in Brooklyn, New York, De Castro states, “Garcia Luna has moved to dismiss the alleged conspiracy – to smuggle drugs – so the 2019 indictment is now time-barred“.

Last week, the U.S. Department of Justice sent to the Court and Judge Brian Cogan an extensive document in which they argue that Garcia Luna since he was a federal public official from 2001 to 2012 and then as a civilian until 2019; collaborated with the Sinaloa Cartel for the international narcotics transshipment.

Before the assertion of the Department of Justice that the accusations could be proven to the Court in trial with a qualified jury, the defense attorney De Castro asked Cogan to annul 4 charges of the 5 that he accuses his client of.

De Castro, a former friend, advisor, confidant, right-hand man, and Secretary of Public Security of Felipe Calderon is charged by the U.S. government with four drug trafficking crimes and one for lying to a federal agent.

The dismissal of conspiracy charges to illegally export drugs to the United States “is a legal decision that this Court may resolve before trial,” De Castro emphasizes in the memorandum, technically requiring Cogan to rule on the matter.

The federal prosecutors charging Garcia Luna with the federal charges maintain the argument that the accused was director of the Federal Investigation Agency (AFI) in the six-year term of Vicente Fox, Secretary of Public Security under Calderon, and then as a civilian until being arrested in 2019, was always in collusion with a faction of the Sinaloa Cartel, headed by Joaquin “El Chapo” Guzman, at the time.

De Castro also argues “that it will be an enormous waste of time and money” the trial against his client – scheduled for January 9, 2023 – and which prosecutors estimate will last about two months.

Garcia Luna’s defense tells the court that they do not doubt that prosecutors may have a lot of information that between 2014 and 2019, the defendant had contact with some Sinaloa drug traffickers but reiterates that this argument is already time-barred.

“Garcia Luna’s request to dismiss the charges invites the government to present an argument that can establish in a trial that after 2012 his alleged involvement with the Sinaloa Cartel continued; the government did not do it and it has not done it because it cannot”, emphasizes the lawyer in the memorandum delivered to the Court.

At the same time, the defense of Calderon’s defense counsel, in charge of the militarized fight against drug trafficking, claims that if his client had colluded with drug traffickers, high-level U.S. officials such as former President Barack Obama would have prevented it.

The public defender again asks the Court to require the Justice Department to present the transcript of his client’s conversations as a Mexican federal official with his counterparts in the U.S. government.

With the crimes that the U.S. government accuses García Luna of committing, and if found guilty of them in a trial, he would be sentenced to life imprisonment as a maximum punishment and a minimum of 20 years in prison.

If Garcia Luna pleads guilty and becomes a cooperating witness, he would receive a sentence of 5 to 7 years in prison, minus the three years he has already been detained. Then upon his release, he would be deported to Mexico.