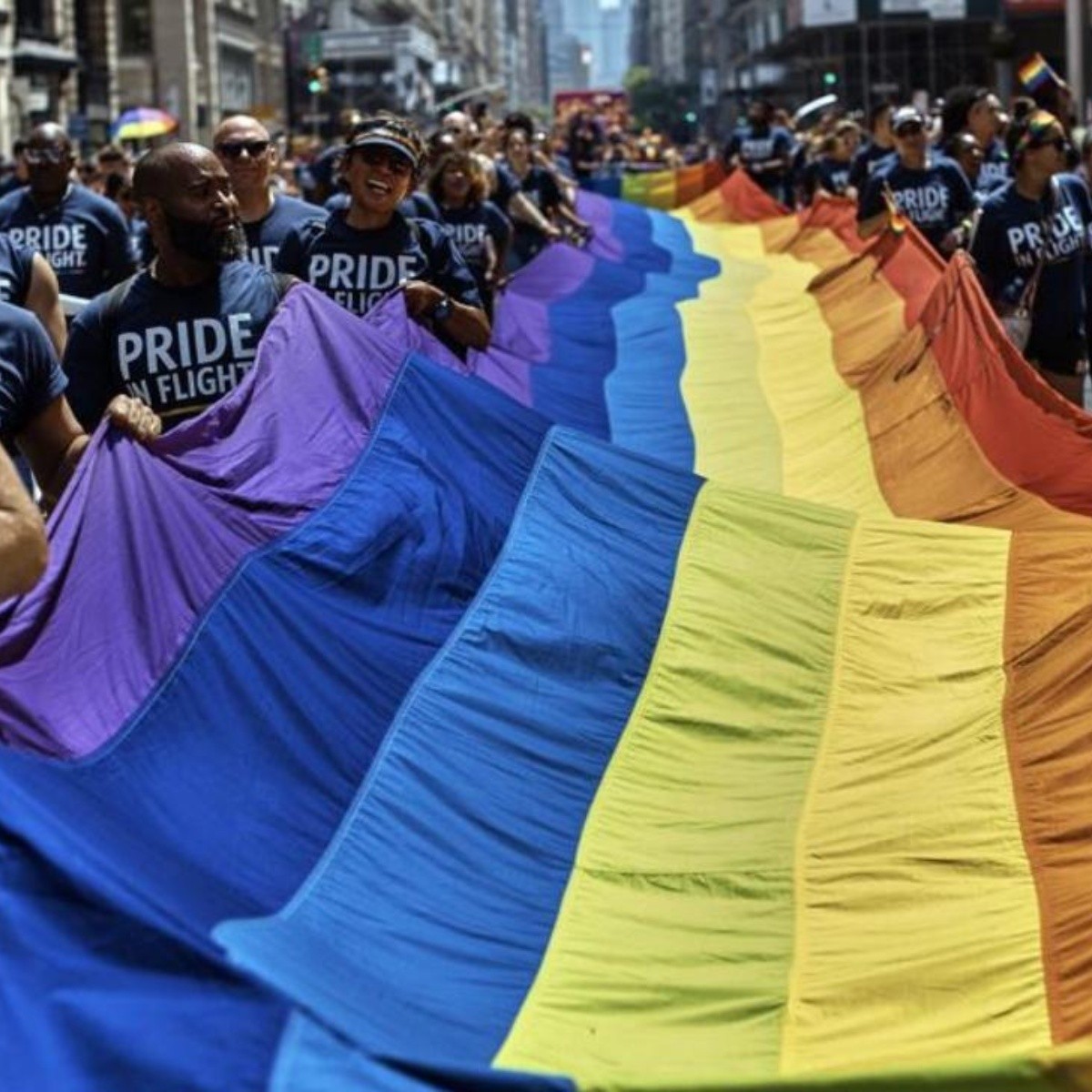 USA.- The parades that celebrate LGBTQ pride begin Sunday in some of America’s largest cities amid new fears about the potential erosion of freedoms earned through decades of activism.

The annual marches in New York, San Francisco, Chicago and elsewhere are taking place just two days after a conservative Supreme Court justice noted, in a ruling on abortion, that the court should reconsider the right to same-sex marriage recognized in 2015.

That warning shot came after a year of legislative defeats for the LGBTQ Community, including the passage of laws in some states that limit discussion of sexual orientation or gender identity with children.

As sentiments against homosexualssome are pushing for the parades of the Gay pride return to their roots, less as block-long street parties, but as open civil rights marches.

“It went from being a declaration of defense and protest to being much more a celebration of the gay life” said Sean Clarkin, 67, of the city’s annual parade. New York while enjoying a drink recently at Julius’s, one of the oldest gay bars. in Manhattan’s Greenwich Village.

As he recalls, the parade was once about challenging and pushing against an oppressive mainstream that saw gay, lesbian, and transgender people like unworthy strangers.

“As satisfying and empowering as being accepted by the mainstream can be,” Clarkin said, “there was also something energizing and wonderful about being on the outside looking in.”

Dan Dimant, spokesman for Heritage of Pridethe non-profit organization that organizes the parade for the city of New Yorksaid this year’s march will remain festive, with floats and “people dancing and celebrating.”

“Pride is many things to many people. And for a lot of people, it’s a protest. And for many people, it is a celebration. We create experiences for members of our community to experience pride and how it resonates with them,” said Dimant.

The first New York Pride Parade, then called the Christopher Street Liberation Day March, it was held in 1970 to commemorate the first anniversary of the Stonewall Rebellion, a spontaneous street uprising sparked by a police raid on a gay bar in Manhattan.

The first San Francisco march was in 1972 and has been held every year since, except for the last two years of the COVID-19 pandemic.

The celebrations are now global, taking place throughout the year in various countries, with many of the biggest parades taking place in June. One of the largest in the world, in Sao Paulo, Brazil, was held on June 19.

In USAthis year’s celebrations take place in the midst of a possible crisis.

More than a dozen states have recently enacted laws that go against the interests of LGBTQ+ communitiesincluding a law that bans any mention of sexual orientation in school curricula in Florida and threats of prosecution for parents who allow their children to receive gender-affirming care in Texas.

Several states have enacted laws that prohibit transgender athletes participate in team sports that match the gender in which they identify.

According to an Anti-Defamation League survey released earlier this week, members of the LGBTQ communities they were more likely than any other group to experience bullying. Two-thirds of those surveyed said they had been harassed, just over half of whom said the harassment was a result of their sexual orientation.

In recent years, divisions have opened up over how to commemorate Stonewall, spawning dissident groups, including in the New York Citywho hold their own events with the intention of being more protest-oriented.

In New York City, the Queer Liberation March it takes place at the same time as the traditional parade, billing itself as the “antidote to the political, police and corporate-filled parades that now dominate Pride celebrations.”

More of that spirit could spread to the main parades this year, although many fans of the marches see them as a combination of activism and celebration.

New Yorker Vincent Maniscalco, 40, who has been married to his husband for five years, said he thought the marches are an opportunity both to highlight civil rights issues and to bring together “people from all walks of life.” to celebrate your authentic self. And I think the New York City Pride Parade does an excellent job of that.”