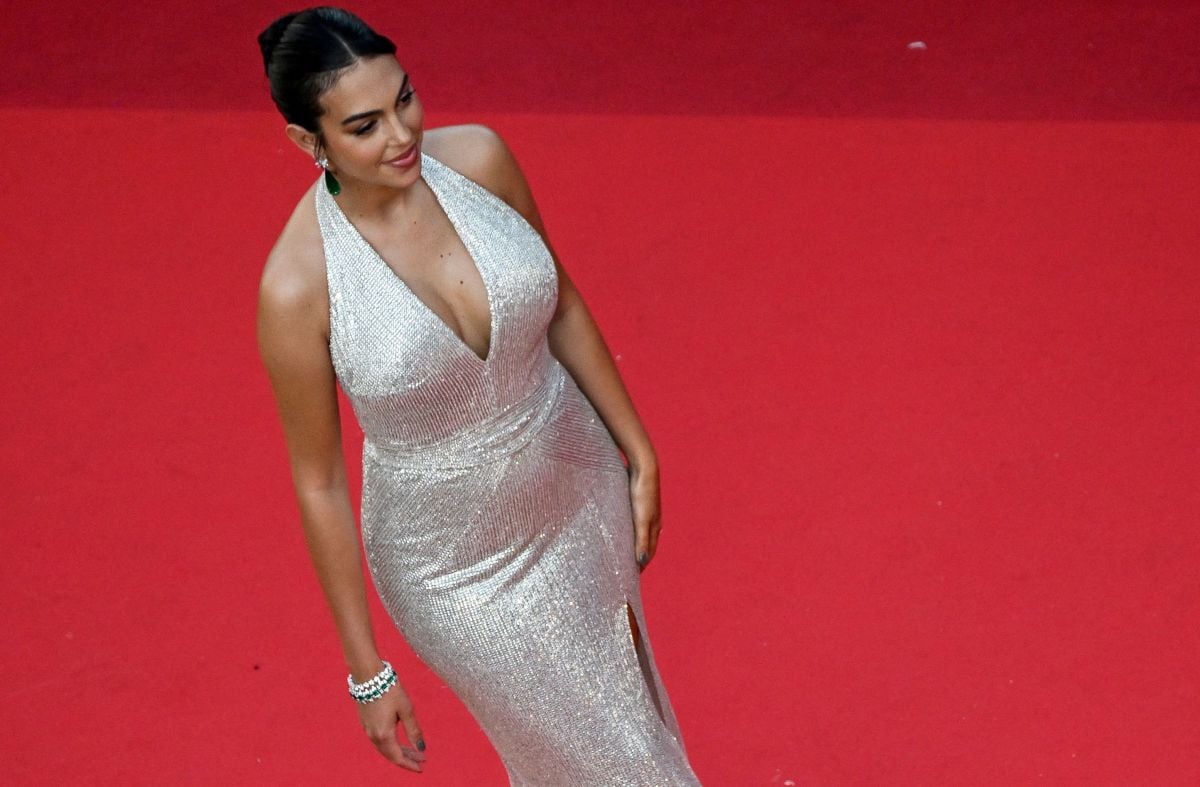 While the model and wife of the soccer player Cristiano Ronaldo, Georgina Rodriguez, He showed off “his boobies” with a cleavage when he arrived at the Cannes Festival and without the athlete. Even as he was already in his native country, Portugal, preparing for his next game.

Not even a social and film event like the Cannes Film Festival was able to get the footballer out of concentration Cristiano Ronaldo. So to his wife Georgina Rodriguez She had to attend the events alone. With a metallic dress with a neckline on the leg and on the bust, where “her boobies” became the object of glances from present, celebrities and photographers. Without a doubt, she dazzled.

Also, incredibly, it was noticed Georgina Rodriguez much thinner. Especially considering just giving birth. However, this may be due to the sad moments that they surely went through as a family, facing the death of one of the twins that she was waiting for with the footballer. Cristiano Ronaldo. It was precisely him who broke the news through his account. Instagram at the time.

Later he announced the name of the other twin, Bella Esmeralda. the same Cristiano Ronaldothanked on behalf of Georgina Rodriguez also the gestures of affection and the words of condolences that they have had towards them in a moment as difficult as the loss of a child.

Meanwhile, the model and influencer has moved on. She has already resumed her social activities and is also continuing to promote her reality show on Netflix“I am Georgina“, which has earned him a few criticisms. Many say that it is seen very ostentatious. However, it hasn’t gone badly for him and he continues to be one of the favorites on the streaming platform.

As for your baby Bella Esmeralda. Georgina and Cristiano Ronaldo They do not stop showing it off on social networks. As well as the achievements and mischief of her other children. Without a doubt, they are a very united family that have managed to overcome the last terrible blow that life dealt them.