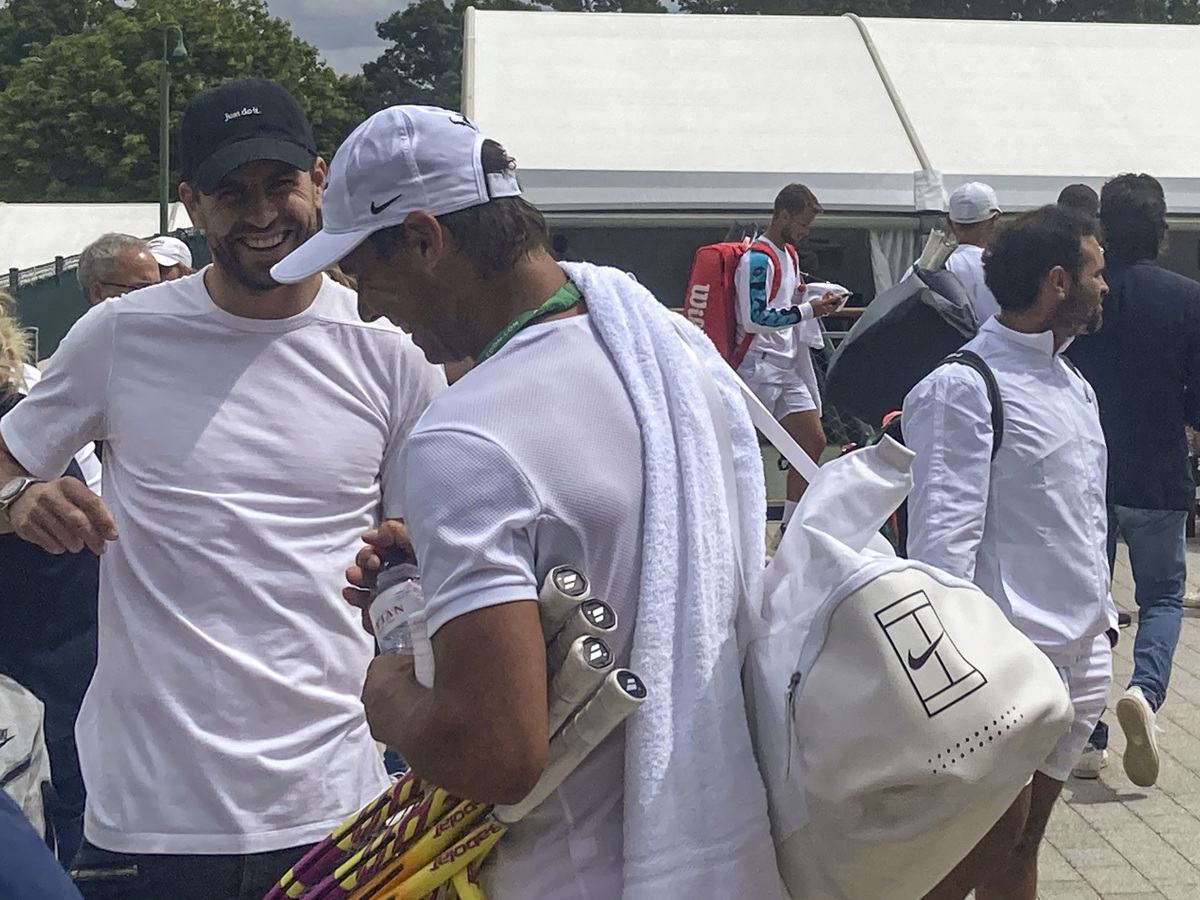 They have been difficult days for the children of Gerard Piqué and Shakira after the official separation of their relationship after 12 years together. Right now the FC Barcelona footballer is spending his first vacation with them as a single man.

He chose to go with Sasha Piqué Mebarak (7 years old) and Milan Piqué Mebarak (9 years old) to London to see a live training session of Rafael Nadal at the All England Club. The Catalan defender was wearing a black cap, gray flannel and a bag from the official Chelsea FC store.

Even his son Milan had on the new blue shirt of the London club, while they watched the spectacle offered by Nadal on his sixth day of training prior to what will be the third tennis open of the year: the famous Wimbledon, the only one on a natural grass surface .

At the end of Rafa’s training session, the top Grand Slam winner with 22, Piqué approached the Mallorcan after waiting for him at the start and they greeted each other with respect and affection.

On the sixth day of training, Nadal spent two hours receiving Jiri Vesely’s serves to sharpen his reception. Among the large crowd that came to see the living tennis legend was Emma Raducanu, US Open championwho took a few minutes to look at the Balearic before she went to carry out her routine.

After this, Nadal attended the media. This Sunday and next Monday he will also train again to be ready and make his debut against Argentine Francisco Cerúndolo on Tuesday.

You may also be interested in:
– After separation with Shakira, the collapse of Gerard Piqué seems complete after a career marred by scandals
– Rafael Nadal will compete at Wimbledon three years later: “I hope to be competitive”
– Video: Shakira would have prohibited Piqué from entering the mansion they shared in Barcelona
– Piqué’s tricks to deceive Shakira without being discovered: Places, cars and meetings “without phones”