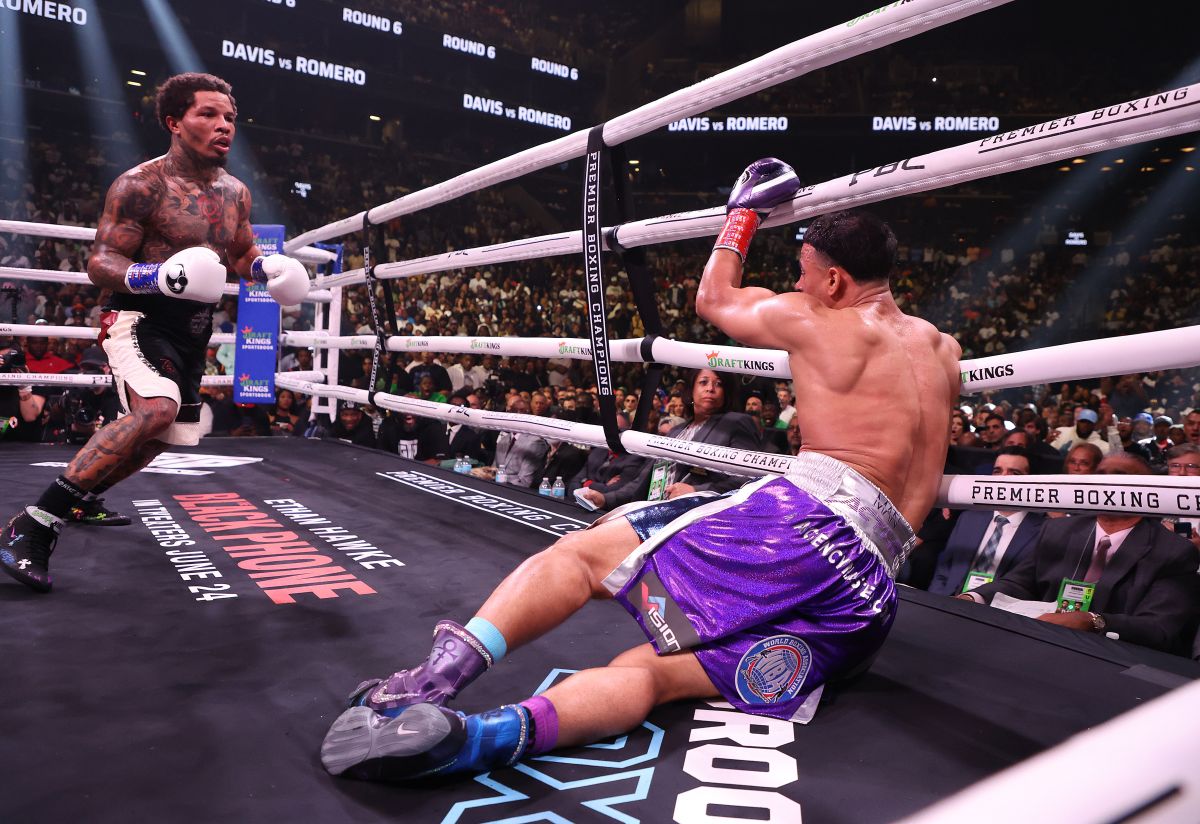 Few fighters today have the power of fists Gervonta Davis, and the undefeated lightweight champion proved it again on Saturday night by destroying challenger Rolando “Rolly” Romero with a brutal left hand that dropped him in the sixth round of their fight at Brooklyn’s Barclay Center.

Although Romero, who had assured again and again that he would win by knockout in the first round, managed to get to his feet, he was knocked out, almost immobile, and the referee wisely did not let him continue so that “Tank” Davis successfully defended his crown and added another impressive knockout to his list. He has now won all 27 of his fights and 25 of them were before the limit.

Davis’s knockout was reminiscent of one of the most memorable KOs in recent boxing history.

Ten years ago, the Mexican Juan Manuel Márquez struck down the Filipino Manny Pacquiao in their fourth battle. The winning takedown also in the final minute of the sixth round and also with a devastating counterattack.

Obviously there are differences: Marquez, an orthodox boxer, punched straight right and Davis, who is southpaw, a left hook. But both sequences were similar, in the same part of the ring right in front of the celebrities and both knocked out fighters landed face down.

After decreeing the technical knockout, Davis got on one of the corners of the ring and then approached Romero to make fun of him, in a very common gesture from the 27-year-old, though it’s fair to say that Romero, being the challenger, never showed Davis any respect.

Now 14-1, the Las Vegas fighter talked too much. Still in the locker room before the fight, Romero told reporter Jim Gray that he would knock Davis out in round 1 and that his opponent had a very big head and that’s why he was so sure he would land him.

The offensive statements between them were accompanied on Friday by an incident at the weigh-in ceremony, when Davis gave Romero a little push while they both posed on the platform and the challenger fell from itcausing a riot.