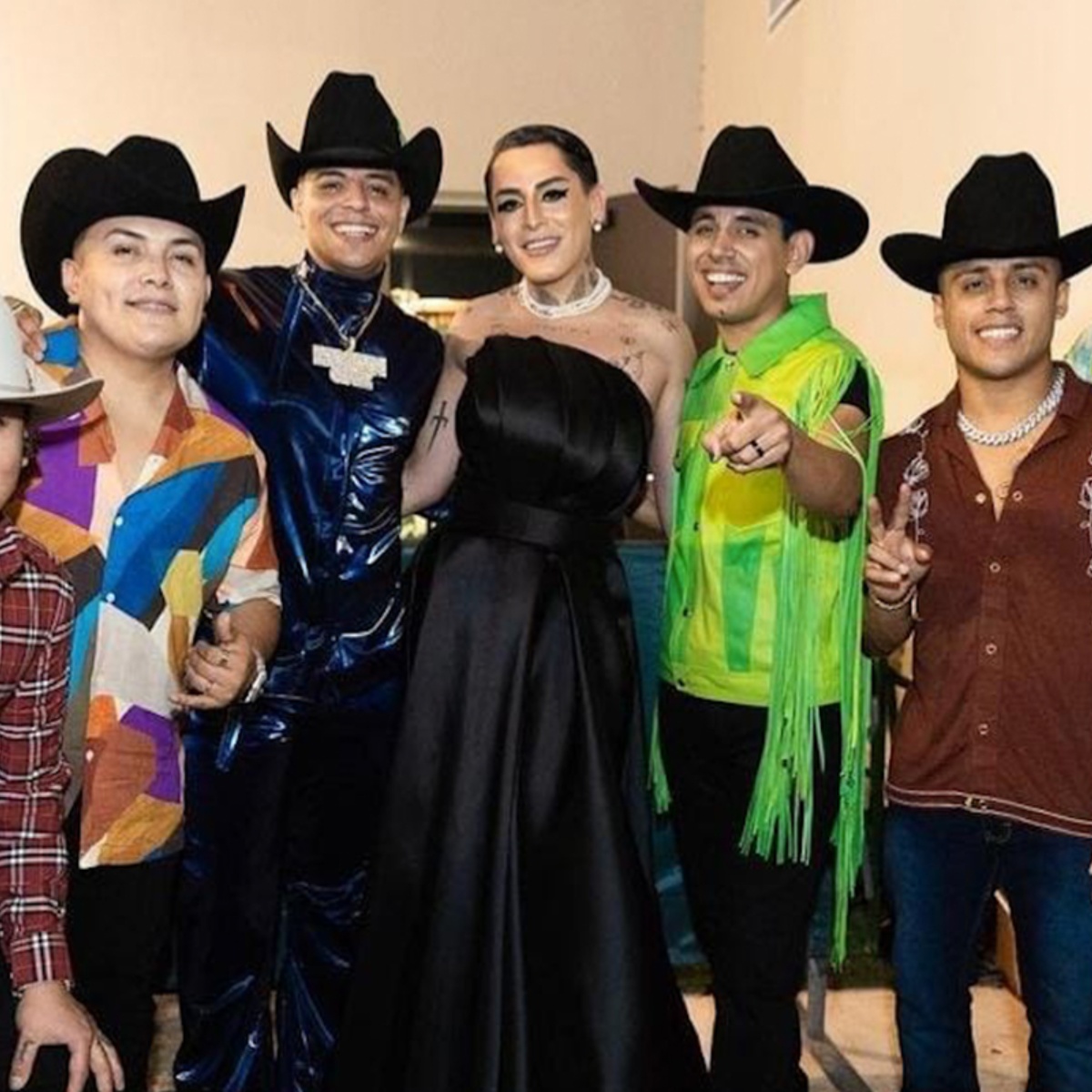 In American Post News, we told you that the influencer Kunno, was one of the famous guests at the celebration of the Billboard Latin Music Awards 2022, so he took the opportunity to take pictures with several celebrities, including Eduin Caz of Grupo Firme.

The influencer has achieved popularity for his videos on TikTok, so he has had the opportunity to meet great music industry artists, and in that Latin music event, he met several celebrities. Eduin’s reaction caused a furor on networks.

At the time, we shared with you that Kunno was called a goddess because of the spectacular black dress she wore for that special occasion, but what captivated the TikToker’s followers was the gesture of Caz, who shook his hand and greeted him with a kiss on the cheek.

They call Eduin Caz humble for kissing Kunno on the cheek.

Through his Instagram profile, the influencer shared the photo of the memory with the members of the musical group. Still, they noticed the video where the vocalist greeted him with a kiss on the cheek and commented that the celebrity is a humble person.

“Wow, he gave you a beautiful kiss,” “Eduin is always so humble, that’s why he is great,” “They are beautiful,” “I love to see you with great artists,” and “With some of the greats of Mexico.” These were some of the reactions while Eduin wrote: “A pleasure to greet you, king.”

What happened to Eduin Caz from Grupo Firme?

After Grupo Firme offered a concert in Mexico City’s Zócalo, some criticized the group. Still, the Mexican regional music singer Eduin Caz did not hesitate to react and expressed that he felt saddened by the criticism of other Mexicans for the concert he offered.