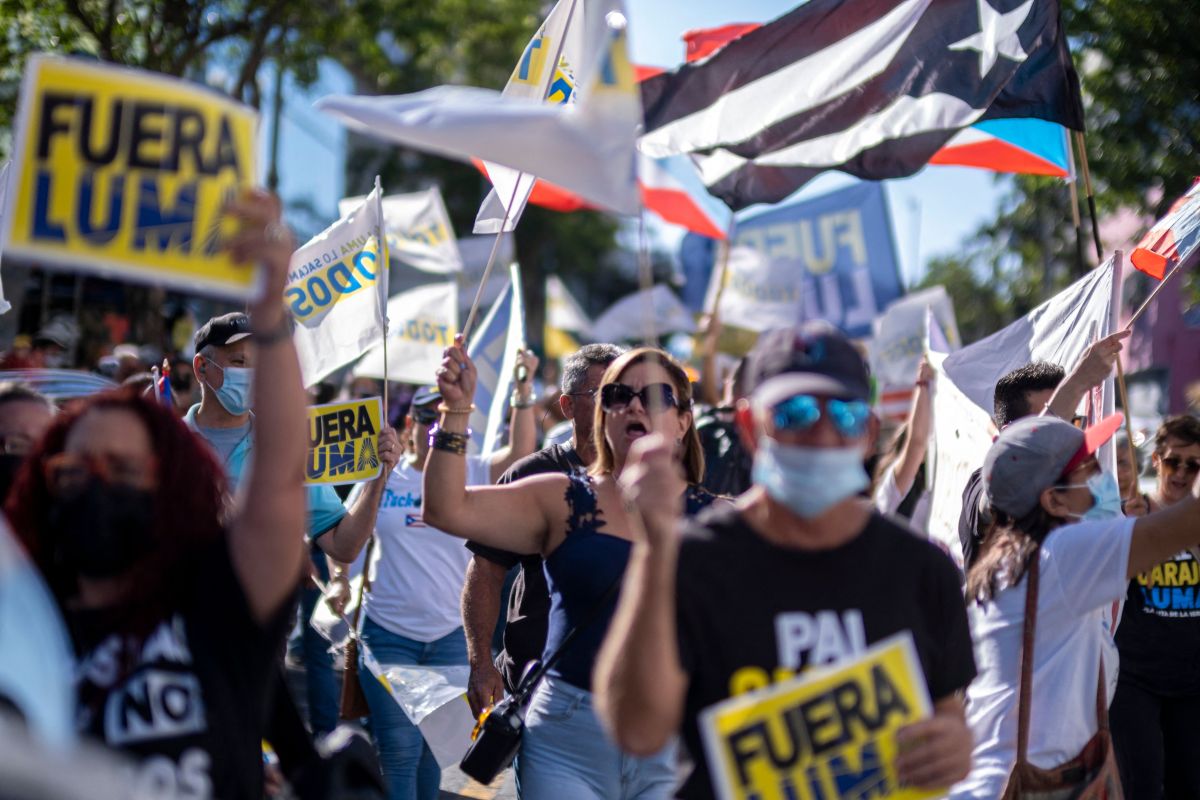 Puerto Ricans protest against the contract awarded to Luma Energy after the massive blackout on the island – Photo: RICARDO ARDUENGO / AFP / Getty Images

The participants toured Juan Ponce de León avenue to denounce the interruption in service despite the consecutive increases in the electricity bill since the private company Luma Energy assumed control of the electricity supply in the middle of last year.

Hundreds of protesters arrived at the headquarters of the Electric Power Authority (PREPA), where LUMA Energy operates, to demand that the government contract with that entity be annulled as well as increases in the cost of the service.

“Fuera LUMA” (“Get out Luma”), “Luma hanged himself” and “Luma has to go”, were some of the slogans outlined by those present.

The protest was not limited to the streets. On social media, the discomfort of citizens disappointed with the service was also felt.

The singer Ileana Cabra, better known as “iLe”, joined the chain of claims with a call for the entire country to stop paying the electricity bill monthly as a protest.

“The whole country should simply stop paying the electricity bill that they charge us monthly,” the singer shared on Twitter.

Not all responses were in approval of the artist’s recommendation. Some stated that it was not the first time that this option had been proposed without result, and others indicated that Puerto Ricans’ debt will be worse when they have to pay the bill again.

Just over a week ago, it went into effect another increase in the electricity bill equivalent to 13% which means the average residential customer is paying an additional $27 per month.

Initially, Luma Energy personnel indicated that the repair of the system could take between 12 to 24 hours.

But, by this Saturday morning, three days after the blackout was reported, hundreds of thousands of subscribers continued without the service.

The blackout occurred after a switch broke down at the Costa Sur plant. However, it could have been the other way around, as experts point out that a system failure could have caused the device to explode.

Luma Energy announced today that it has managed to restore service to one million subscribers out of 1.4 million, three days after the blackout that affected the island.

According to Luma’s most recent report, as of 4 am, more than 1 million customers had the service.

This was possible after Luma and PREPA synchronized more than 1,540 megawatts of online generation.

In order to reach the island’s maximum energy potential, the system needs 2,400 megawatts, as explained on Friday by the executive director of PREPA, Josué Colón.