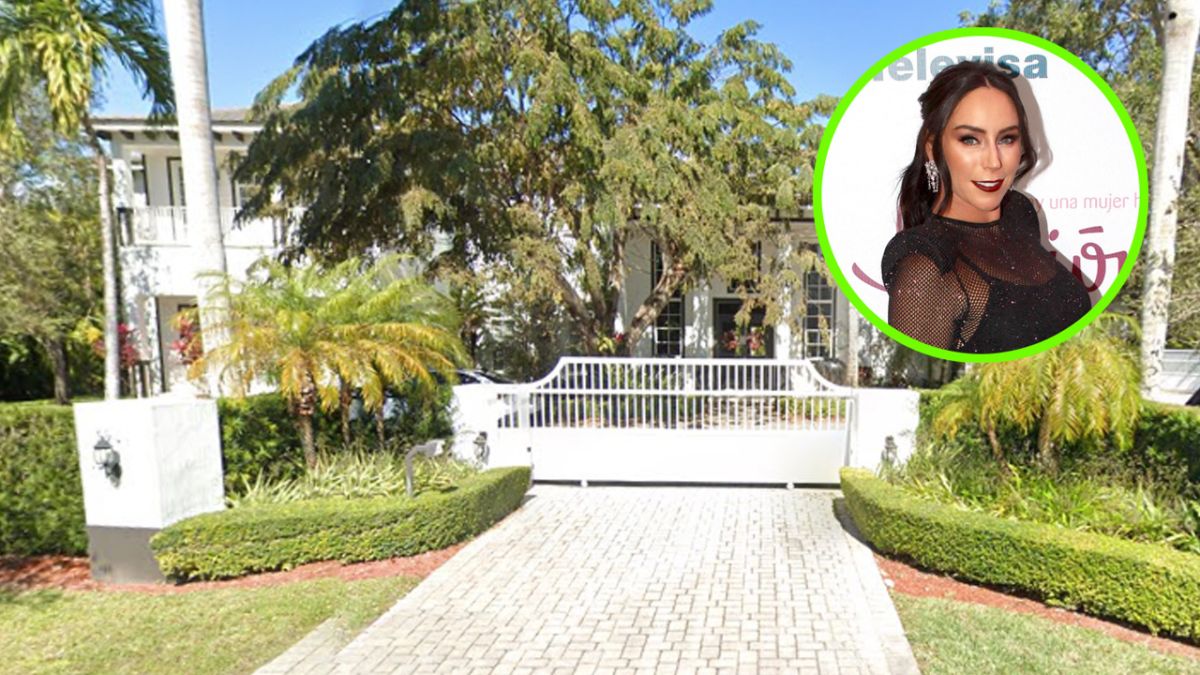 The tv presenter Inés Gómez Mont, 38 years old and who is currently a fugitive from justice, owns several properties in Mexico and the United States, of which some were acquired shortly before the Mexican authorities they will issue an arrest warrant against him.

Among those mansions is one that he bought in Pinecrest, Florida, for which it disbursed, on August 25, $ 6.3 million.

According to the magazine TVNotas, which was the medium that released the news, the property was placed in the name of Casa Mía, a company created by wife of Víctor Manuel Álvarez Puga.

“They acquired it days before the arrest warrant was issued. Inés began negotiations in April, but the purchase was closed in August; He did not put it in his name, but rather that of a company he created in Florida, called Casa Mía; even so, he did sign the papers, “reported a source in an interview with the aforementioned publication.

The residence, according to the informant’s testimony, was acquired with the purpose of using it as a rest home, but their plans changed after they began to be wanted in 150 countries for the crimes of embezzlement, organized crime and operations with resources. of illicit origin, which has prevented them from enjoying it.

The new ‘little house’ by Inés Gómez Mont was built in 2008 and has an extension of 10,323 square feet, with seven bedrooms, with eight full bathrooms and one half bathroom.

The kitchen is semi-open and very spacious. It is equipped with gray cabinets, high-end appliances and a central island lined with granite that can be used to prepare food.

The master bedroom has a large bed, a living room, a very large dressing room, as well as a bathroom with a double vanity, a bathtub and a shower with a transparent screen.

Outside, in his lot of 0.99 acres, It has extensive green areas, with a terrace, with a swimming pool with its respective spa area, with a barbecue area, among other amenities.

This is the mansion that George Strait, the ‘King of the Country’, sold out after four years without offers