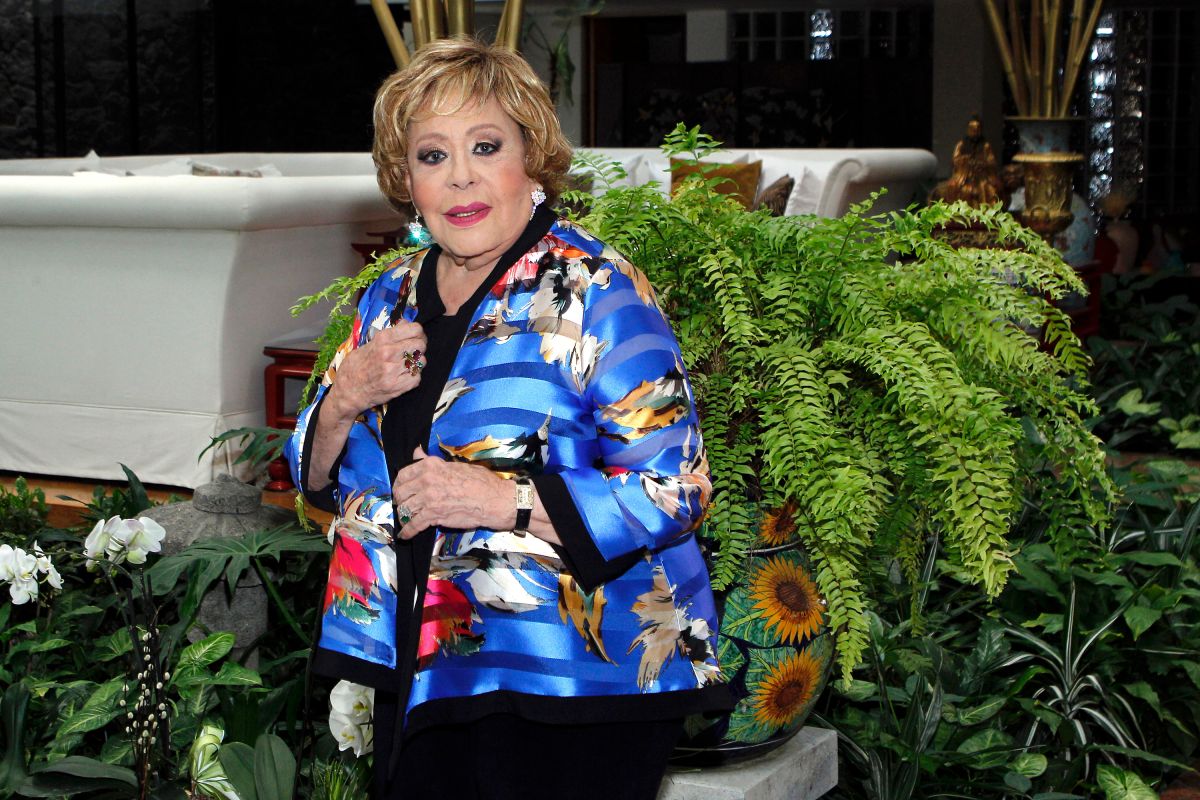 The leading actress Silvia Pinal, 90 years old and who She was hospitalized for a week after contracting Covid-19, will pass the New Year at home, just like his relatives had informed him a few days ago.

Despite receiving medical discharge, the also producer, who will close the year from the comfort of his luxurious mansion located in Mexico City, you will not be able to celebrate the arrival of 2022 surrounded by your loved ones, who they should limit themselves to congratulating her through a videoconference, as they have not yet received their negative tests for Covid.

“No one can visit her, as long as we don’t have the negative tests. She will also be isolated there ”, declared her daughter, Sylvia Pasquel, in an interview with the program ‘Hoy’.

Silvia Pinal’s home, for which she disbursed a large amount of money in 1956, is located in the exclusive Jardines del Pedregal neighborhood, south of the Mexican capital.

This property is very special for her, since it has not only served as her roof for more than 65 years, but it has also been the scene of large celebrations, such as some of her birthdays and even her wedding.

The also presenter acquired this luxurious property in 1956, in a neighborhood that is characterized by its luxury houses built on large grounds, and since then it has hosted great events, such as his most recent birthdays and even there he got married.

In addition to having a large outdoor garden, the property also has an indoor garden, which gives it a very special and welcoming touch.

The house, built on two floors, has on the ground floor a main room made up of three white sofas with space for 10 people.

The room is accompanied by a red coffee table, as well as two more sides of the same tone.

The room is completed by a piece of furniture with decorative items and a portrait of Silvia Pinal, which was painted by Diego Rivera himself.

It also has a second room that is composed of three sofas that combine red with gold and has space for eight guests.

The dining room is made up of a rectangular brown table with space for 12 people.

At the center of the vast table, Frida Sofía’s grandmother has various decorative items that she has collected throughout her life.

On one side of the dining room there is an indoor pool.

A few steps from the dining room there is a small red dining room with space for two chairs.
Terrace

On the outskirts of his bedroom, Enrique Guzman’s ex has a small terrace that today is his favorite place, although for several years it remained abandoned.

At present it is equipped with a dining room, which is the place where they usually have breakfast and dinner.

The house also has a games room, in which it has a pool table, as well as some tables for playing cards, dominoes and other games of chance.

Among vegetation and some furniture, the swimming pool of the mansion was built, which is quite considerable, despite being inside the house itself.