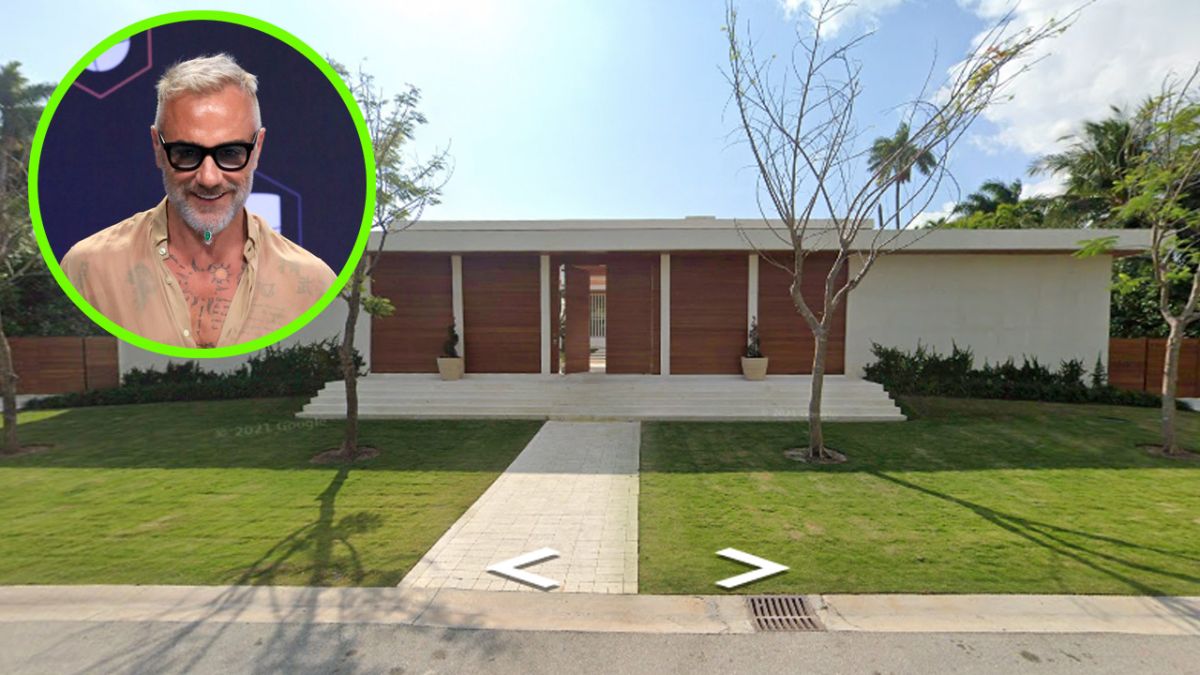 The italian influencer Gianluca Vacchi, 54 years old, usually shares, through his social networks, various images of his life full of luxuries and eccentricities, as happens with some of his most recent videos, with which he has allowed us to know in detail ‘Villa BJV’, the imposing mansion he owns in the city of Miami, Florida.

The residence, for which he paid $24.5 million dollars, has an extension of 12,700 square feet, with seven bedrooms and 10 bathrooms, so it has more than enough space for him; for your partner, Sharon Fonseca, and for little Blu Jerusalema.

The lobby is one of the Venezuelan model’s favorite places to take photos and this is demonstrated by the poses she has made from the steps of the stairs that connect to the second floor.

The dining room, which they showed during their most recent Thanksgiving dinner, is made up of a rectangular table in gold tones with space for 12 white chairs, as well as two very original design lamps and large windows that give diners gifts beautiful views from outside.

Their living room, which they showed us in a video that shows them dancing to the rhythm of ‘Danza Kuduro’, is made up of gray sofas and stools in different shades of blue.

The room is completed by a huge and very luxurious chandelier that illuminates the entire room with the elegance that characterizes this European dancer.

The living room, which is where Gianluca usually makes his videos, is made up of two individual sofas, a fireplace and a piece of art.

That room is not only used to rest, but also to exercise, despite having its own fitness room in another corner.

The music room could not be missing in the house of the also DJ, who in his spare time loves to put his ability to mix music to the test and boy does he know how to do it.

Sharon Fonseca is also a lover of flashes and she showed it off in a photo shoot she had inside her dressing room, which not only stands out for its size and distribution, but also for its order.

They have also shown us its infinity pool surrounded by palm trees and its outdoor bathtub, where Vacchi plunges into ice water every day as part of his rejuvenation therapy.

The residence, which received its name in honor of the smallest member of the family, is located on a 0.69-acre lot, which is why it has very nice amenities and access to Sunset Lake, a site that is a favorite for family pictures.

In addition to the rooms that they themselves have shown us, their residence also has a wine cellar, elevator, roof garden, terrace, among others.