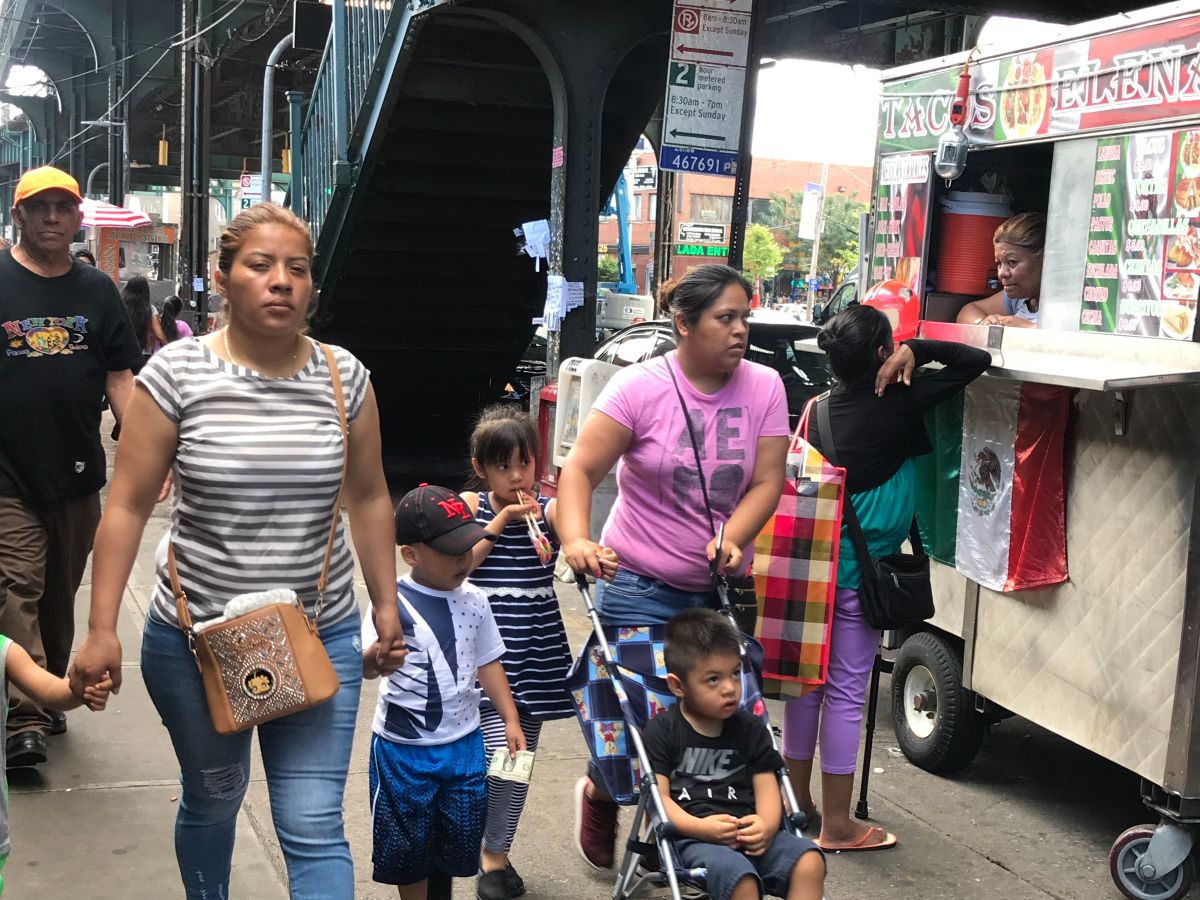 Eric Adams assumed Mayor of New York City East January 1, 2022, and what he received was not exactly a rosy municipality.

The new president takes the reins of a Big Apple fiercely beaten by the COVID-19 crisis, which has left more than 1.2 million infections, since it started in March 2020 and almost 35,000 dead, as well as thousands of families at risk of being evicted and others with great losses in their income.

The panorama also glimpses other problems that had been dragging on since before the pandemic, such as the lack of affordable housing, limited access to health for the most vulnerable communities, segregated education and overcrowded classes, wage exploitation and an overwhelming crime, which with the increase in the mental health crisis have become triggers for an explosive cocktail.

And although the great challenge of getting New York out of the crisis that the pandemic has left is very great, which, far from showing signs of wanting to cross the corner, is generating an increase in cases of more than 50% in the last month and already the 12% positivity rate, the hope and the vote of confidence that Eric Adams will be able to lead the ship in the middle of the storm and bring it to good port, they rule most of the leaders and ordinary New Yorkers.

That is the feeling of the former president of the Immigration Committee of the Municipal Council Carlos Menchaca, current member of the transition team of the new local president, who insists that the successor of Bill de Blasio has the experience and the real desire to go in and clean the debris that they left the COVID and the last Municipal administration.

“With Eric Adams there is hope that this is going to change. I believe that he is someone who will also allow us to raise our voice to denounce what is happening and thus better understand the needs of our communities, “said the politician of Mexican origin.

“That is why we are going to create a plan for the first year, to know what exactly we have to do in education, legal services, housing, health and to guarantee that everything we create in the City Council follows, and is well implemented. They are going to be better times, because we already know that De Blasio never understood the struggle of immigrants and now that is going to change ”.

Guillermo Chacon, one of the strongest voices in the Big Apple in the fight against AIDS and the defense and protection of HIV carriers, mentioned that after the effects of COVID in the city, health will be one of the great challenges that the Adams Administration will have to face.

“The coronavirus came to bare more the sad reality of the profound health disparity, including HIV, of a system totally divorced and estranged from our communities and that is one of the many issues that the next Mayor has to resolve,” he said. Chacón, who warned that a key piece for New York to recover is to work with community organizations and provide them with resources.

“If community groups are left out and are not included in the solutions map, New York is not going to come out of the crisis that the United States has left anytime soon. COVID and much less is he going to recover ”, exclaimed Chacón.

In the field of health, the issue of vaccination is another of the fundamental parts of the equation for recovery according to the now former mayor De Blasio, who left the Big Apple with an average vaccination of 78.5% of New Yorkers with at least the first dose and 70.7% fully immunized. The great challenge for Adams will be precisely to get 21.5% of the inhabitants of the five counties without vaccination to do so, and although De Blasio implemented the vaccination mandate for the private sector, it is unknown if the new Mayor will respect it, since he entered in force right after De Blasio’s departure, or if it will be removed.

Outgoing voices of the municipal government such as City Council Speaker Corey Johnson, who has defended the usefulness of vaccine mandates, confessed to having doubts about De Blasio’s latest measure, considering that the opinion of private companies and businesses was not included, which precisely have been struggling to get employees, and that they could be more affected by the new rule.

Ydanis Rodríguez, key architect of Adams’s triumph with the push of the Latino vote, and who was appointed as Transportation Commissioner of the new Administration, warns that within the puzzle necessary for New York to pass to the other side of the river in its post- COVID, small businesses will need to be supported.

“Most of these businesses are the ones that provide jobs in the city and are mostly immigrant brothers and sisters businesses, which under the Mayor of Eric Adams are not going to be abandoned, because they are the backbone of our economy and that has it. of course Eric ”, affirms the Dominican politician.

Another of the tools that will be key in the recovery of the Big Apple will be, according to political analyst Carlos Vargas, the relationships that the municipal administration has with the state government, which in the De Blasio Administration it was characterized by not being a honeymoon with Albany.

“To the extent that Municipal Administration work closely with the Governor on vital issues, it will be less uphill to solve the main needs of the city in terms of housing, health and education ”, commented the expert.

Battle looms with the City Council

Another of Adams challenges, as Vargas warns, will be to achieve consensus with the new Municipal Council, that it will have a wide sector of progressive voices, which in many matters clashes with the vision of the new Mayor.

And an example of that was already seen two weeks ago, when Adams appointed the new Commissioner of Corrections Louis Molina, and said that he would return to restore the policy of solitary confinement in the Rikers Island jail, which immediately caused a large Most of the Council members will send you a letter rejecting that idea, and remembering that for years they have fought to eliminate that punishment in the prisons of the city.

One of the issues that could measure forces has to do with the movement of some new political voices in the legislative body, such as Tiffany Cabán, who supports taking funds from the NYPD and investing them in the communities, while the new Mayor opposes that vision in the management of the Uniformada.

The new councilwoman for Brooklyn, Jennifer Gutierrez, He also warns that the negotiations with the new president will not be honey on all sides, but he is optimistic that both councilors, like Eric Adams, can reach a balance that leads New York on the road to recovery robust and durable, addressing the major needs of New Yorkers.

“By having a more inclusive Council, I hope we focus on affordable housing, as we are in a crisis, as well as the responsibility of agencies and public safety, something that I hope to be able to work on. from the hand of Eric Adams, With whom despite not sharing his vision of sending more police to the communities, I know that he is someone who knows the communities and wants to work well, ”said the Colombian-born politician. “I hope there is a chance for Eric to listen to community representatives when making decisions.”

Gutiérrez added that another of the key elements that should promote Adams Administration for there to really be substantive changes, appointments in City agencies reflect the diversity that exists in the five boroughs, also with leadership positions for Latinos.

And about the way how the City Council will lookNot only in its composition, but also in the promotion of laws and measures, it is evident that there will play a notable role the management made by the president of that body, Councilor Adrianne Adams, who takes office this January.

From now on, the 61-year-old councilor of Queens has stated that the beacon that will guide the work of the City Council will be to seek solutions to overcome the crisis that the COVID pandemic has unleashed in different areas, thus adding to the same north as Mayor Adams has put on.