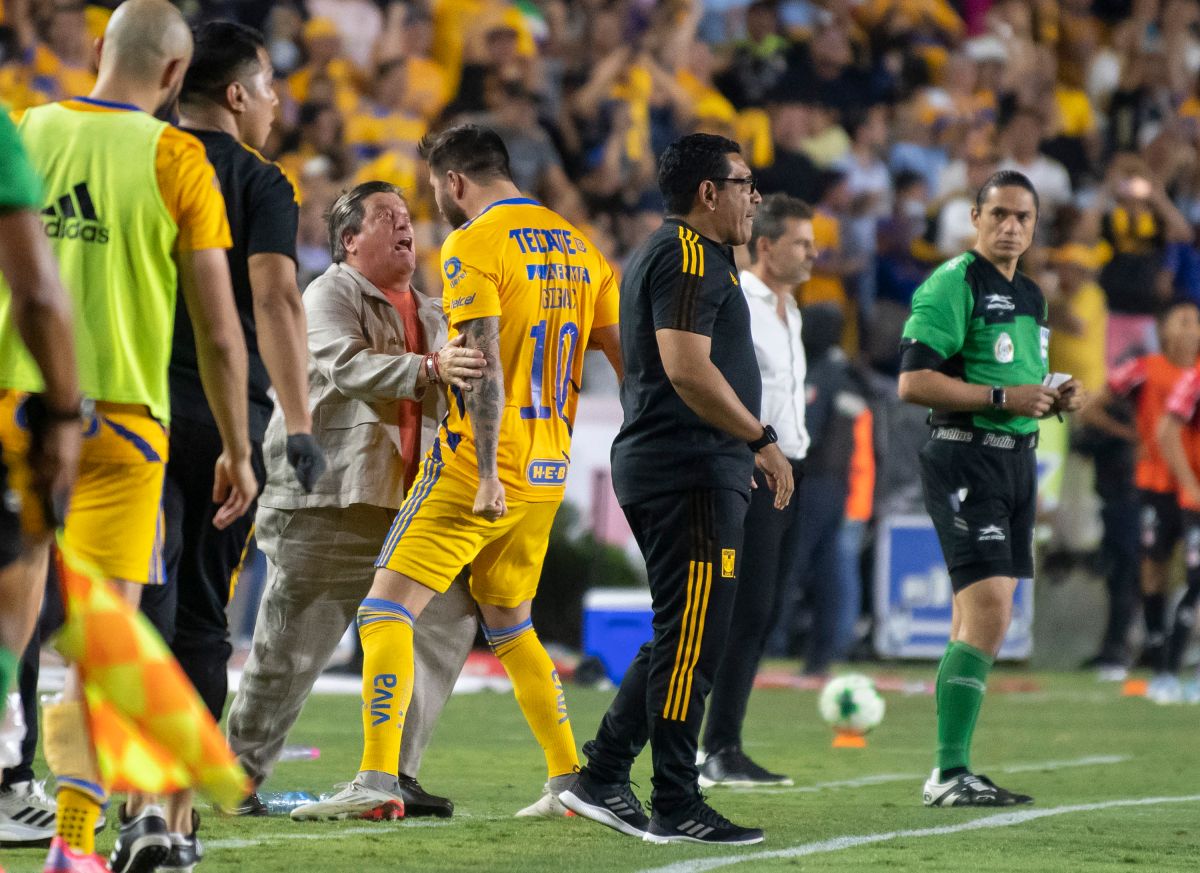 In a game of madness, Atlas ended up obtaining the pass to the Liga MX final due to a penalty in the discount that left the miracle of Tigres unfinished. Those led by El “Piojo” Herrera ended up winning the match at home 4-2, but were left out by the final aggregate 5-4. Later, Liga MX confirmed that the felines used an improper lineup due to an excess of foreigners on the field (9), which meant a defeat at the table.

The auriazules, beaten 3-0 in the first leg in Guadalajara, never gave up and with the help of their French star André-Pierre Gignac who propelled his team forward with a hat-trick, they continued to seek the impossible. The Frenchman reached 29 goals and surpassed the 28 scored by Alberto García Aspe, to become the third player with the most goals in Liguillasa record that ended up tasting like nothing.

Gignac had scored at 54 and 59 minutes to turn the score around after Julián Quiñones’ goal for the red and blacks in the first half and outlined a hair-raising rest of the match.

It was Gignac’s third goal, second by way of a penalty, that made things really interesting with the 3-1 scoreline. Tigres needed just one more and there was plenty of time left to get it.

At minute 78, the Venezuelan Yeferson Soteldo combined with Quiñones and with an angled shot he almost scored the goal that would equalize the series, however the ball went past the goal post of the foxes.

The resistance of the Atlas seemed to break in the final stretch of the match. And that was how at minute 81 Igor Lichnovsky scored the goal of the apparent feat that was giving the miracle to those of Piojo Herrera.

The frustrated miracle of Tigres

At the end of the 90th minute, the referee extended the game for another eight minutes in which it was now Atlas who launched the attack to kill or be killed. The match was a sovereign madness in which after going to the VAR a maximum penalty was sentenced to 96 for a foul on Aldo Rocha.

Aldo himself is in charge of executing the maximum penalty and scoring the goal that would frustrate the aspirations of Tigres and put Atlas in the final.

Little by little, frustration was taking over the Tigres players and Nahuel Guzmán kicked a second ball onto the field of play, and thus he would be sent off, leaving his team with 10.

When fans tried to assimilate what happened in the big game, Liga MX reported that turned the possible improper alignment of Tigres to the Disciplinary Commission. Either way, on the field or at the table, Tigres is out and Atlas will go for the two-time championship against Pachuca or America, who will face each other this Sunday in the other semifinal.

. Pachuca vs. Águilas del América: the keys to define the second finalist of the Liga MX

. Gignac is inspired by Michael Jordan to seek a comeback with Tigres against Atlas

. Madness in El Volcán: Tigres thrashes a handicapped Atlas who still gets into the final of the Liga MX Clausura