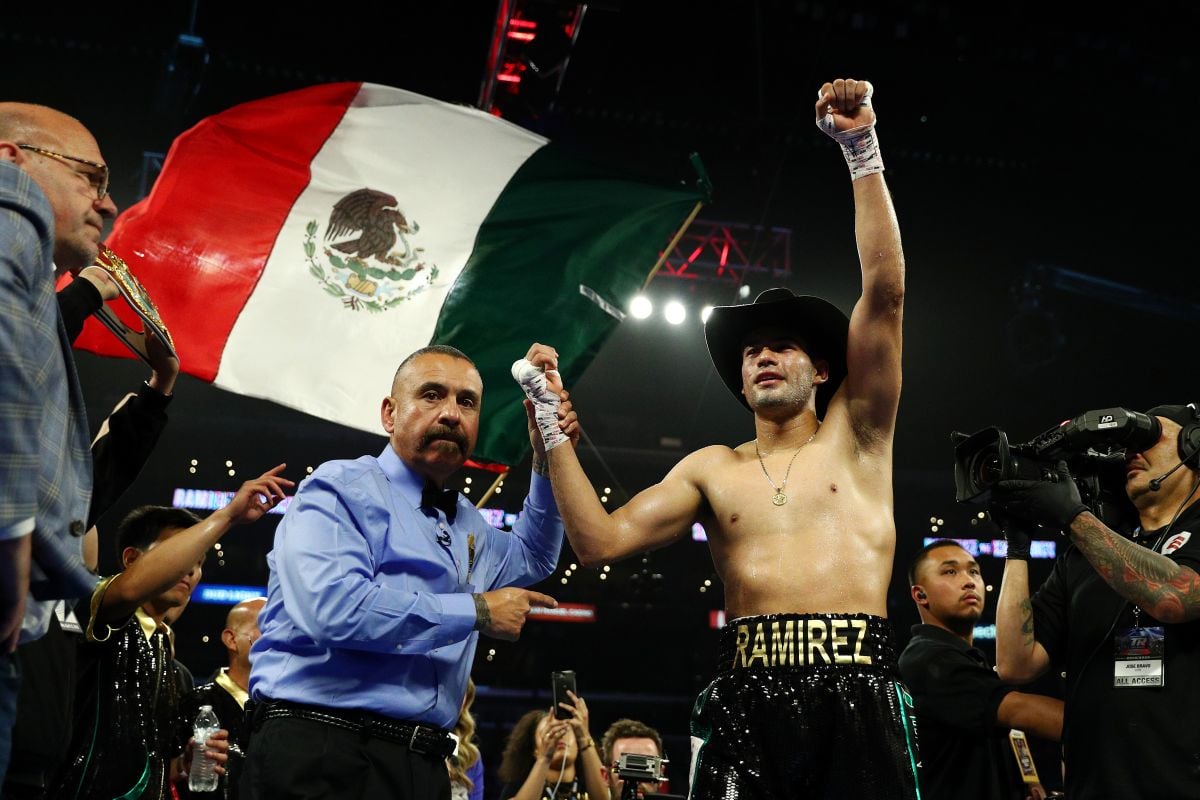 On November 5 at the Etihad Arena in Abu Dhabi, United Arab Emirates, will be the fight between the WBA light heavyweight world champion, Dmitry Bivol and the Mexican challenger Gilberto “Zurdo” Ramírez. This fight is one of the most anticipated of the year because a possible rematch between the Russian and Canelo depends on it.

Zurdo Ramírez and the opportunity to achieve glory

Gilberto Ramírez in statements collected by DAZN assured that he does not intend to miss this opportunity. “I am very grateful to be able to take this fight against Bivol, especially since I am very ready for this.. The whole world will see Zurdo Ramírez and all the potential I have”, he pointed out.

“At the end of the day, it will just be me, him (Dmitry Bivol) and the referee inside the ring. No one can help him once he’s in the ring with me“, he continued.

“The hardest fight one has is the fight against oneself. Get up and stay focused, not only in boxing but also in life”, highlighted the Mexican boxer.

Gilberto Zurdo Ramírez is the favorite of the Los Angeles fans for the fight against the Russian Bivol, although he knows that it will not be an easy task. Also at the press conference from the Golden Boy offices was former IBF super featherweight title holder Joseph “JoJo” Diaz.Jr. (32-2-1, 15 KOs) and undefeated lightweight division rising star William “El Camarón” Zepeda (26-0, 23 KOs) discussing their upcoming crossroads bout of 12 rounds taking place at the Pechanga Arena San Diego on Saturday, October 29 on DAZN.

Also participating was Alexis “Lex” Rocha (20-1, 13 KOs), who will be on the Diaz, Jr. vs. Zepeda, and participated in the media round table and will face a soon to be announced opponent for a round welterweight bout to defend his NABO title.

The days continue to pass and the fifth of November is getting closer every day to see a real battle in the United Arab Emirates, where both boxers will go out with everything to demonstrate and confirm their hierarchy, in an opportunity that neither wants to miss.

. Canelo Álvarez praises Golovkin at the end of the trilogy: “I’m just grateful to share the ring with him”
. David Faitelson dismissed “Gordito Power”: “Andy Ruiz will never be world champion again”
. Sporting greatness! Anthony Joshua hangs the Ukrainian flag on his shoulders and extols the gallantry of Oleksandr Usyk and his country