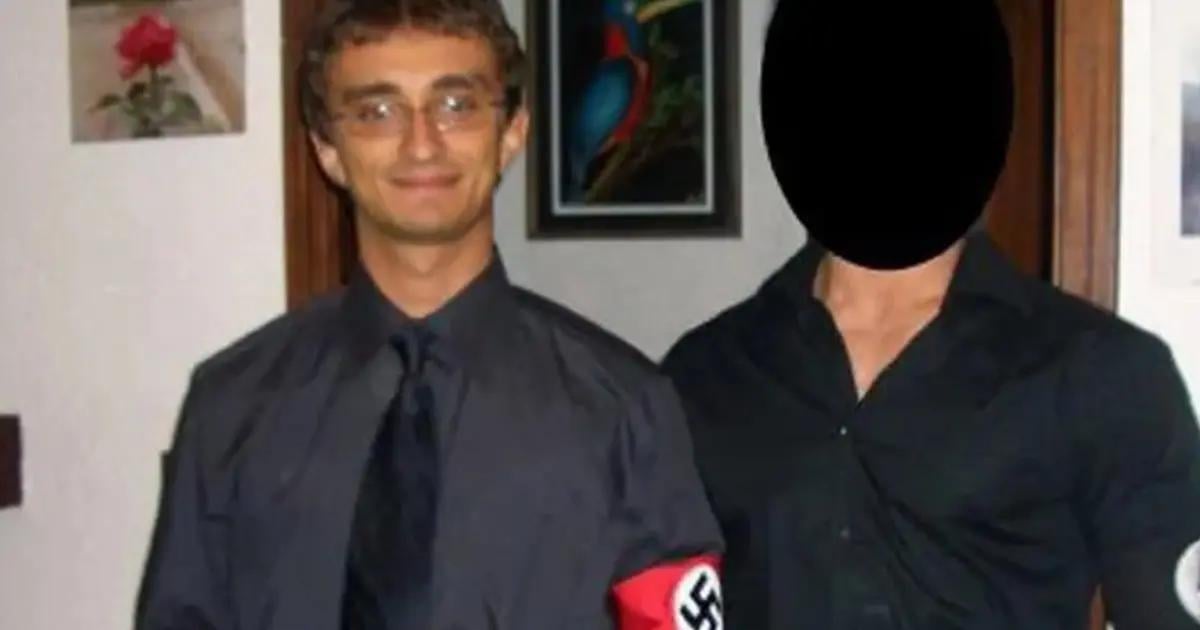 ROME – In its second week in power, the new right-wing government of Giorgia Meloni provoked controversy by appointing to its team a deputy known for a photo disguised as a Nazi and, above all, by approving a controversial new anti-electronic meeting decree.

Meloni has appointed Galeazzo Bignami as number two in the Ministry of Infrastructure, a deputy of Brothers of Italy (Fratelli d’Italia) already known for a photo in which he appears dressed in a black shirt and armband with the Nazi swastika, taken in 2005 at his bachelor party.

Born in 1975 in Bologna, central Italy, Bignami deplored that this photo, which first came to light when he was a Forza Italia deputy, had been re-circulated now, on the occasion of his brand new appointment to the Infrastructure portfolio. “I find it absurd that a photo taken in a private context and for which I have already apologized several times for having lent myself to be represented in a way that does not belong to me, is being proposed again cyclically and at a distance of almost 20,” he said.

“It is total and unconditional my firm condemnation for any form of totalitarianism, for any liberticidal and anti-democratic expression and even more for the absolute evil such as Nazism,” he added. Bignami, who claimed his correct political militancy, far from any ambiguity regarding the condemnation of anti-Semitism, reiterated that he felt “deep shame for those images and, understanding from the time its seriousness,” that he could not renew his apology. However, he considered that the photo was used to blame an individual behavior and to attack his current party, the post-fascist Brothers of Italy.

Beyond this commotion, the fact that Meloni approved a severe anti-electronic meetings measure in her first government decree triggered even more controversy.

Under a new article of the Penal Code (434 bis), “the invasion of land or buildings for meetings dangerous to public order or public safety or public health” will be a crime. Whoever plans events of this type, with more than 50 people, faces penalties of between 3 and 6 years in prison and fines of between 1,000 to 10,000 euros.

Due to a legal vacuum, Italy has become a sort of paradise for those who organize rave parties all over Europe, which are massive, last several days, and usually take place in wastelands or abandoned sheds where drugs of all kinds are used. Just in the last few days and in the middle of the long weekend for the feast of All Saints -which is celebrated today-, an illegal electronic party in the outskirts of the city of Modena had meant a first challenge for the new government. Although it did not close by force, the police talked with the organizers, and everything ended peacefully. With the new anti-electronic meeting decree, Meloni wanted to signal and mark a break with the recent past.

“We hope that, as it happens in other countries, the rule can be a deterrent,” explained the Minister of the Interior, Matteo Piantedosi, yesterday at a press conference with Meloni. Similar offenses already exist in countries like France and Austria, where illegal electronic parties managed to be dismantled.

As it could not be otherwise, the opposition came out today to harshly criticize the text of the decree for having a too broad formulation. For this reason, it could mean a turn of the screw for demonstrations of all kinds, such as union marches or student mobilizations.

The ex-premier, Enrico Letta, leader of the center-left Democratic Party, directly called for the withdrawal of the article from the reformed Penal Code: “it is a very serious mistake, the raves have nothing to do with a similar rule,” he denounced. “It is the freedom of citizens that is put under discussion,” he warned in a tweet.

Angelo Bonelli, the former president of Federazione Nazionale Dei Verdi (Federation of the Greens) and leader of Europa Verde (Green Europe), went even further: “I have carefully studied the regulation on raves presented by Meloni and Piantedosi, and I can affirm that with these provisions electronic parties have nothing to do, but that, instead, protest demonstrations that can range from occupations of universities, schools to mobilizations for environmental issues will be hit,” he warned, considering the new measure “liberticidal and fascist.”