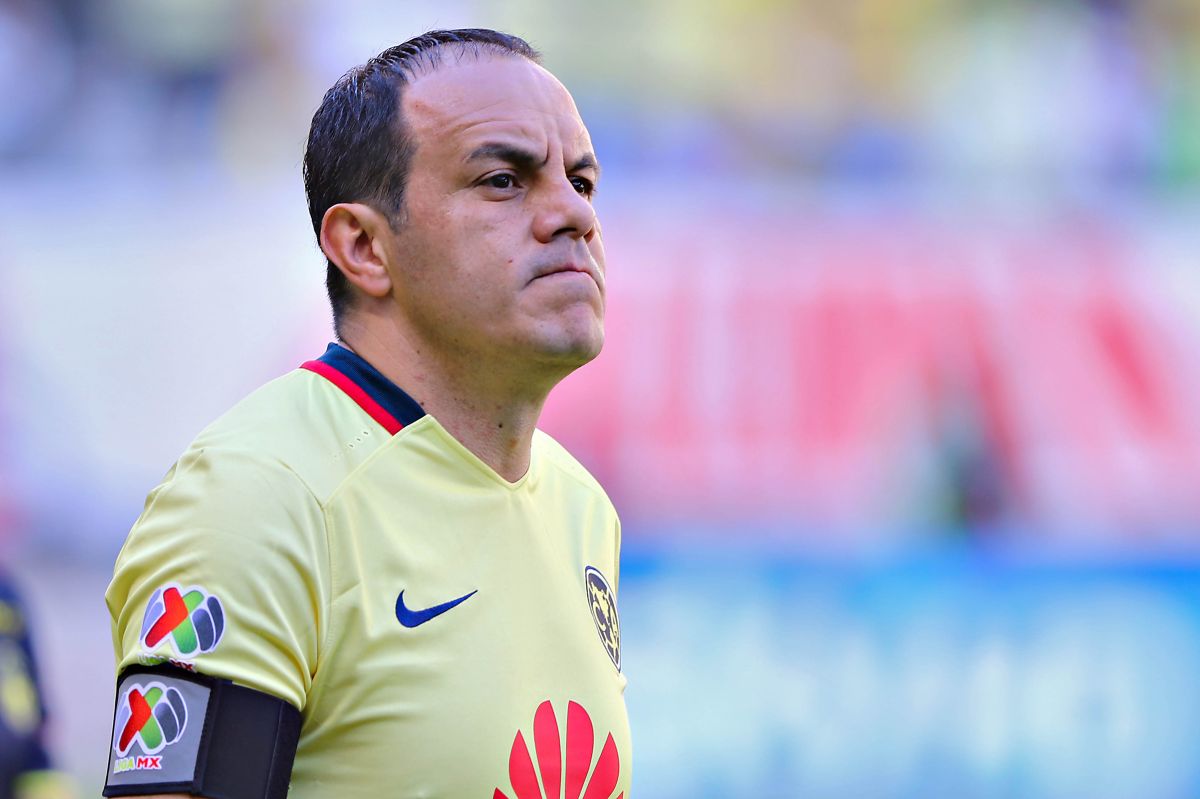 Cuauhtemoc Blanco today he is governor of the state of Morelos, in Mexico; but a few years ago he was the figure of the America cluba team to which he dedicated the best years of his life as a footballer, which is why he still carries them in his heart and it hurts him to see the situation they are going through, in which they are going through a bad football moment, because they are mired in bottom of the table, sharing last place with Santos Lagunaafter adding only 5 points out of 21 disputed.

This is why Cuauhtémoc Blanco raised his hand to direct the team of his loves, or to play a few minutes to show the players how the blue-cream shirt was defended before, all with the intention of doing his bit to get out of the crisis. to the Eagles.

“I don’t see a team wanting to get aheadto get the character, than we had before: pants, courage, pride, strength, and today I tell you ‘Give me a chance to play 20 minutes and you’ll see’”expressed a bit in a joking tone, since he knows that it would be difficult to put aside his political work to resume sports.

However, in the talk he had with André Marín for Fox Sports, he showed real interest in helping his team, whether from the bench or on the pitch, and said that I would be willing to prepare for a month to play at least 15 minutes and try to change the face of the team.

“TOEven if it is 15 minutes that they give me a chance, that they give me a month to prepare and I put my batteries at 49 years old. I think they lack a little more character, I don’t know what happens in the locker room. When you’re in the dressing room you realize many things, maybe there are groups, so you don’t know. I will always be an Americanist, I wish you good luck, because then if you speak badly they crucify you, because it is the reality that I am seeing, as a former soccer player and now as a fan of America. Of course it hurts, “he said.

A little later in the interview, the governor revealed his interest in taking the blue-cream helm, when André Marín asked him what he would say to the owner of the América, Emilio Azcárraga Jean, if he met him in a restaurant.

“Give me a chance to direct. give me chance”, he expressed; Then he said that there is trust between them, since they get along very well and he advanced that he is surely very worried: “We agreed to play a shell, we have a great relationship with him, he is a great guy, but he must be worried about what it is happening to America, since it had never happened before. There are several factors, it is also not known if he is the president or the sports director. The identity of Americanism has been lost in there,” he concluded.

“I’m pissed off”: Cuauhtémoc Blanco lamented America’s defeat at the hands of Pumas in the Liguilla

Henry Martín and his celebration “a la Cuauhtémoc Blanco”