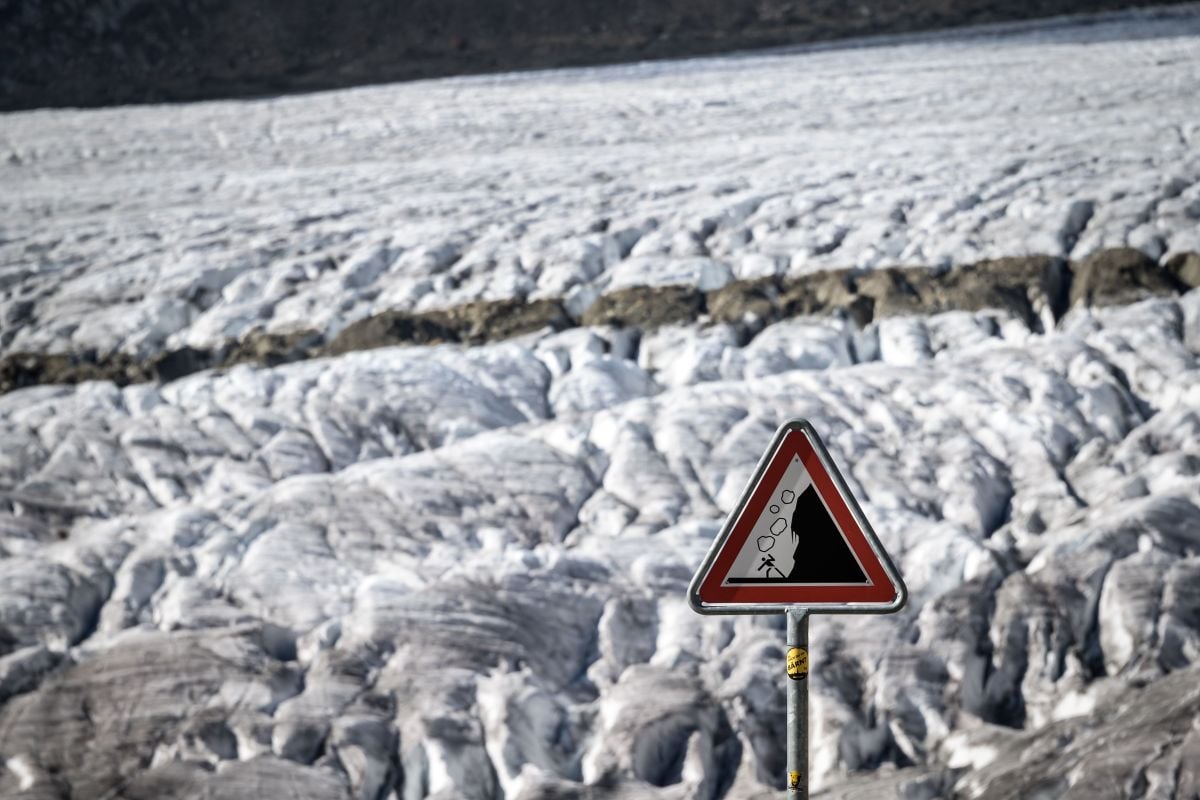 The remains of a “historic” plane crash, as well as two sets of unrelated human remains, have been revealed by melting glaciers in the Swiss Alps..

Although the investigation and “cleanup” of the site are ongoing, it seems that the parts of the plane belonged to a plane that crashed in the mountains more than 50 years ago.

The Air Force informed the Swiss Security Investigation Service that aircraft parts had been found in the Aletsch Glacierthe largest glacier in the European Alps, in the Swiss canton of Valais, on August 4, according to local Swiss police.

The 1968 plane crash in the Swiss Alps

Their investigation determined that the pieces belonged to the wreckage of a Piper Cherokee with license plate HB-OYL, which crashed at this location on June 30, 1968.

On board the plane were a teacher, a chief doctor and a boy from Zurich. The bodies were recovered at the time, but the remains remained there due to the unforgiving conditions in the mountains.

Things are changing in the area, however, due to rising temperatures associated with climate change, and many of the Alps’ glaciers are melting, unearthing some grim surprises from the past.

“At the time of the accident, more than 50 years ago, the technical means to recover aircraft wreckage in difficult terrain were limited. Due to the melting of glaciers, particularly in summer, it is possible that other pieces or remnants of the ice will be released,” the Valais cantonal police said in a statement.

Just a few weeks ago, in late July, two French climbers found human bones while scaling the Chessjen Glacier in the southern canton of Valais, the same region where the plane crash was discovered.

“I was a bit dizzy,” Luc Lechanoine, one of the mountaineers who discovered the body, told the Swiss newspaper Blick.

“We don’t know how long this person was there. Her clothes were neon-colored and ’80s-style,” and she added that the body was mummified and slightly damaged, “but still whole.”

A week before this discovery on the Chessjen glacier, another body was found on the Stockji glacier near the Zermatt ski resort, according to Swiss media.

The European Alps are not the only part of the world where climate change is revealing eerie relics of the past. Recently, drought-stricken Lake Mead near Las Vegas has revealed four sets of human remains that were previously sunk below water level.

Also read:
Earth is suddenly spinning faster than normal and records its shortest day
· The gigantic “atmospheric rivers” that regulate the climate of our planet
Archaeologists find 1,700-year-old Roman sandal in melted ice in Norway