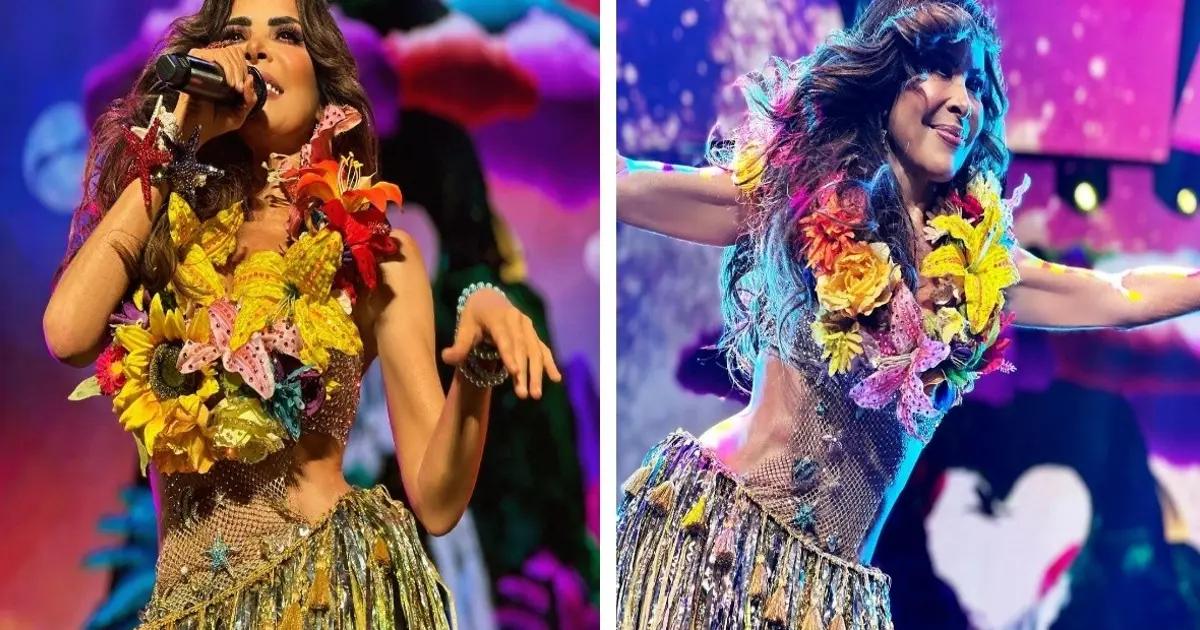 United States. – Mexican singer Gloria Trevi is touring the USA with her “Isla Divina World Tour.” During her presentation in Miami, United States, the singer had an accident with her wardrobe, which caused the public’s euphoria to see her in her underwear.

The embarrassing moment happened when Gloria Trevi was on stage performing the song “Pelo Suelto” when suddenly the miniskirt that covered a small part of her buttocks slipped down her body, falling completely to the floor, revealing the singer in her underwear.

Gloria Trevi, as a professional, continued with the show and, as if that were not enough, the accident in her wardrobe would not prevent her from continuing with the concert, because when she realized the event, she gave it zero importance and so in lingerie decided to continue with the show to the American public that was present to listen to the singer’s musical hits.

Through her social networks, Gloria Trevi thanked her fans for being part of this musical tour, “Isla Divina,” in which she presented 43 shows throughout the United States and with her exotic movements, costumes, and stenography, she managed to captivate her fans. Last night of the Isla Divina World Tour in the USA, but every end is a beginning. Thank you for 43 unforgettable trips to the bottom of your heart,” she added with photos and videos of the last concert on social networks.

Likewise, fans wrote to the 54-year-old singer through social networks to thank her for such a great show, in which, with heart and soul, she performed her greatest hits such as; “No quería Lastimarme,” “Ábranse Perras,” “Todos me Miran,” among many more that made fans jump with emotion.

For the moment, singer Gloria Trevi will return to Mexico to offer presentations of “Isla Divina World Tour” in Pachuca, Hidalgo, on December 3 at the Plaza Toro Vicente Segura and at the Expo Feria de Coatzacoalcos on December 11, 2022.