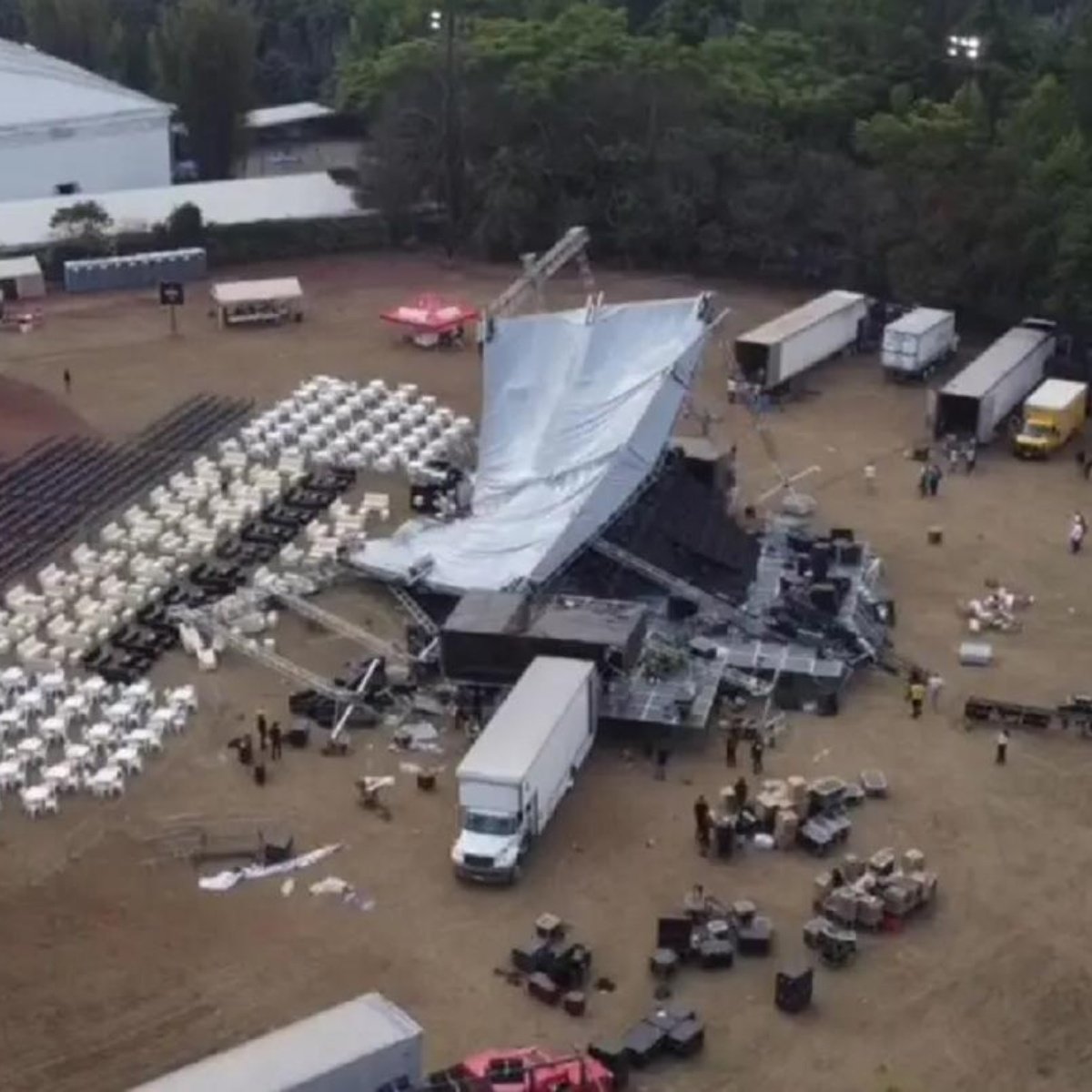 Gloria Trevi is one of the famous singers which has recently caused controversy. A few hours prior to starting her concert at the facilities of the Baseball field in the Library Services Unit (USBI), in Xalapa Veracruz, the stage collapsed.

And it is that after circulating photos on social networks about the spectacular accident of the collapse of one of the stage, the singer spoke through a video on her Instagram account and clarified that there was no fatality nor injured after the crash.

“Well, today has been a very intense day, because something happened that we did not expect and the structure of the stage literally fell to be able to present ‘Isla Divina’ here in Jalapa.”

That is what the famous singer Gloria Trevi began by saying, adding: “The truth is that this is something that we did not expect, but no one is exempt from an accident, thank God there were no injuries, that is the most important thing, no one from the staff, no one on stage.”

Could be interesting: VIDEO: Ángela Aguilar suffers an accident, continues dancing on stage and injures her ankle

The interpreter of hits such as “Todos me miran”, “Con los ojos cerrados”, “Pelo suelto”, among many others, pointed out that the structure was completely new and it was where she would present her show called “Isla divina” which she will no longer be able to to offer.

Despite what happened, he emphasized that his staff was able to build an alternate stage, to fulfill his presentation in which he will improvise with a show that will be original and completely new, also due to what happened, he announced that it will start at 11:30 p.m. .

“And if we are going to see each other, because I have told them that we must move on, that we do not give up.”

The singer does not surrender to anything

Continuing with her speech, the famous singer Gloria Trevi continued: “In this case we are not going to give up and we are going to present ourselves tonight here in Jalapa, in the midst of the storm, against all odds, it will not be able to be Island divine, because the stage being practically new was destroyed but I want to thank the staff guys a lot”.

“Because they are building a stage in another area to be able to present a concert, which is going to be very special because it is going to be an alternative concert…”, he explained.

It should be noted that at the moment the causes of why the structure collapsed are unknown, the interpreter Gloria Trevi thanked her followers for their understanding, affection and support for the incident and the delay in her presentation.