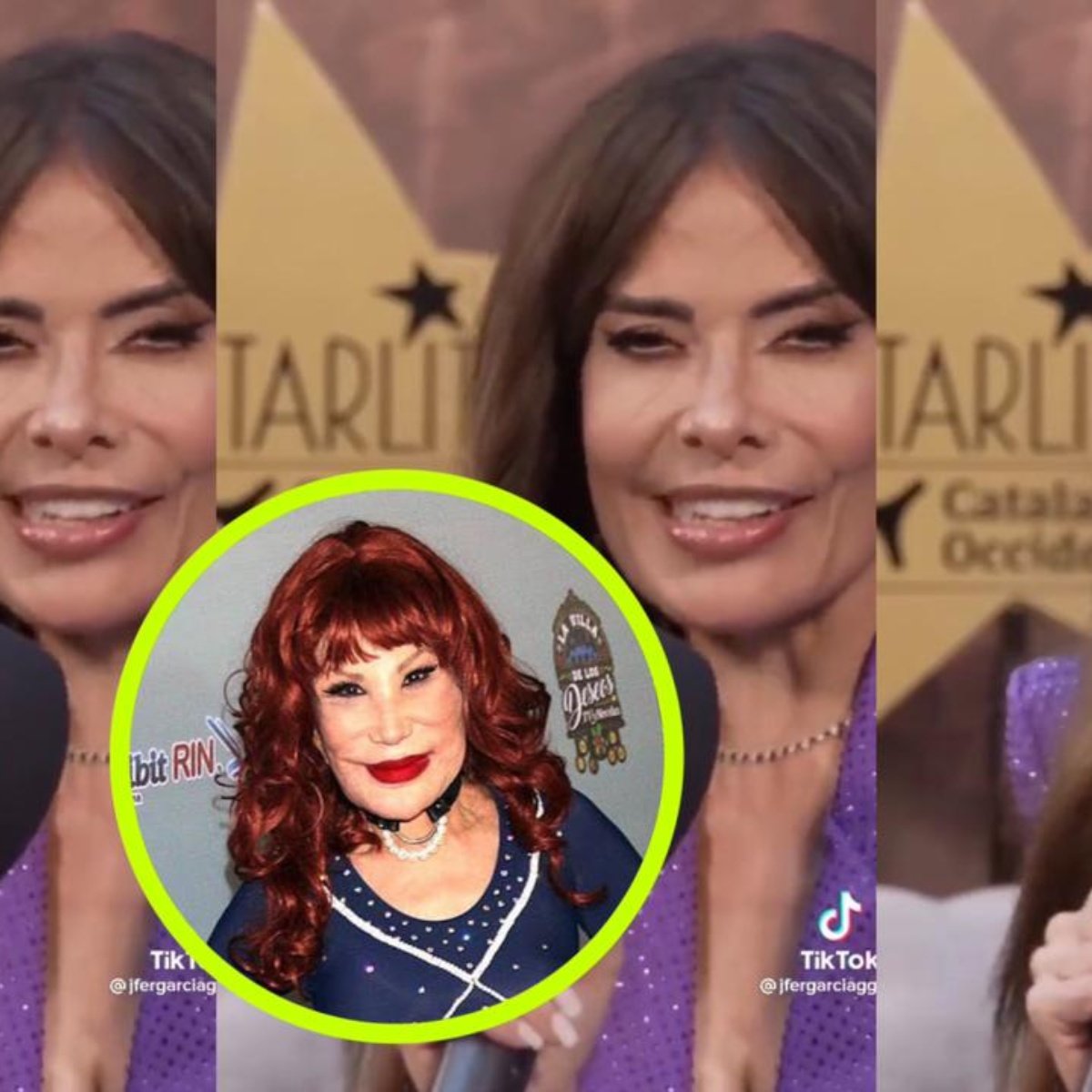 Gloria Trevi is a famous Mexican singer who social media users have recently criticized for the physical appearance of her face with whom she appeared in an interview.

It turns out that it was through a video posted on a Facebook page that users did not miss the opportunity to point out that the singer used too much botox while posing in front of the cameras.

It should be noted that the recording was taken from an interview they did with the singer Gloria Trevi during the Starlit festival in Spain, where Mónica Naranjo accompanied the famous.

Gloria Trevi’s face as Lyn May

In the video, Gloria Trevi can be seen with smaller eyes than usual, which caused ridicule from netizens, causing comments such as: “She looks like Elba Esther Gordillo,” “Don’t stain, the massacre looks better in Texas with everything and mascara,” “Do not stain haha ​​those who use botox in excess I have always said that it seems that they are going to sneeze or that it seems that they got a good scare.”

Many other users referred to the fact that the famous singer Gloria Trevi almost boasted a face like that of the renowned vedette Lyn May, who has always been controversial due to the deformity of her face after various aesthetic treatments.

IT MAY INTEREST YOU: TV Azteca seeks to prevent Gloria Trevi’s bioseries from airing.

Who is Gloria Trevi?

Gloria de Los Ángeles Treviño Ruiz, artistically known as Gloria Trevi, is a Mexican singer, actress, producer, composer, model, and businesswoman. She was born in Monterrey on February 15, 1968. As a child, she ventured into various artistic activities.

It is known that Gloria Trevi studied her early years at the “Antonio Repiso” Catholic School for Girls in Ciudad Victoria, Tamaulipas, where she won the title of “Queen of the School” as Yoyis I in 1975.

In 2006 she toured gay clubs in the United States, visited Spain, and began altruistic work through the non-profit organization “Ana Dalai” (in honor of her daughter, who died at the end of 1999).

On June 14, 2018, she released the single “Que Me Duela,” the first advance from her new album. On September 21, “Me Lloras” is released, recorded with Charly Black, a Jamaican reggae and dancehall singer. In October of that same year, Gloria Trevi released another single, “Ella Soy Yo.”

In 2020, she premiered her album “Diosa de la Noche (Live From The Arena Mexico City).” At the end of that same year, she released her latest single, “Ven A Cantar.”

On July 12, 2021, the talented Gloria Trevi premiered the single “Nos Volvimos Locos” with Guaynaa live during the Premios Juventud 2021, which was a complete success in the presentation.