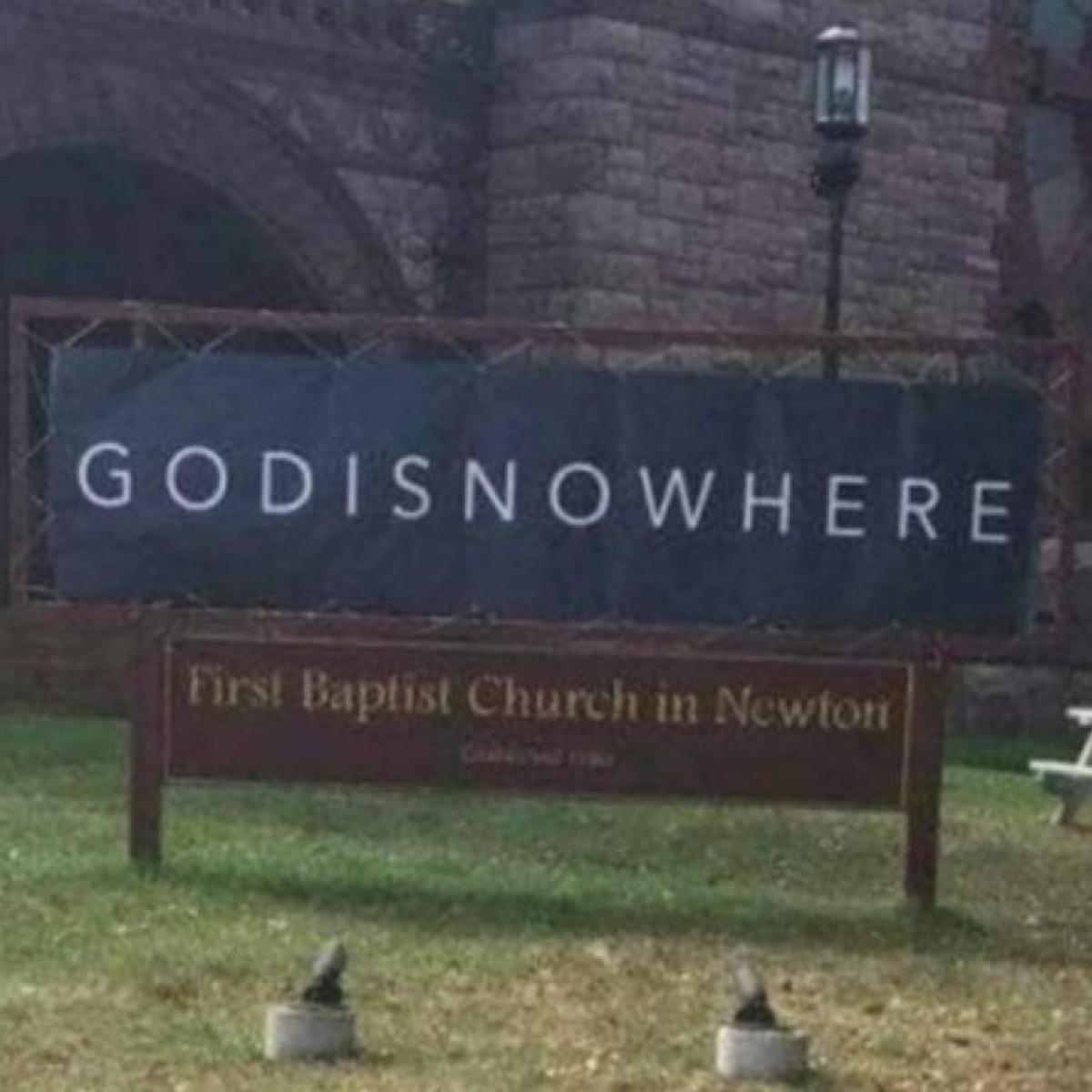 A curious sign in a Baptist church has attracted much attention and, in fact, has divided opinions about the “GODISNOWHERE” banner.

How would you read it? In American Post News, we tell you all about it.

The Baptist church in Newton welcomes its followers with a message that has divided many, not only those who attend the church since the text can be read by those who cross in front.

We conducted research, and we found out the text replaced what would have been the church schedule. Here’s the relevant Google Street Map, showing the banner’s text.

The poster in question has been popularized thanks to the Twitter account @Chiribeje, who shared it with the following message: “Very curious. If you are a believer, you read it in one way, and if you are an atheist in another,” he pointed out in a tweet that has quickly accumulated thousands of ‘likes.’

“GODISNOWHERE,” the controversial announcement of a church

The image shared on Twitter shows a poster placed in front of a religious building and can be read: “GODISNOWHERE,” which has divided Internet users since the phrase can be read in different ways.

And it is that the message makes sense according to the beliefs of whoever reads it since it has two reading possibilities: “GOD IS NOW HERE” or “GOD IS NOWHERE,” with very different meanings.

Of course, some commented on the subject. For example, a user who said: “But where is God going next?? It looks like a book signing. Normally I am very respectful of religious expressions, but I do not like this poster for atheists or believers.”

Reactions to the suggestive poster of a church

The image of “GODISNOWHERE” quickly went viral and accumulated thousands of ‘likes’ and comments about it due to the different versions of the real meaning of both phrases.