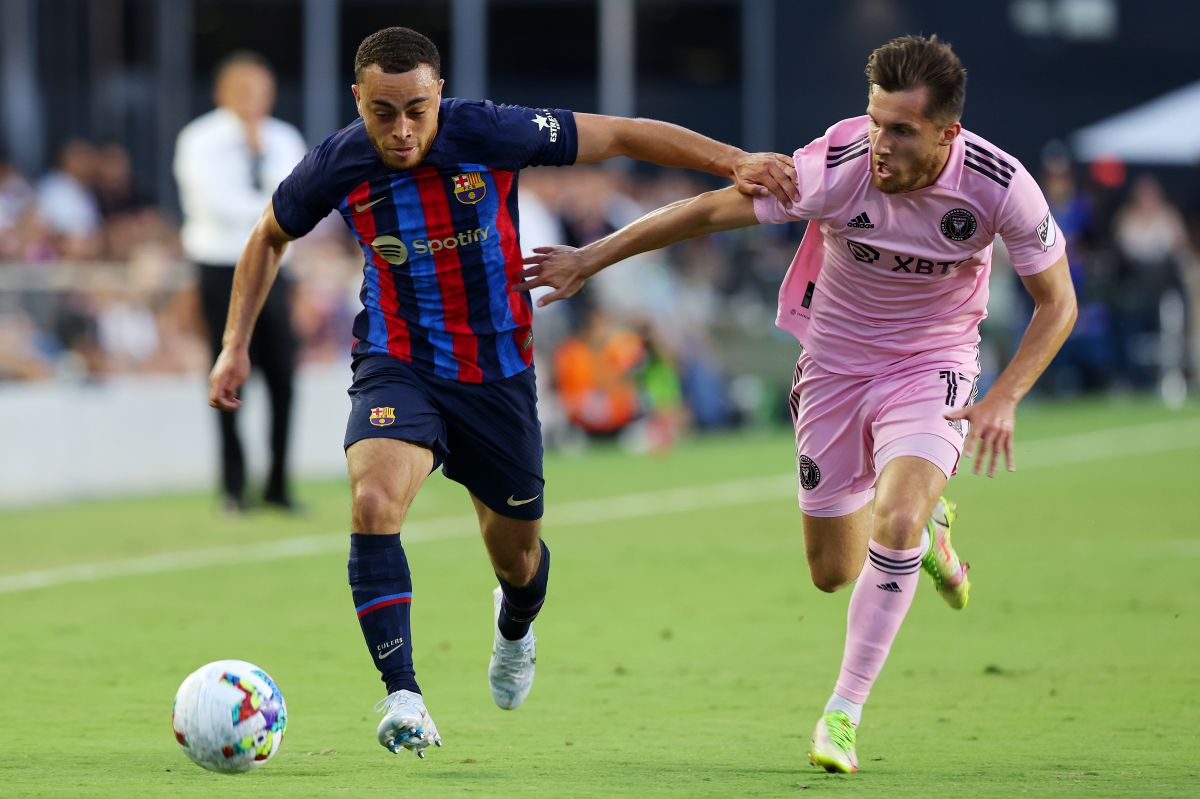 Barcelona has made official this Thursday the transfer of American footballer Sergiño Dest to AC Milan for the next season, as announced by the EFE news agency. It should be noted that in said operation a purchase option is also established between both clubs.

Although Barcelona has not made public the amounts of the operation for Sergiño Dest, the purchase option would be around $20 million dollars. The American winger arrived at Barcelona from Ajax in Amsterdam for $21 million dollarsplus bonus, in October 2020.

Sergiño Dest did not count for Xavi

The American winger, who did not count for Xavi Hernández, He has played 72 matches with FC BarcelonaHowever, he has not met the great expectations that were held for him by the Catalan club.

He initially acted as a right-back, but also played at left and also as a midfielder. Total, Dest has scored three goals and provided four assists during his stay at the Camp Nou.

Sergiño Dest’s situation was of concern in the United States environmentIt’s due to the lack of playing time for a key player in Gregg Berhalter’s scheme. However, the solution was sought until the end of the season and that was how the player was able to reach AC Milan within an agreement that benefits all parties.

Sergiño Dest arrives at a club with a long tradition, current champion of Italy and as if that were not enough, they will play in the UEFA Champions League. A round deal for a footballer who is very talented but who, however, from the culé entity preferred to open the way for him in other latitudes.

The lack of adaptation and the operation out of FC Barcelona

Dest’s departure is the second for FC Barcelona on this last day of market closure, after the separation of Martin Braithwaite, who has a foot and a half at Espanyol. He joins a series of discards by the Catalan entity that will allow him to clean up the team and be able to count on all the new signings.

In the stay of Sergiño Dest at FC Barcelona never finished being considered as a fundamental piece within the team in which he held different positions and did not end up convincing any of the strategists. Now the American has a new opportunity and the possibility of playing in the Champions League and reaching the Qatar 2022 World Cup with the United States.