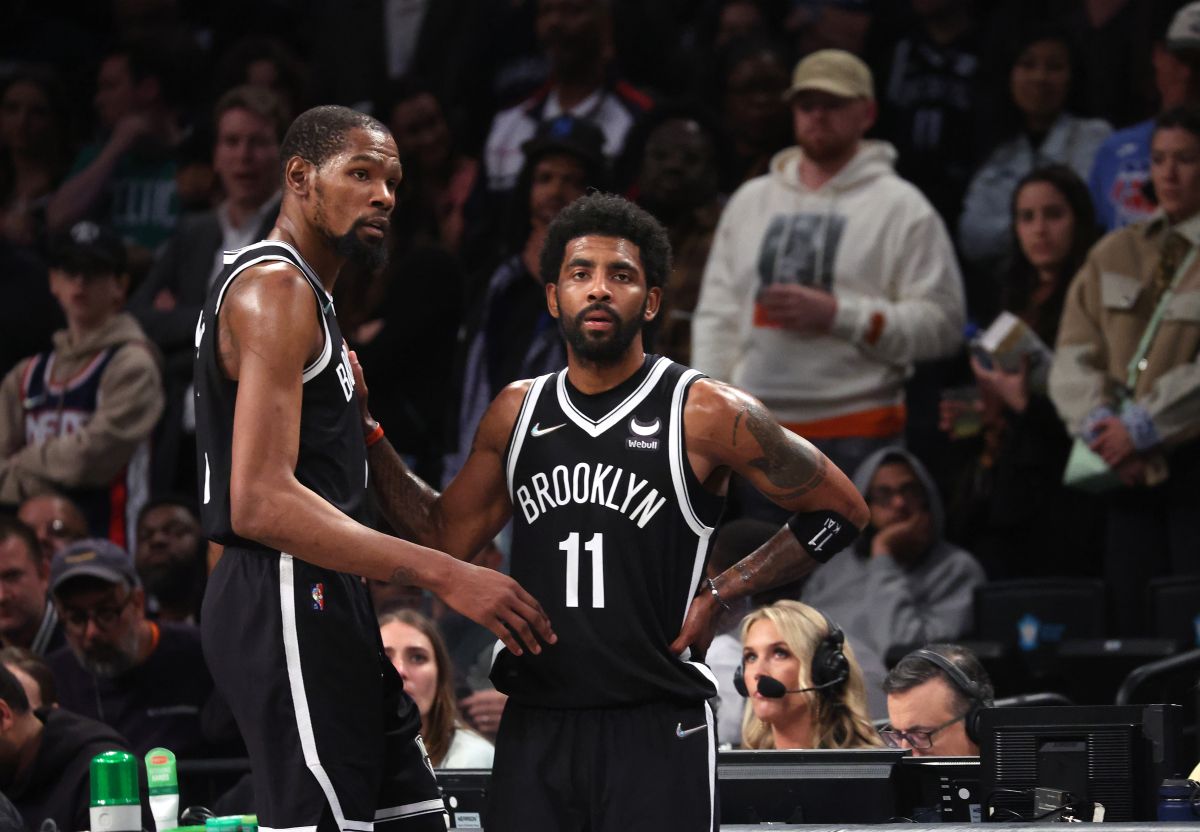 In New York continue to suffer a real earthquake due to the possible goodbye of Kyrie Irving and why not, the request for the transfer of Kevin Durant. In fact, as reported ESPN’s Brian Windhorst; Brooklyn Nets He is preparing to not be able to count on his top stars in the next season despite the fact that one of them has a current contract.

Irving has almost decided not to exercise the option on his contract for one more season and $ 30 million in exchange for joining Los Angeles Lakers beside Lebron James and thus rejoin the one who was his partner in Cleveland Cavaliers.

On the other hand, if his goodbye materializes, Kevin Durant will request to be changed, since one of the reasons why it landed in brooklyn it was to put together a feared “Big Three” with Irving and the “Beard” James Harden.

However, the high command of the New Yorkers have wanted to make it clear that they are preparing to say goodbye to their two top stars at once and not live again the episode of having the absence of one of the two on the court.

It is important to highlight that, Harden was transferred to Philadelphia Sixers beside Ben Simmons and Seth Curry to get back to the level of other organizations. However, with the goodbye of the Australian and “durantula” Brooklyn Nets You will have to start a new project from scratch.

Likewise, if both movements materialize, it will be a kind of atomic bomb in the basketball of the NBA, since both stars will be reinforcing the squad of other teams that are always candidates for the championship.

Finally, the millionaire project of Brooklyn Nets became a real failure after having invested so much money in these players that they couldn’t even play more than 20 games together.

Bombshell in the NBA: Kyrie Irving could leave the Brooklyn Nets and they see the Lakers as a possible destination